Is This a Photo of Trump's Thinning Hair Blowing in the Wind?

U.S. President Donald Trump's hair continues to be a subject of much online debate. 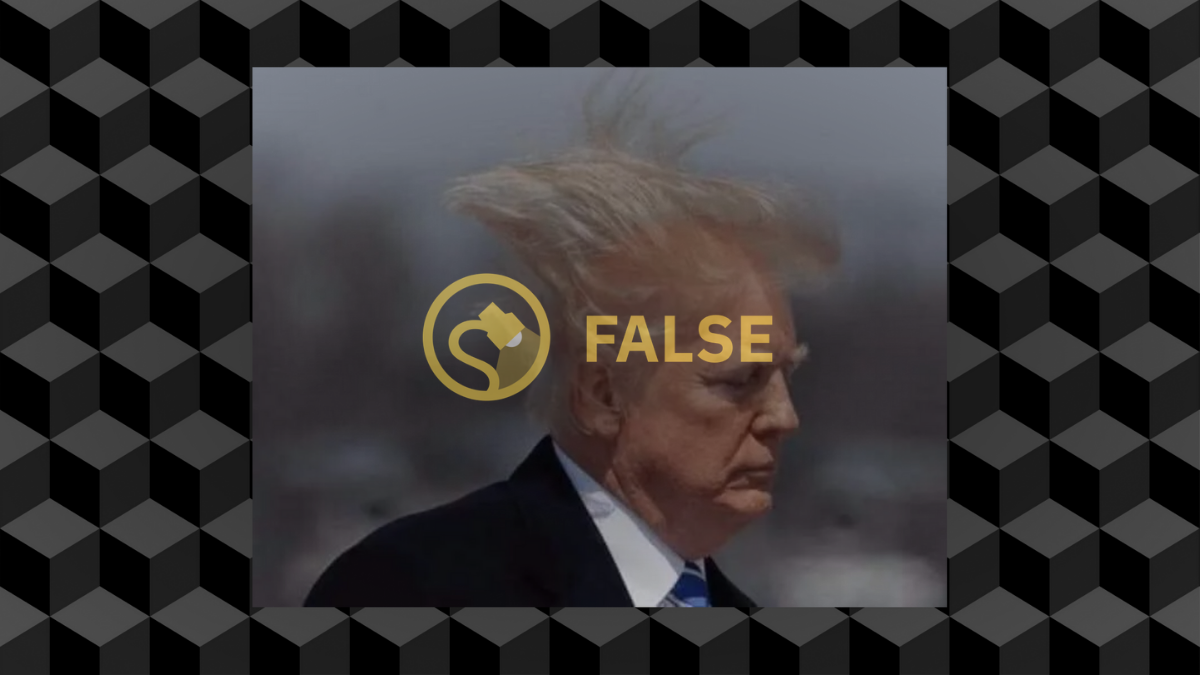 U.S. President Donald Trump's hair has been a subject of debate for decades. While there is photographic and video evidence that the president's hair may not be as full as it once was (he is, by the way, 73 years old), we've also encountered quite a few fake photographs that purported to show Trump as nearly bald.

In August 2019, we encountered yet another example of follicle fakery. A picture supposedly showing Trump's badly thinning hair blowing in the wind was posted to Reddit and Imgur, along with a caption that apparently tried to push the picture into viral infamy via the so-called Streisand Effect: "Donald Trump wants this picture removed from the internet. DON'T SHARE IT!" This is not a genuine photograph of Trump, and the president has not made any public comments about having this image removed from the internet.

This manipulated picture is based on of a genuine photograph of Trump snapped as he boarded Air Force One. The picture was taken in April 2018 by photographer Evan Vucci for Associated Press. A cropped version of the real image went viral after it was included in a Buzzfeed listicle of "12 Photos Of Trump Boarding Air Force One On A Very Windy Day."

The original picture is available via Associated Press with the caption: "President Donald Trump boards Air Force One for a trip to White Sulphur Springs, W.Va, for a event on tax policy, Thursday, April 5, 2018, at Andrews Air Force Base, Md. (AP Photo/Evan Vucci)"

The creator of the doctored photograph shown above retouched it to make Trump's hair appear thinner than normal. Here's a look at the fake photograph (left) and the genuine Associated Press image (right):