Although President Trump may change the scope of one government program to focus on Islamic terrorism, there is more than one government 'Terror Watch' program. 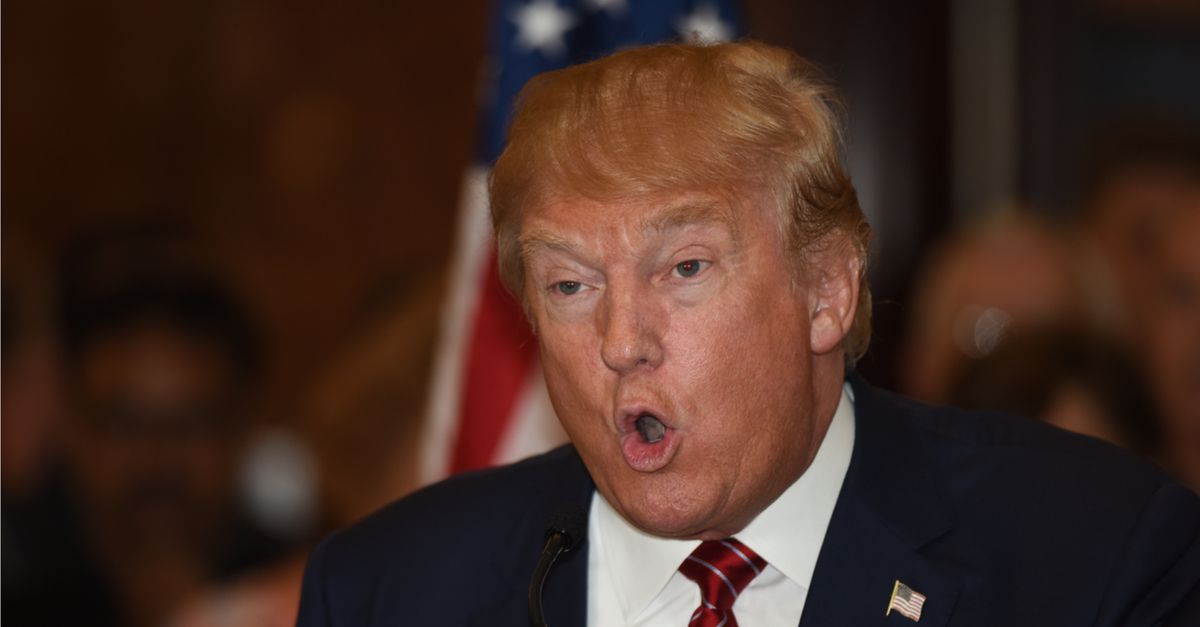 News reports in February 2017 suggested that President Trump may revamp the Countering Violent Extremism program so that it focuses solely on Islamic terror threats.

The Countering Violent Extremism change has not been officially announced, and white supremacy extremist groups are still listed as threats in other counter-terrorism programs.

Furthermore, the Reuters report explained that the proposed change would affect a specific program, Countering Violent Extremism (CVE), and not a general or global "Terror Watch Program":

The Trump administration wants to revamp and rename a U.S. government program designed to counter all violent ideologies so that it focuses solely on Islamist extremism, five people briefed on the matter told Reuters.

Such a change would reflect Trump's election campaign rhetoric and criticism of former President Barack Obama for being weak in the fight against Islamic State and for refusing to use the phrase "radical Islam" in describing it. Islamic State has claimed responsibility for attacks on civilians in several countries.

As of this writing, the Countering Violent Extremism program is still named that and still addresses domestic terrorism:

Violent extremist threats come from a range of groups and individuals, including domestic terrorists and homegrown violent extremists in the United States, as well as international terrorist groups like al-Qaeda and ISIL. Lone offenders or small groups may be radicalized to commit violence at home or attempt to travel overseas to become foreign fighters. The use of the Internet and social media to recruit and radicalize individuals to violence means that conventional approaches are unlikely to identify and disrupt all terrorist plots.

Here in the United States, acts perpetrated by violent extremists can have far-reaching consequences. Countering violent extremism (CVE) has therefore become a key focus of DHS’s work to secure the homeland. CVE aims to address the root causes of violent extremism by providing resources to communities to build and sustain local prevention efforts and promote the use of counter-narratives to confront violent extremist messaging online.  Building relationships based on trust with communities is essential to this effort.

Although President Trump may change the name and focus of the CVE, this Department of Homeland Security program is not the only federal counter-terrorism program. For instance, the FBI's Terrorist Screening Center, informally known as "the watchlist," would not be affected by President Trump's purported plan. The FBI tracks domestic terrorists as well as foreign terrorists, and specifically includes white supremacist groups on their web site:

What They Believe: White supremacy extremists are motivated by a hatred of other races and religions. Some try to achieve their political and social goals through violence. These violent extremists often wrongly believe that the U.S. government is hurting the country or secretly planning to destroy it.

Who or What They Target: White supremacy violent extremists target the federal government and racial, ethnic, and religious minorities. Their methods have included murder, threats, and bombings. As just one example, white supremacists attacked a pair of Middle Eastern men on New Year’s Eve in 2011, punching one victim in the face and head.

In November 2017, CNN reported that more "rebranding" is anticipated:

President Donald Trump's 2018 budget proposal included steep cuts to a number of grant programs run by the Department of Homeland Security that go toward terrorism and violent extremism preparedness and prevention.

All told, more than $300 million is slated to be cut from such programs.The administration has also folded two counterterror grant programs altogether, and is in the process of rebranding the Obama administration's Countering Violent Extremism office.