Did the Trump Team Accidentally Reveal an 'Extreme' Immigration Plan?

While one of Trump's potential cabinet picks unwittingly revealed his harsh immigration proposals, it is inaccurate to claim it's Trump's plan. 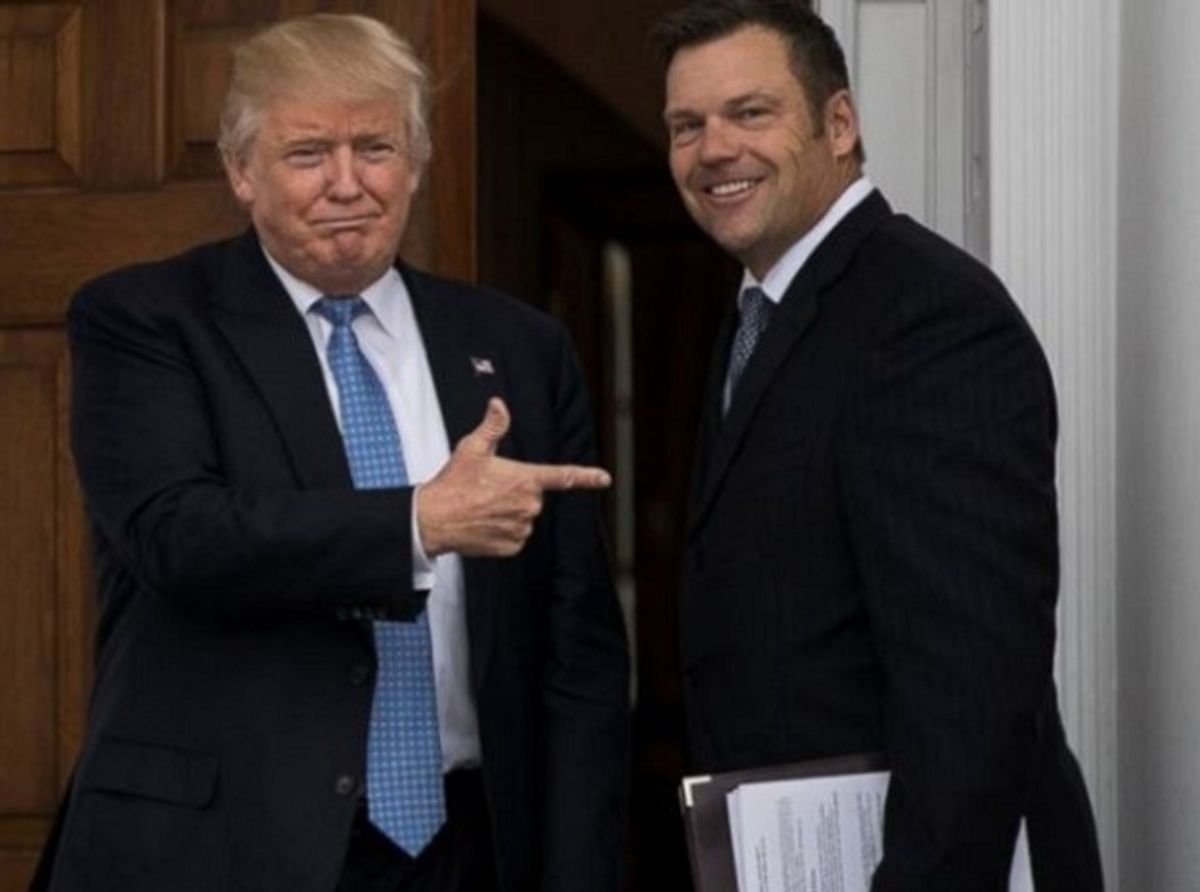 Kansas Secretary of State Kris Kobach could be one of President-elect Trump's cabinet selections and brought with him apparent proposals on immigration to a meeting with Trump.

It has not yet been confirmed that Kobach will be selected by Trump, or that any of his proposals will be acted on.

On 21 November 2016, social media lit up with a story about Kansas' secretary of state, Kris Kobach, unwittingly showing his plans for Homeland Security in a press photograph:

Kansas Secretary of State and avowed Islamophobe Kris Kobach is being considered to lead the Department of Homeland Security, but failed to put his plans for said agency in a folder, or have a cover sheet, or anything at all to prevent the public from zooming into them: The post contains a photograph taken on 20 November 2016, showing President-elect Donald Trump at Trump's golf course in New Jersey as he is about to meet with Kobach.

According to the Topeka Capital-Journal, Kobach's name is being floated to lead the Department of Homeland Security. In the photograph, taken by Associated Press photographer Carolyn Kaster, Kobach is seen clutching a stack of papers and a leather folder. Multiple news publications rotated and magnified the document so that the areas that were not covered by his arm and hand could be read:

The document reads, in part:

Record Number of Criminal Aliens in the First Year

NSEERs stands for National Security Entry-Exit Registration System, a controversial practice that was phased out in 2011:

The program consisted of a series of controls designed to collect information, fingerprints, and photographs of certain noncitizens entering and living in the United States, and to monitor their status and movement once within the country's borders. From its inception, it was determined that NSEERS would only target male noncitizens of a certain age from predesignated countries.

The program drew criticism from various civil and human-rights groups, members of Congress, and at least one committee of the United Nations. Specifically, NSEERS was censured for its focus primarily on nationals of Muslim-majority countries, its alleged inability to identify terrorist threats, and the strict legal and immigration consequences put in place for participant noncompliance.

Though the "special registration" portion of the program, which required noncitizens from the selected countries who were already present in the United States to report for questioning before immigration officials, was suspended at the end of 2003, other portions of the program remained in effect. The recent announcement by DHS has effectively ended the program in its entirety.

Aside from reinstatement of NSEERs, the visible portion of the document also calls for reducing to zero the intake of Syrian refugees, as well as what appears to be a proposal about the U.S.-Mexico border:

[O]bscured references to the arrest and removal of illegal aliens, '386 miles of existing actual wall,' the post-Sept. 11 PATRIOT Act, and voter rolls. “Draft amendments to National Voter —” can also be seen, perhaps a reference to the National Voter Registration Act.

While Kobach could be selected by Trump to head the Department of Homeland Security, no determination has been confirmed. Further, if Kobach is selected, there's no guarantee the policies on the document will be acted upon — though they are not far afield from promises Trump made on the campaign trail to clamp down on Muslim immigration and deport all undocumented people living in the United States.