JebBush.com redirects to the web site of Donald Trump, but a purported tweet from Trump taunting Bush didn't come from Trump's official account. 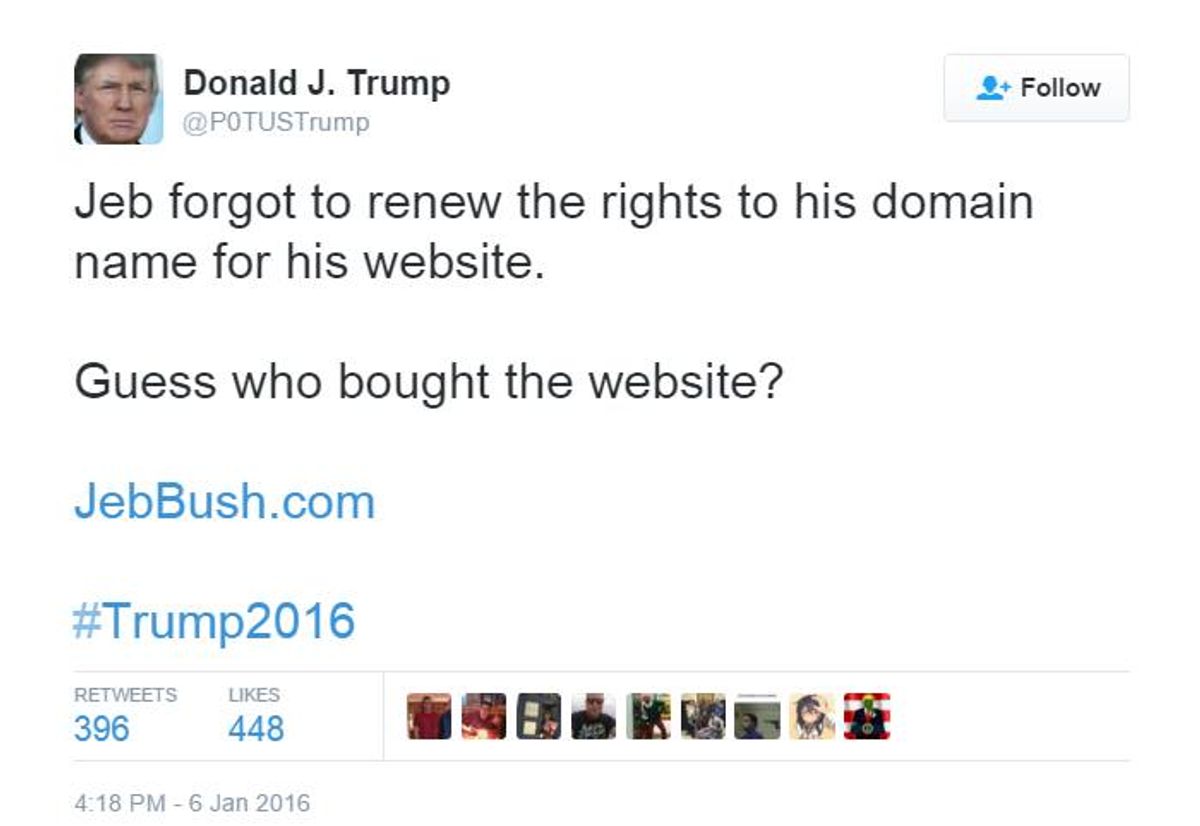 In early February 2016, JebBush.com redirected to the web site of Donald Trump.

Trump tweeted boasting about the redirect; the Trump campaign appeared to be responsible.

Who was responsible for the redirection.

On 15 February 2016, social media users began sharing the above-reproduced tweet. On first glance, it appeared to be a boast from Donald Trump about registering JebBush.com because Bush's campaign "forgot to renew" the domain. The redirection wasn't actually news in January or February 2016; on 7 December 2015, The Hill reported:

A site with the domain name JebBush.com redirects to the real estate mogul’s official presidential campaign page, donaldjtrump.com, and features Trump’s slogan with options to support or donate to his campaign.

It wasn't clear whether Bush ever maintained a web presence at JebBush.com; no cached copies were available through web archive sites. Domain registration records indicated that the Trump campaign wasn't necessarily linked to the prank: Ultimately, it was true JebBush.com redirected to Donald Trump's web site. But Trump didn't brag about the redirect on Twitter, nor was he likely responsible for it. Finally, it didn't appear Bush's campaign ever maintained a web site at JebBush.com for any parties to specifically "take over." It wasn't clear who specifically registered the domain, set up the redirect to Trump's site, or why they did so.