Reports that Canadian film producer Chris Ball was bloodied shortly after the election by supporters of Donald Trump lacked some important details. 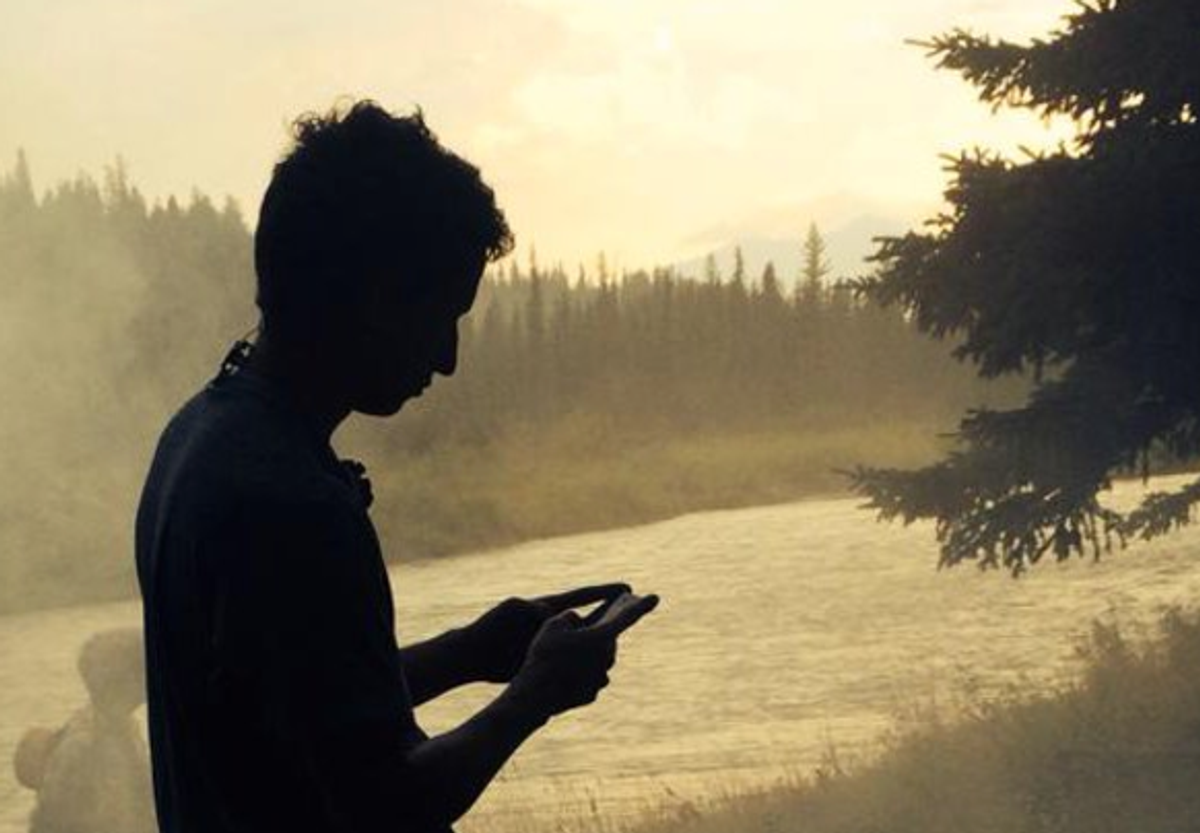 After the 2016 U.S. general election wound down, stories of a more dangerous United States began popping up on social media. According to one such story, gay Canadian film producer Chris Ball was badly beaten outside a bar in Santa Monica, California, by several Donald Trump supporters who had been emboldened by the vote's outcome.

The web site USUncut reported on the claim and shared moderately graphic Facebook screenshots documenting the aftermath of the purported attack:

Trump supporters shouted slurs at a gay man from Canada who was in a Santa Monica, CA bar Tuesday night watching Trump win the Presidential election, and upon leaving the bar, the man says, these supporters attacked him.

Calgary filmmaker Chris Ball said that he was watching the election results when supporters of the Republican candidate began to lob epithets. ‘We got a new president you fucking faggots,” they said, Ball told Metro Calgary.

When Ball left the bar alone later in the night, Trump supporters followed him to an alley way and assaulted him, Ball said. The last thing he remembers before awaking bloody on the pavement was having a beer bottle smashed over his head. Friends took him to the hospital. According to that article, the incident took place on 8 November 2016, the night of the election. The next day, Facebook user K.C. MacPherson shared one of the images and wrote:

My good friend, Chris Ball, was bottled in the face by a celebratory Trump supporter — because he is gay.

I try hard to understand different points of views, perspectives, and avenues when it comes to politics, but when the realities of the time we live in are so stark it really breaks my heart. This is real, and the mentalities and mindsets behind it are very real as well. This hatred, bigotry, and senseless violence all comes from the same part of America that voted in a demagogue who spits hatred as his rhetoric.

This isn't where the world needs to be heading, this isn't what we should be seeing in the world. It's 2016. We're all equal, and all deserve the respect to live our lives how we choose. I hope this isn't a sign of where we're going as people.

Please take the time to reflect on what is going on in the world, and the things you can do to keep the world free of hate - hate that is becoming all too common now of days.

Little information was provided about the circumstances leading up to the bar fight, although earlier reporting quoted Ball as saying the images made his injuries seem worse than they actually were:

Calgarian Chris Ball was left with five staples in his head from the hospital — but he said the bloody picture makes it look worse than it really was.

Ball spent the evening in a Santa Monica, Calif. bar watching poll results come in. As the election progressed, he said attitudes in the bar became more and more heated — on both sides of the campaign.

“People started launching homophobic slurs at me from afar,” he said. “I mean, I kind of got into it, but I didn’t want to provoke them.”

They were saying things like, ‘We got a new president you f--king faggots.’

When he later left the bar, alone, he was walking through an alley when he was jumped by a group of men — one of which smashed a bottle over his head ... He fell back, his head smashing against the concrete, where he blacked out.

“When I came to, I remember waking up and wiping the blood from my eyes. I called some friends, they picked me up and I went right to the hospital,” he recalled ... In retrospect, Ball doesn’t think it was really a political issue — it was a hate issue, fuelled by the charged atmosphere of the election night, with a group of drunk people who used Trump’s rhetoric as an excuse to get in a fight.

That account provided a version of events that was not so clearly partisan, with bar patrons engaging, as they sometimes do, in heated rhetoric. Ball said he left the establishment alone and claims he was jumped by a group of men, but not necessarily anyone who had followed him outside from the bar.

It is possible that the men who purportedly attacked Chris Ball were Trump supporters emboldened by the candidate's win. However, Trump supporters might point to images captured just before the election as counter-evidence:

On 10 November 2016, the Santa Monica Police Department published a post to their Facebook page casting further doubt on Ball's story:

You may have seen an unconfirmed story regarding a possible hate crime incident involving a “Chris Ball” alleging he was assaulted in Santa Monica on election night, November 8, by “Trump Supporters”.

None of the reports we found about Chris Ball's altercation with purported Trump supporters mentioned a location, cited a police report, or any provided information substantiating his attackers' motives. The account could have been completely accurate, but the event it described also could have been a garden-variety bar fight that took place after what turned out to be an exceptionally tense night in the United States.