Did President Trump Say Suicide Bombers Should Get the Death Penalty?

Maybe this news should be delivered with a wink. 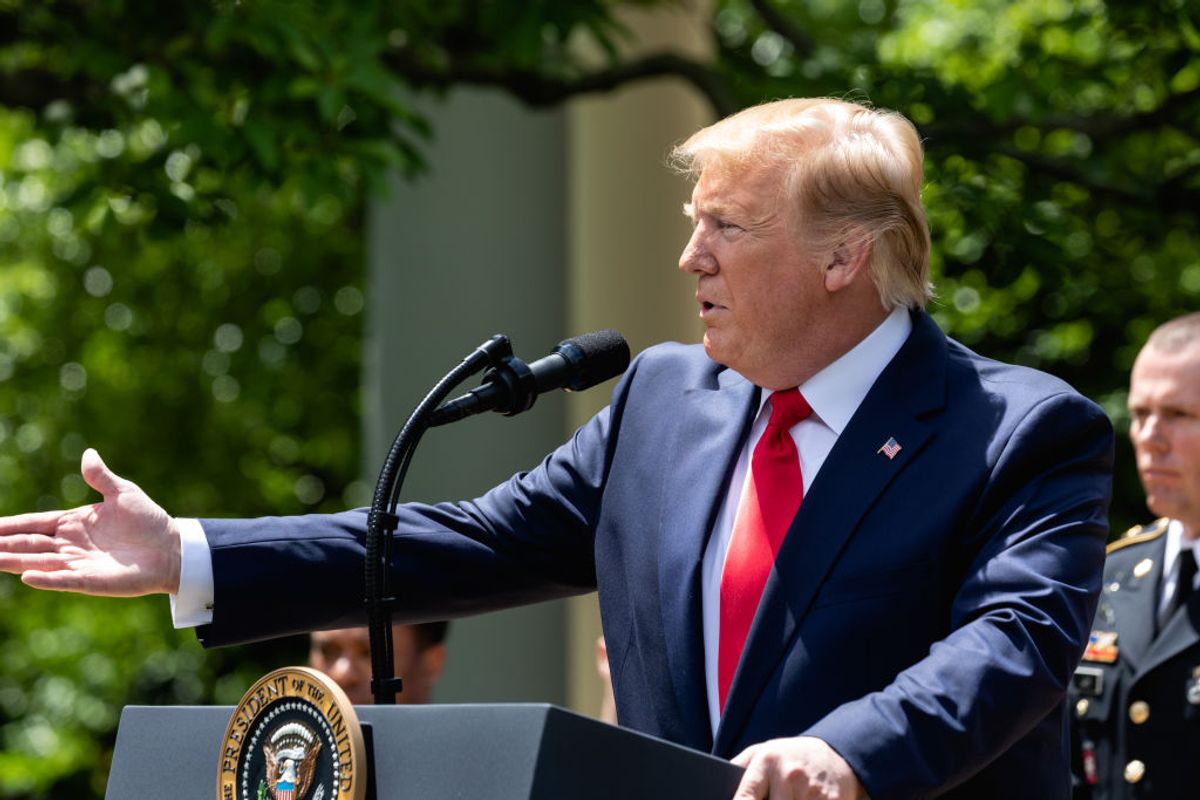 The joke here, of course, is that sentencing someone to death who is already dead is a bit redundant, and that if this quote were real, Trump didn't realize the statement is illogical.

But this is not a genuine quote from the president.

The idea that he said suicide bombers deserve the death penalty comes from a satirical article published by the website Breaking Burgh in May 2017.

That article, entitled "Trump Fires Up Base With Call For Death Penalty For Suicide Bombers," contained several fictitious quotes from Trump expressing this illogical viewpoint:

“Anyone who terrorizes and kills good people by suicide bombing deserves nothing less than the highest penalty, which is to pay with their life.”

“If you detonate yourself with high explosives in the United States, I will make you regret it. Believe me.”

“Our vengeance will be swift against those extremists who blow themselves up.”

Breaking Burgh is a satirical publication. A disclaimer on the website reads: "Welcome to Breaking Burgh, a satirical blog serving Western Pennsylvania and beyond. In case you read that too quickly, it’s SATIRE, so put that lawyer back in your pocket."

We've encountered a number of such false rumors aimed at mocking Trump's intelligence.