Did the embittered former president really tell his supporters to "boycott the midterm elections"? 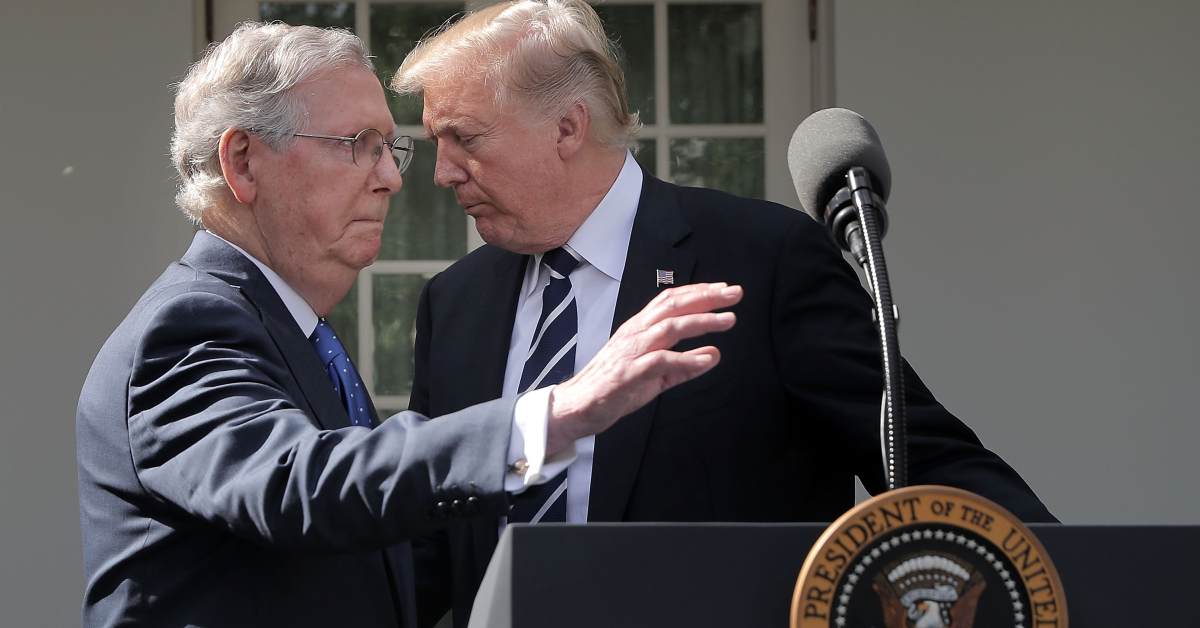 Claim:
In the spring of 2022, Donald Trump told his supporters to "stay home" instead of voting in the Nov. 8 midterm elections if his candidates of choice do not win GOP primaries.
Rating:

The statement shared widely in April and May 2022 was a fabrication, but Trump has in the past made remarks that suggest he would welcome his supporters' abstention from general elections, rather than voting for comparatively moderate Republicans.

In April and May 2022, social media users enthusiastically shared what was presented as an official statement from former U.S. President Donald Trump, in which he appeared to encourage his supporters to boycott the Nov. 8 midterm elections if his own Republican candidates of choice did not win the party's nomination in the midterm primaries.

The statement was bogus and a fabrication, so we're issuing a rating of "Misattributed." However, Trump has in the recent past suggested he might encourage his supporters not to vote at all, rather than vote for comparatively moderate Republicans, a position that is not substantively very different from the one outlined in the fake April 2022 statement.

The statement appears to have first been posted on April 28, by @HalfwayPost, a Twitter account that self-reportedly produces "satire and liberal comedy." The caption read "Donald Trump has a wonderful new election strategy," and the fake statement read:

If the tough and freedom-loving candidates I've endorsed for Congress lose their primaries this summer, I invite all the Great MAGA Patriots to BOYCOTT the midterm elections in November. There's no point in GOP majorities if Mitch McConnell is calling all the shots.

Apparently he's saying my candidates are crazy and unelectable, but he's the biggest RINO in history! So we don't want a Senate full of weak losers like Mike Pence, Mitt Romney, and their Menopausal Friends who won't say the election was RIGGED. So if we can't MAGA, stay home in November! The statement was also prominently reposted by Mike Madrid, of the anti-Trump Republican Lincoln Project.

In reality, Trump never issued that statement. Three consistent and reliable sources of his official statements — his website, spokesperson Liz Harrington, and spokesperson Taylor Budowich — contained no record of him having issued such remarks between April 27 and May 2.

Those absences alone constituted conclusive evidence that the statement was bogus, and Harrington confirmed as much on April 29, when she described it as "disinformation."

While Trump did not issue the in-question statement, he has in the past made remarks whose substance and meaning — if not style or phrasing — were quite similar.

For example, in October 2021, he issued an official statement, on his website, in which he suggested GOP grassroots voters might reasonably be expected to boycott the party's candidates in upcoming elections unless greater support is given to Trump's already-debunked claims of electoral fraud in his defeat to U.S. President Joe Biden:

"If we don’t solve the Presidential Election Fraud of 2020 (which we have thoroughly and conclusively documented), Republicans will not be voting in ‘22 or ‘24. It is the single most important thing for Republicans to do."

Similarly, in March 2022, he said at a rally in Georgia that his supporters would supposedly boycott the state's gubernatorial election in November, rather than vote for the Republican incumbent Brian Kemp — a favorite villain of Trump's in his baseless electoral fraud conspiracy theories — if he were to win the GOP primary. Trump said:

"If Brian Kemp is re-nominated, he will go down in flames at the ballot box... Trump voters will not go out and vote for Kemp. They're not going to vote."

Save America. https://www.donaldjtrump.com/news. Accessed 2 May 2022.

Statement by Donald J. Trump, 45th President of the United States of America. https://www.donaldjtrump.com/news/news-dvacp8fbpv868. Accessed 2 May 2022.