Does a Book Call Trump 'The Son of Man, The Christ'?

A picture of a flyer showed the book title, "President Donald J. Trump, The Son of Man - The Christ," followed by the author's name, Helgard Müller. 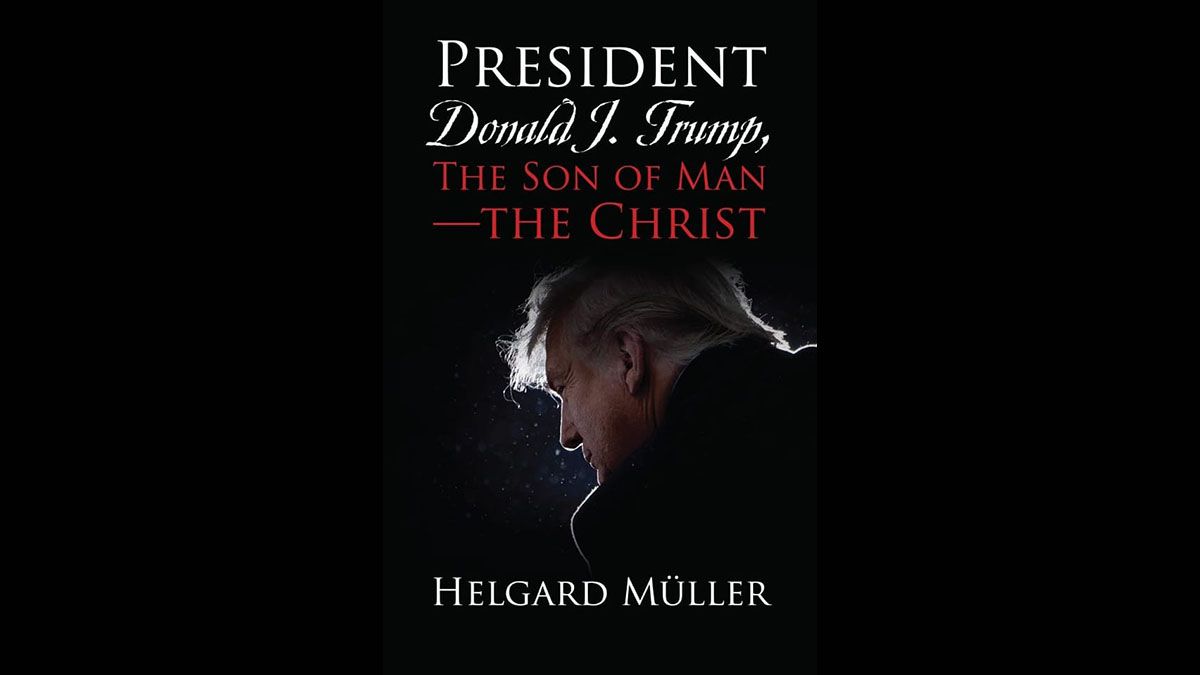 Claim:
A book that names Donald Trump as "the son of man" and "the Christ" was promoted by its author at multiple rallies for the former U.S. president.
Rating:

Author Helgard Müller said that he believes there are two Christs, with Jesus being the son of God who was betrayed by Judas, and Trump being the son of man who was "betrayed by [former U.S. Vice President Mike] Pence." He also claimed that his book, "President Donald J. Trump, The Son of Man - The Christ," was not satire.

In September 2022, a Twitter user posted that flyers were available at a rally held for former U.S. President Donald Trump that named him as "the son of man" and "the Christ." It was true that the flyers showed the cover of a real, published book from author Helgard Müller, titled, "President Donald J. Trump, The Son of Man - The Christ."

Müller confirmed to us via the Messenger app that he personally handed the flyers out at the most recent Trump rally in Youngstown, Ohio, which took place on Sept. 17. "I did hand the flyers out. I gave them to the people in line. Some were sitting," he said. We also asked him if anyone with Trump's campaign or team had ever handed out the flyers in any official capacity. "No," he answered. (We were notified by Courier-Journal columnist Joe Gerth that the picture of the flyer in the tweet was taken by him in Kentucky on Sept. 10.)

Posts on Müller's Facebook page showed that he traveled with a trailer (the small one below) and some signage to help promote his book at Trump rallies. The book's release appeared to have been around March 2022.

"Is this satire?," a Facebook commenter asked. "Nope," Müller answered. "The real deal."

Another Facebook commenter asked for an explanation, posting, "What!!?? Trump...The Christ? Are you pulling our leg?" Müller provided an answer by pointing to his interpretation of Bible verses, saying he believed the son of God to be Jesus Christ, and the son of man to be Trump, meaning he believed there to be two Christs:

You know that Jesus, the Son of God always spoke about the Son of MAN in a third person?

"For whosoever shall be ashamed of me and of my words (Jesus, the Son of God), of him shall the Son of man be ashamed, when he shall come in his own glory, and in his Father's, and of the holy angels."

Have you not notice how Jesus, the Son of God spoke in the first person about himself and always referred to the Son of MAN in the third person?

Müller also told us that he believed there to be a comparison between Jesus being betrayed by Judas and Trump purportedly being "betrayed by Pence," purportedly referring to the former U.S. vice president's decision to follow the U.S. Constitution rather than overturning the results of the 2020 U.S. presidential election based on conspiracy theories. (In reality, no credible evidence of massive voter fraud has ever been produced to show that the election was "stolen," as Trump often claimed.)

Following the Ohio rally, Müller uploaded a video that provided a longer explanation as to why he believed Trump to be "the son of man" and "the Christ," as mentioned on the cover of his book. "Don't get offended. Don't say, 'Ew, that's blasphemous,'" he said. "Jesus is the king of the Jews. Trump is the king of kings."

In sum, yes, it's true that flyers were being handed out at a Trump rally for a book that called Trump "the son of God" and "the Christ."

On Sept. 20, 2022, the picture for this story was changed to the book cover after we were notified that the photograph of the person holding a flyer originated from a journalist. A typo involving former U.S. Vice President Mike Pence's name was also corrected.