Donald Trump Sold an Apartment to a Brutal Haitian Dictator?

He sold the Trump Tower apartment to Jean-Claude "Baby Doc" Duvalier through a Panamanian shell corporation in 1983. 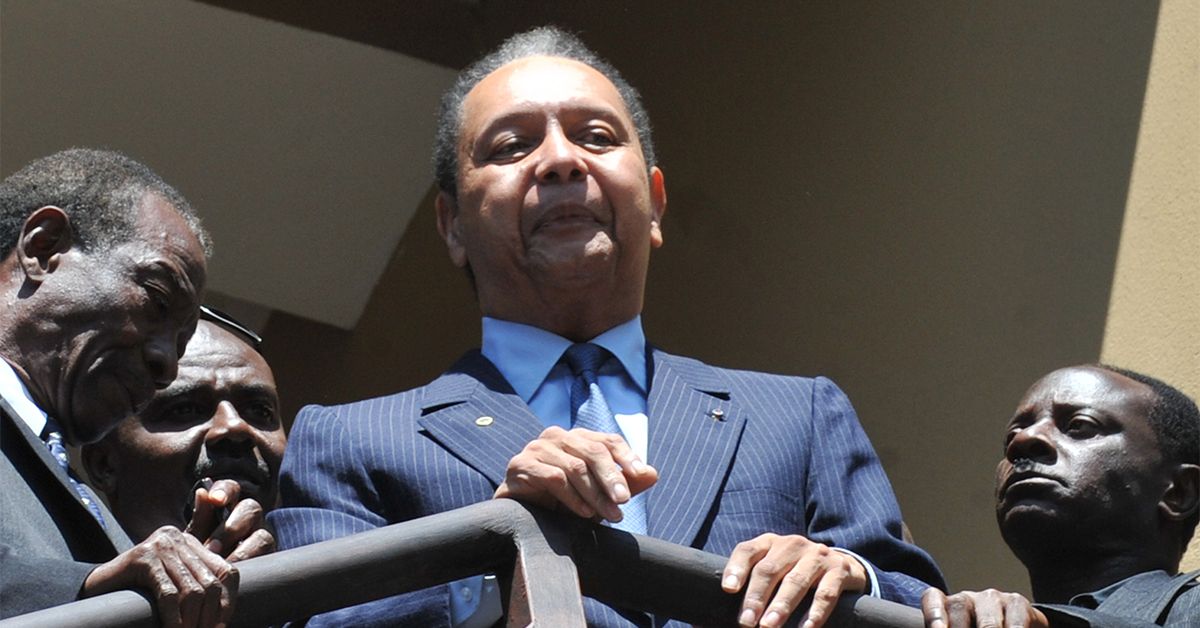 On 7 February 1986, facing a domestic populist revolt and international pressure to step down, embattled President of Haiti Jean-Claude "Baby Doc" Duvalier, fled his country for exile in France onboard a United States Air Force jet. A New York Times obituary from 4 October 2014 described his rule over Haiti as one of “bloody brutality”, widespread corruption, and lavish excess:

When he fled Haiti, American officials said he held $200 million to $500 million in foreign bank accounts and had a reputation for giving family members million-dollar vacations at luxury resorts, as millions of Haitians lived in squalor and scrounged for food.

Once he fled, a new government in Haiti attempted recover these assets, which they believed the Duvalier regime had looted from the government and people of Haiti. A 14 July 1986 story in New York Magazine first reported that one of the assets the government of Haiti was trying to seize was an apartment in Trump Tower purchased in August 1983 through a shell corporation:

Investigators working for the new government of Haiti have uncovered what they believe is almost $5 million worth of New York real estate owned by interests linked to the family of deposed president Jean-Claude Duvalier.

These assets consist of five Manhattan apartments, including a fifty-fourth-floor Trump Tower condominium bought in August 1983 for $1.65 million. This is the first reported instance of Duvalier assets being discovered in the United States.

The apartment in question, 54K, was purchased by “Lasa Trade and Finance" and — at the time of the 1986 article — was occupied by a friend of the Duvaliers named Jean "Johnny" Sambour.

Serendipitously, thanks to a combination of late telephone bills and several checks issued to Sambour by the Treasury of Haiti, a United States law firm hired by the Government of Haiti was able to ascertain that, indeed, the apartment was owned by the Duvaliers.

Recounting his experience hunting down the assets of the Duvaliers in a 2009 New Yorker profile, prolific corporate intelligence investigator Jules Kroll (who had been hired by the U.S. law firm retained by the Haitian government) said that Duvalier’s looting from the Haitian treasury was far from subtle:

Baby Doc, Kroll said, was “not the sharpest nail in the box.” He had looted the Haitian treasury by writing big checks. “Apartment in Trump Tower?” Kroll made a show of laborious penmanship. “ ‘Trump . . . Tower.’ Even we could figure that one out.”

The tale of Duvalier’s ownership of a Trump Tower apartment gained renewed interest in January 2018, thanks to a BuzzFeed News investigation of possible money laundering by the Trump Organization, combined with Trump’s alleged derogatory comments about Haiti.

That BuzzFeed report investigated every U.S. sale of a Trump Organization or Trump-branded property since 1980 to see how many fit the U.S. Government’s criteria for possible money laundering, finding that a full 21 percent could fit that bill:

Trump condo sales that match Treasury’s characteristics of possible money laundering totaled $1.5 billion, BuzzFeed News calculated. They accounted for 21% of the 6,400 Trump condos sold in the US. Those figures include condos that Trump developed as well as condos that others developed in his name under licensing deals that pay Trump a fee or a percentage of sales. [...]

The property records analyzed by BuzzFeed News would not by themselves reveal money laundering – only warning signs.

That story does mention the Duvalier incident, reporting that Trump himself signed the deed of sale for Apartment 54K in 1983, but notes that there is no evidence that the Trump Organization, or Trump personally, participated in any untoward money laundering scheme in this case.

However, as Donald Trump did sell an apartment in Trump Tower to Duvalier through a Panamanian shell corporation in 1983, we rank the claim as true.