Did Trump Say 'We Should Get a Redo of Four Years'?

The comment during a Wisconsin campaign rally was widely interpreted to mean the president might seek a third term. 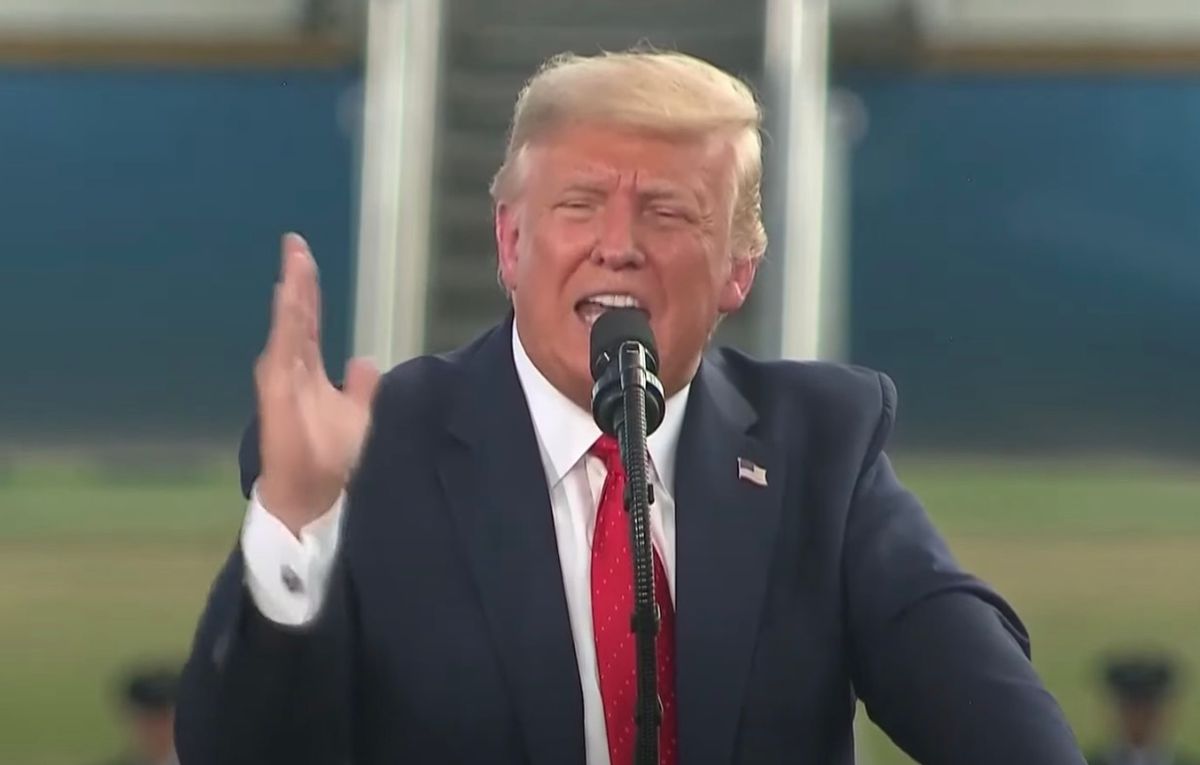 Claim:
U.S. President Donald Trump stated during a 2020 reelection campaign rally, "We should get a redo of four years" — meaning redo his first term after reelection — effectively grant him a third term.
Rating:

In mid-August 2020, Snopes readers asked whether a comment made by U.S. President Donald Trump, which was widely interpreted to mean that he might seek a third term, was real. During a campaign speech, Trump appeared to suggest that if he's reelected in 2020, he should be granted yet another four years as a "redo" of his first term.

Trump, who is up for reelection on Nov. 3, 2020, to a second term, did indeed make the comment during a campaign rally in Oshkosh, Wisconsin, held on Aug. 17. Video of the comment, in which he stated, "We should get a redo of four years," was posted to Twitter by Vox Reporter Aaron Rupar.

Trump's reference to "spying" related to a federal investigation into contacts between his campaign officials and Russian government operatives in the lead-up to the 2016 election.

On July 30, 2020, Trump posted a tweet that seemed to suggest delaying the November 2020 general election, sparking pushback even from his own supporters. In previous instances, Trump has stated that his comments about extending his time in office beyond the two-term limit are jokes.