Was 'Trump' Uttered 1,326 Times During the Democratic Debates?

If numbers matter, this meme was only off by a thousand-plus. 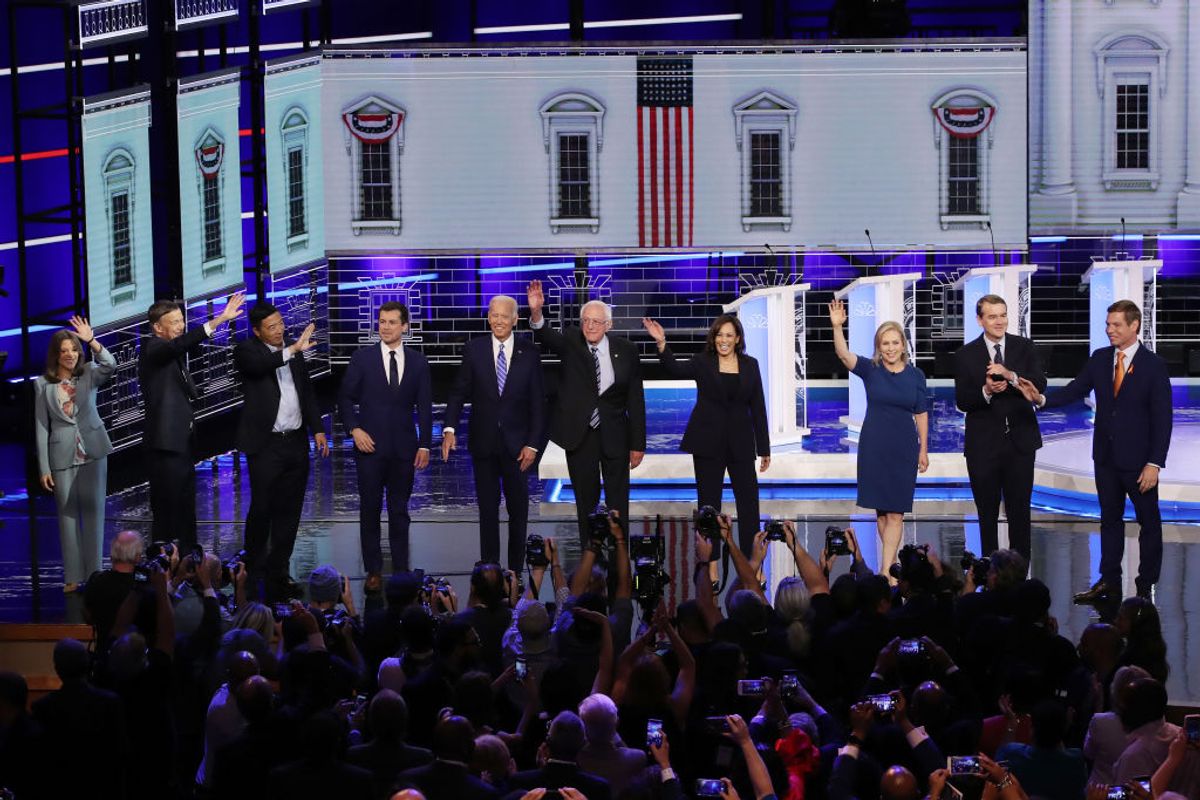 In late June 2019, a set of statistics purportedly showing the "Democratic Debates by the numbers" started spreading on social media, leading with a reference to U.S. President Donald Trump:

The Twitter accounts pushing the numbers claimed that the word "Trump" was said 1,326 times during the debate, "free" was said 683 times, the Spanish language was spoken 14 times, and the word "America" was spoken only twice. Not one of these statistics is accurate.

The Democrats held two debates to accommodate a large field of candidates. The first 10 candidates gathered for a debate on June 26, while the second 10 candidates took the stage the following night. Transcripts (as well as video) of these events are readily available online.

We counted the number of times "Trump," "free," and "America" were spoken during both nights of debates and found the actual numbers to be quite different from the viral meme. According to our count, the candidates and the moderators said the word "Trump" 41 times on the first night and 53 times the second night for a grand total of 94 times. The viral meme was off by about 1,200.

Getting a clear count on how often Spanish was spoken during the first round of debates was a little more difficult, but the meme's claim that the language was spoken "14 times" seem, again, to be grossly exaggerated. During the first night of debates, candidates Beto O'Rourke and Corey Booker both answered a question in Spanish, while Julián Castro used the word “adios" during his closing statement. On night two, Pete Buttigieg greeted moderator José Diáz Balart in Spanish, but delivered his answers in English. By our count, Spanish was spoken four times during the debate, not 14.