Did Trump Tweet a Picture of Himself as Rocky Balboa?

Edited images of the U.S. president are not new. 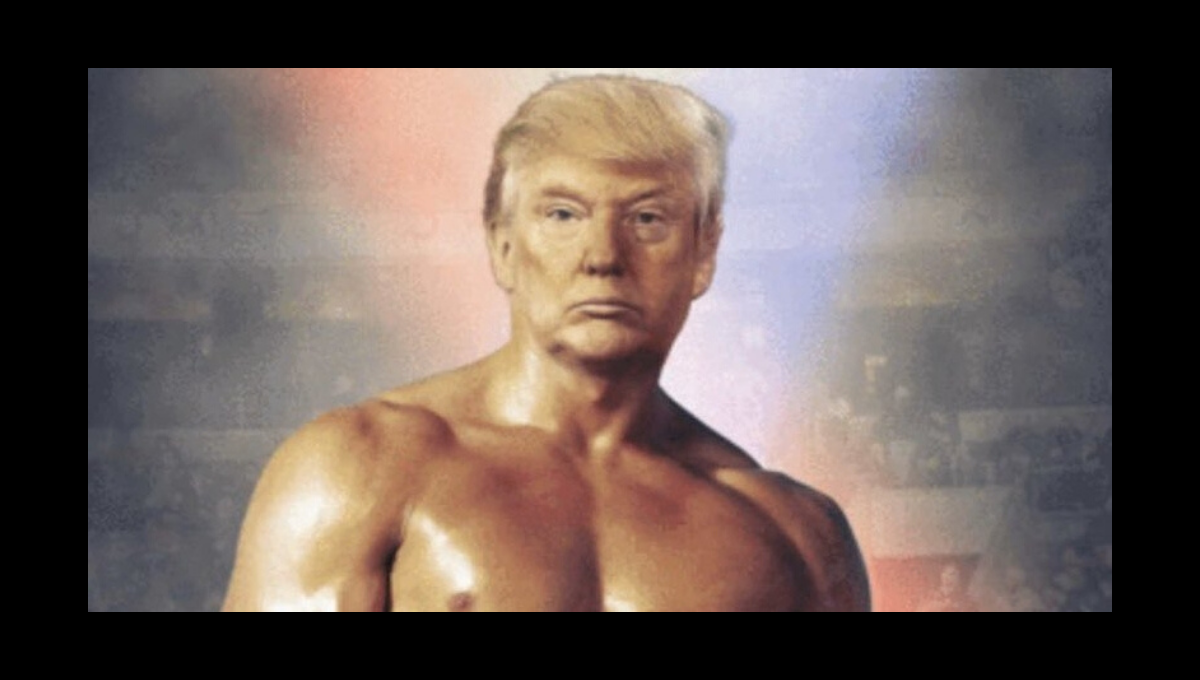 Claim:
U.S. President Donald Trump tweeted an image of his own head edited onto the body of the character Rocky Balboa from the "Rocky" series of movies.
Rating:

The day before Thanksgiving 2019, U.S. President Donald Trump tweeted an altered image showing his head edited onto the body of the iconic fictional boxer played by Sylvester Stallone, Rocky Balboa, in the "Rocky" series of movies. The event was surreal enough to prompt readers to inquire as to whether it was true that Trump posted the edited image. "Did Trump tweet a picture of his head on Rocky's body," one reader asked.

Trump did post the image on Nov. 27, 2019, just before 5 a.m. to his Twitter account, but he did not include with it an explanation, leading to speculation, as Reuters reported:

“Rocky IV,” in which Balboa beat Russian Ivan Drago, opened in theaters on this date in 1985, which could explain why Trump posted the image on Wednesday.

Trump, however, did not include text in the post. Some in the media speculated that it was in reference to his ability to fight off controversy during the ongoing impeachment inquiry in Congress.

Others suggested that the image alluded to comments he made on Tuesday about his health during a rally in Florida, where he said doctors told him he had a “gorgeous chest” during a recent physical.

Whatever Trump's intention for tweeting the image, it took on its own meaning for pro-democracy protesters in Hong Kong, who displayed it during a "Thanksgiving Rally" as an expression of gratitude for Trump's signing of legislation, passed overwhelmingly by Congress, that supports the protesters and sanctions Chinese and Hong Kong officials who violate human rights. Trump had been reluctant to sign the legislation, but the bill passed both the U.S. House and Senate by "veto-proof majorities."

Edited images associated with Trump's Twitter account are hardly unheard of. In October 2019, Trump tweeted an altered image of himself placing a medal on the image of Conan, the military dog injured in the operation that led to the death of Abu Bakr al-Baghdadi, the leader of the Islamic State terror group. The dog's head had been edited in over that of James C. McCloughan, an Army medic previously honored for saving lives in the Vietnam war.

In 2017, Trump tweeted a video showing him tackling and beating up a man with the CNN logo edited onto his head. The source was a 2007 video in which Trump had made an appearance on World Wrestling Entertainment (WWE), where he body-slammed WWE owner Vince McMahon. The tweet was criticized as part of Trump's ongoing attacks on mainstream news outlets.