Did President Trump Sign a Law Restricting Welfare for 'Deadbeats'?

President Trump did not sign an executive order cutting off welfare to "deadbeats, drug addicts and scam artists." 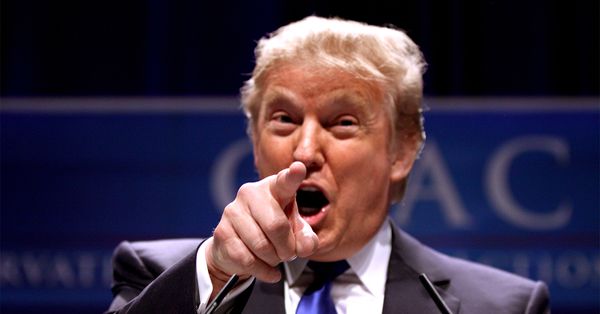 On 15 February 2017 the Last Line of Defense web site published an article reporting that President Trump had "signed an executive order that will eliminate millions of deadbeats, drug addicts and scam artists from the welfare roles" (an action described as the passage of a "law" in the article's headline):

No longer will an able-bodied person get free food, liquor, cigarettes, cash and lottery tickets off of the working man’s dime. It has been estimated that for every tax dollar you pay, 91 cents goes to providing free stuff for poor people just so they’ll keep voting Democrat.

Whereas a person has no physical disability preventing him or her from working, said person and their family will no longer be eligible for free food, cash asistance, section 8 housing or Obamaphones. While the president appreciates that work has been hard for some to obtain, there are jobs, i.e. the 1100 new jobs at Carrier in Indiana.

Americans are reminded that hard work is rewarded and that work equals freedom. Those unable to care for themselves will be deported to their native lands or placed in work camp programs where they can aid their fellow citizens in rebuilding our infrastructure in exchange for food and shelter.

This is not a communist society. Hard work is required.

An obvious clue regarding the report's lack of veracity was the odd string of numbers purported to be the designator of the executive order under which President Trump's "law" was supposedly implemented. (Real executive orders are identified by five-digit numbers.)

This report was a fabrication that originated with The Last Line of Defense (The Resistance), a spoof site whose disclaimer notes that its contents are satirical in nature: