Is This President Trump's Report Card from Fordham University?

If we gave report cards for social media hoaxes, this one would probably get an "F." 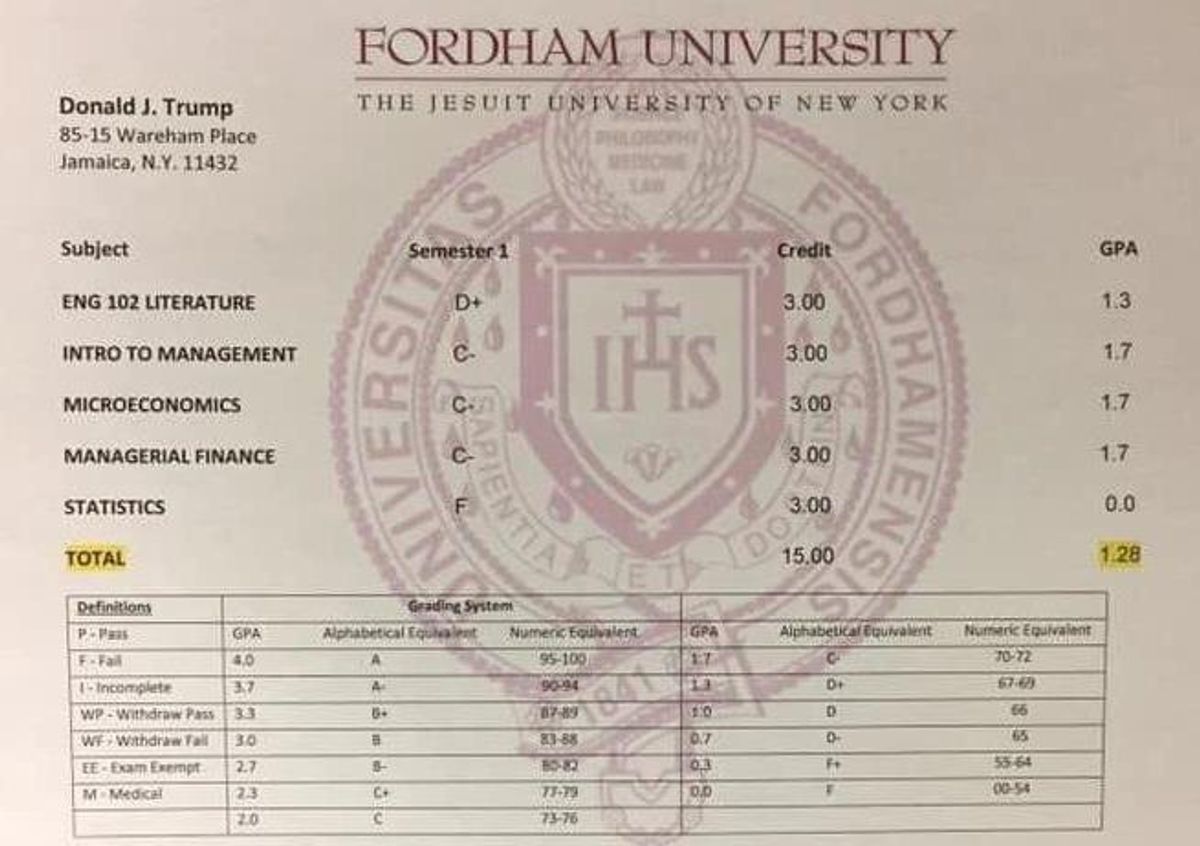 One of the salacious details to emerge during the testimony of Michael Cohen, President Donald Trump's former lawyer, before the U.S. House Oversight Committee in February 2019 was that Cohen once sent letters to the president's former schools warning them not to release any of Trump's academic records. A few days later, an image supposedly showing Trump's report card from Fordham University was "leaked" on the internet and spread via social media: One giveaway is the listed address for Donald Trump. While 85-15 Wareham Place is indeed the address of Trump's childhood home, he only lived at this location for the first four years of his life. In other words, this was not his address when he attended Fordham University in 1964.

We reached out to Fordham for more information about this "report card," and spokesman Bob Howe confirmed to us that the image was a fake, saying: "The image is a forgery, not an actual Fordham University transcript. Fordham University respects the privacy of its students and alumni, and follows federal law regarding the handling and release of academic records."