Did President Trump Profit from the U.S. Missile Strike Against Syria?

Online reports claimed that President Trump owns stock in Raytheon and thereby profited from a U.S. Tomahawk missile strike on a Syrian airbase in April 2017. 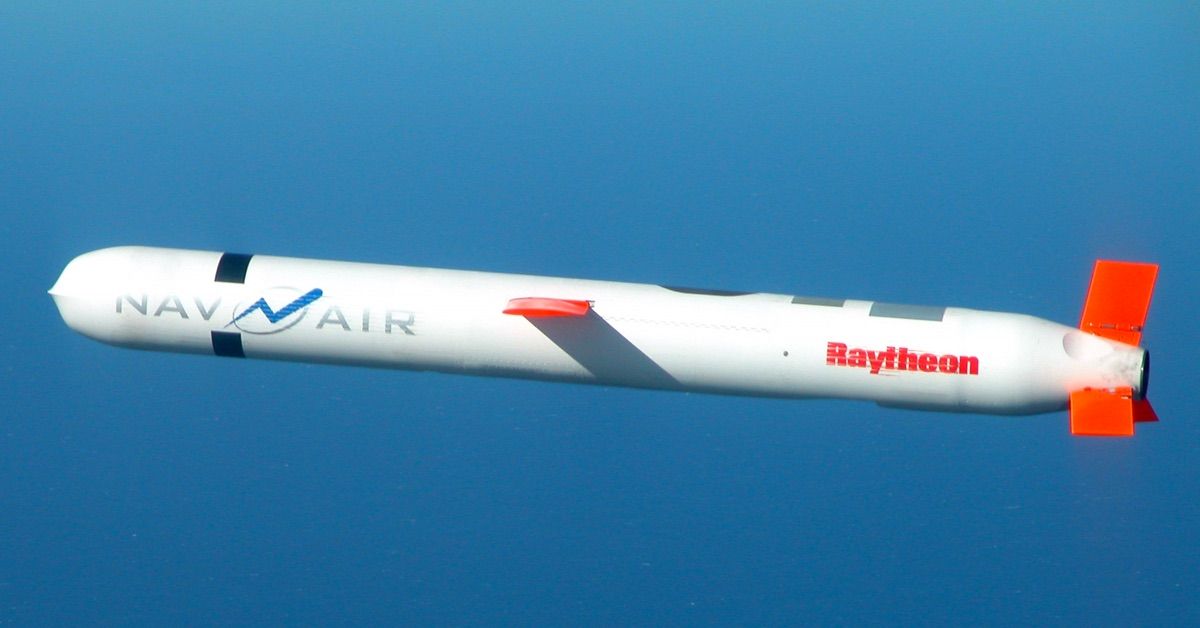 Claim:
President Trump owns stock in Raytheon and directly profited from the use of their Tomahawk missiles in an April 2017 U.S. strike on a Syrian air base.
Rating:

On 7 April 2017 multiple web sites reported that President Trump owned stock in defense contractor Raytheon (RTN), thereby standing to personally profit from a U.S. military action strike he ordered that had launched some 59 Tomahawk missiles at a Syrian air base the previous day. (Those missiles have an estimated replacement cost of $60 million.)

The headline in one of the more prominent articles of that nature held that "Trump owns stock in the Tomahawk missiles he used in Syria," although the body of the article only averred that Trump had once owned stock in Raytheon:

In other words Trump just set a bunch of Tomahawk missiles on fire which, according to a recent Defense Department report, may have been worth as much as $93.8 million in total. Why would he do this? Well, he does own shares of stock in the company that makes the Tomahawks.

Tomahawk missiles are manufactured by Raytheon Inc., and according to [a] report from Business Insider, Donald Trump owned stock in Raytheon up through at least the start of the presidential election cycle. There is no record that he subsequently sold that stock.

Cited at least two links away from that article was a 15 July 2015 Federal Election Committee (FEC) document disclosing then-candidate Donald Trump's financial holdings prior to his election. Page 37 of that 2015 disclosure report listed Raytheon as one of Trump's assorted smaller holdings in 2015:

Newer FEC disclosure forms for President Trump are available, including a similar May 2016 report:

If the stated holdings are accurate, it doesn't appear that President Trump stood to directly gain much, in anything (especially relative to his extant wealth), from Raytheon's market gain following the Syrian attack. According to MarketWatch, several other defense stocks also experienced modest bumps in their value immediately after the event:

A critical long-form piece published by the Atlantic examined President Trump's putative financial conflicts of interest in depth but did not mention Raytheon.

Rumors that Donald Trump stood to profit off Raytheon stock due to the Syrian missile strike of 7 April 2017 were not the first of their kind. In November 2016, then-President Elect Trump was rumored to be profiting off Energy Transfer Partners's (ETP) Dakota Access Pipeline (completion of which he green-lighted as president), and in December 2016 he was said to hold stock in Carrier (with whom he had just negotiated a pre-inaugural deal). Trump spokesperson Hope Hicks asserted the President Elect sold off his minor stakes in ETP in mid-2016, and Trump's 2016 Personal Financial Disclosure did not include a listing for stock in United Technologies (Carrier's parent corporation).

The White House has not responded to our request for comment on President Trump's defense stock holdings.

Mufson, Steven.   "Trump Dumped His Stock in the Dakota Access Pipeline Owner Over the Summer."     The Washington Post.   23 November 2016.