Were Trump Supporters Injured by a Fire Hose at Tampa Rally?

With four days to go until Election Day, the president spoke outside Raymond James Stadium in Tampa, Florida. 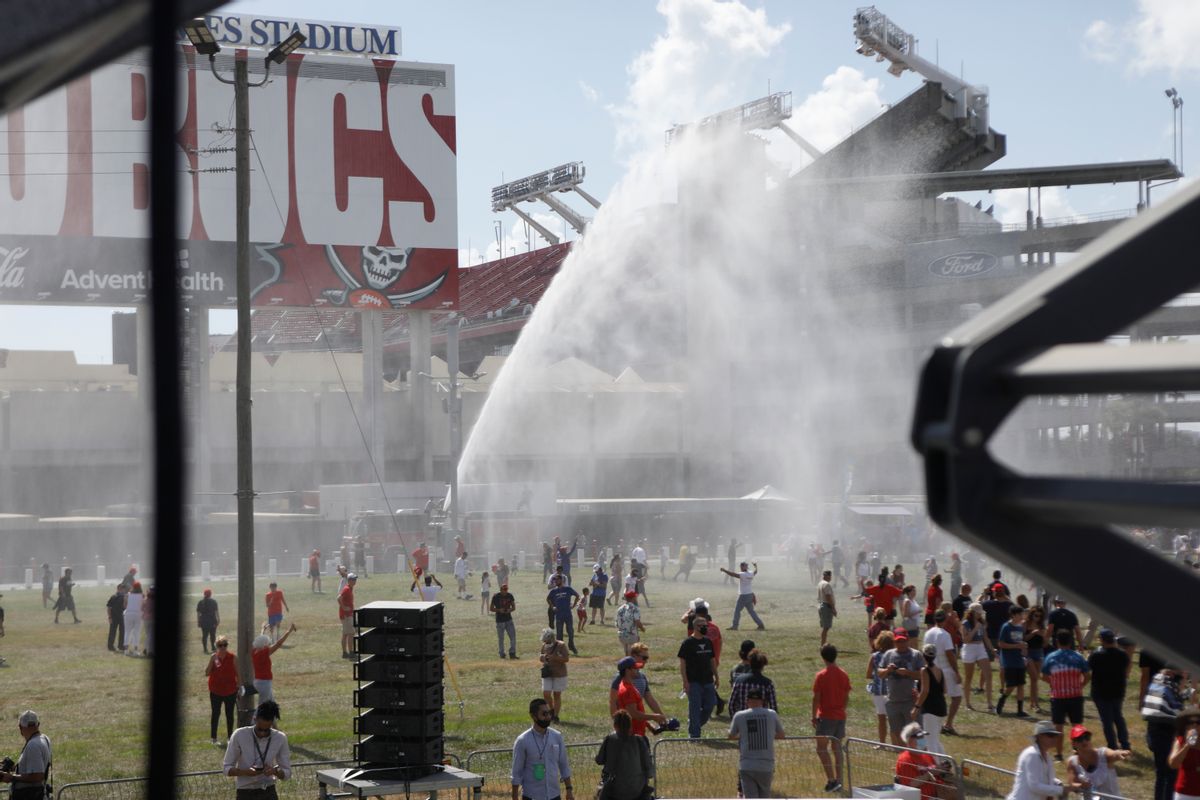 Claim:
Twelve people were transported to the hospital after being injured by a fire truck hose at a rally for U.S. President Donald Trump.
Rating:

On Oct. 29, 2020, WFLA News published a story about a rally for U.S. President Donald Trump held outside Raymond James Stadium in Tampa, Florida.

Twitter users pointed out that the headline appeared to be misleading:

It was, in fact, the Florida heat, not water pressure from the fire truck water, that was the reason for the hospitalizations. NBC News reported that 17 people were hospitalized for heat-related reasons:

A crowded Trump rally in steamy Tampa, Florida, on Thursday resulted in 17 attendees needing medical attention, with a dozen being taken to the hospital, fire officials told NBC News.

Trump spoke for just under an hour in 87-degree heat at the event outside of Raymond James Stadium to a largely mask-less group of supporters.

A fire truck at the rear of the rally sprayed water in the air to rain down on some rallygoers, but the heat was too much for some attendees, many of whom had been waiting for hours.

The Tampa Bay Times wrote that "an unrelenting sun baked down on Trump’s attendees." It also published: "At one point Tampa Fire Rescue firefighters opened up a hose on a fire truck at the back of the event, shooting a plume of water into the air that enveloped much of the venue in a refreshing mist."

Zac Anderson with the Herald-Tribune tweeted a video of the water spraying into the air:

Previous Article
Next Article
Article 37 of 38 in Collection