'We Hate Muslims, We Hate Blacks' Chanted at Trump Rally

Unsubstantiated post-election rumor claimed that supporters chanted "We hate Muslims, we hate Blacks, we want our great country back" during a Trump victory rally. 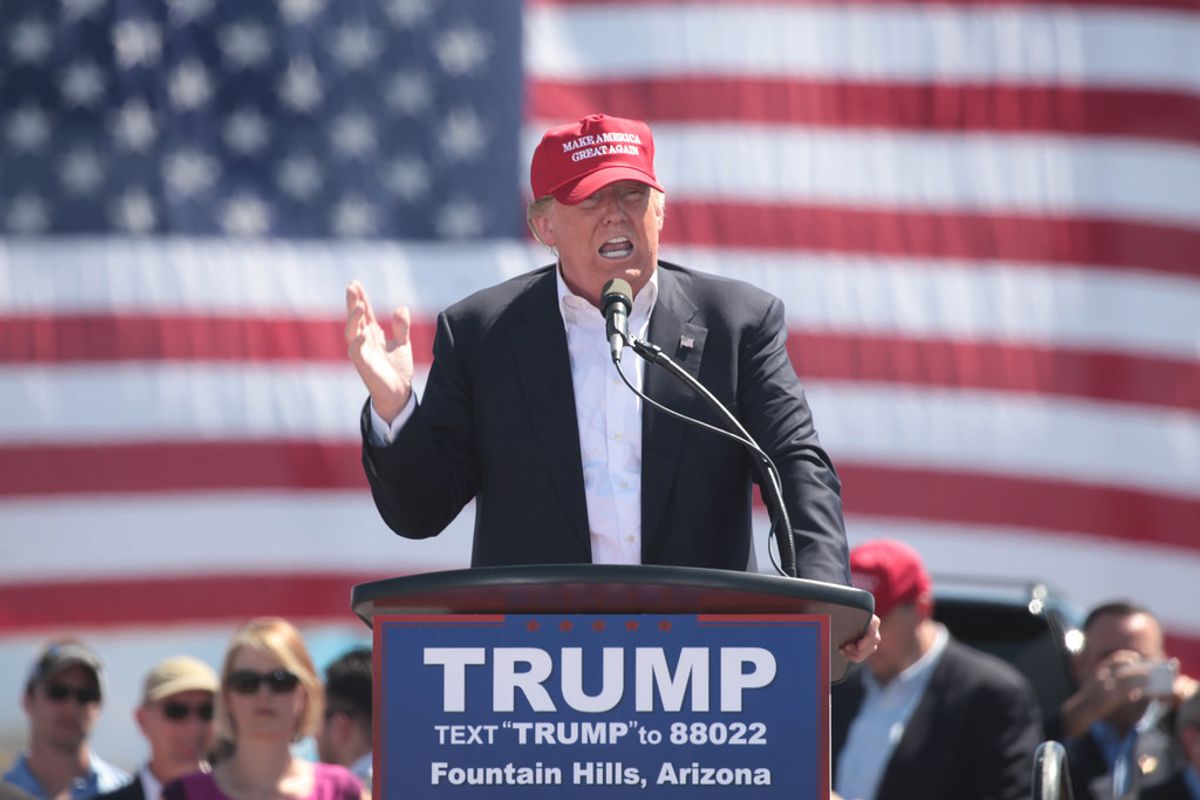 Claim:
Donald Trump supporters chanted "we hate muslims, we hate blacks, we want our great country back" during a rally on election night.
Rating:

On 8 November 2016, Twitter user "Simon Rowntree" posted a message claiming that supporters were chanting "we hate Muslims, we hate Blacks, we want our great country back" at a post-election victory rally for Donald Trump:

Rowntree offered no evidence that any such chanting took place, and his Twitter account was the sole source for the claim. No other journalists have reported on this chant, and no first-hand accounts documenting it have materialized. The lack of corroborating evidence most likely stems from the fact that Simon Rowntree is a "fake" journalist who frequently publishes unsubstantiated and baseless stories, typically about soccer and other sports.

When Buzzfeed looked into Rowntree in July 2016 after he posted about fictional soccer fan chants, they noted that his Twitter bio stated he worked for the parody web site "Forest Echo News": Rowntree has since changed his bio — he now claims to be a "Internationally recognised freelance football writer and occasional political commentator" — but not the tenor of his Twitter account.