Did Trump Say People Who Didn't Attend His Rally Should Be Arrested?

TikTok users and K-pop music fans claimed to have registered hundreds of thousands of tickets for Trump’s campaign rally as a prank. 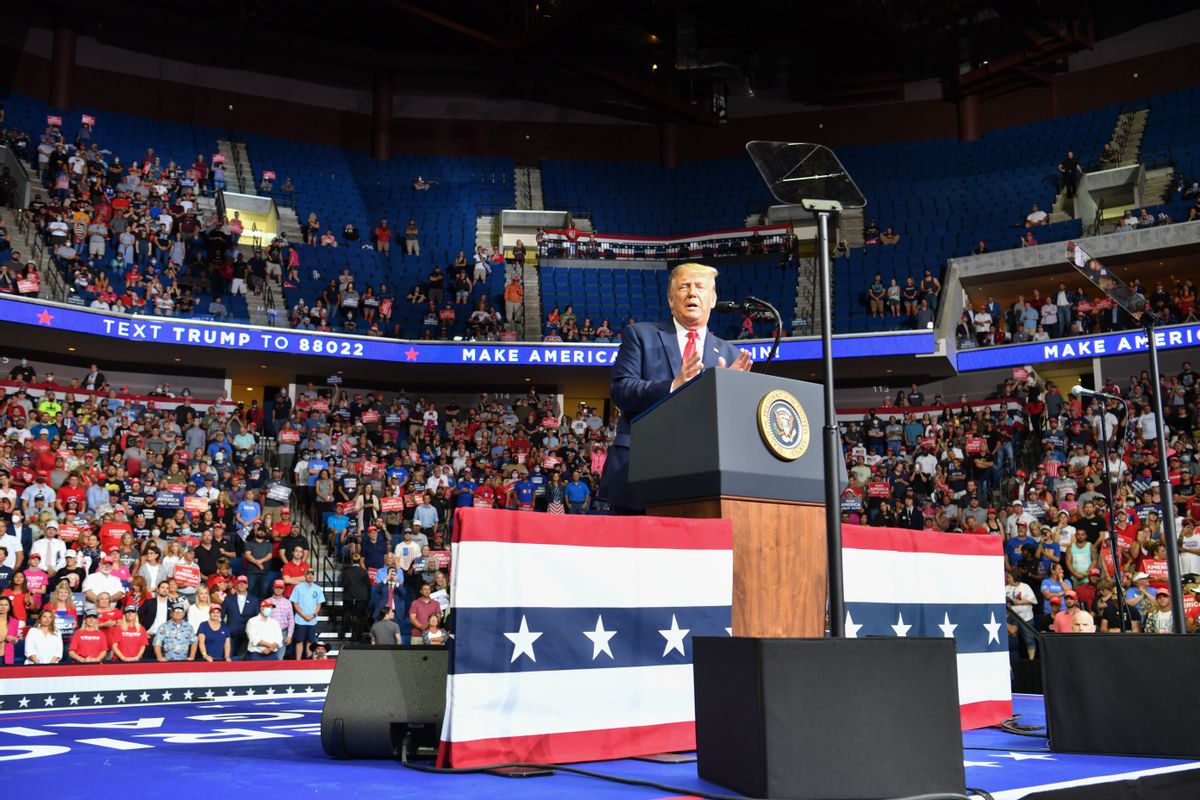 Claim:
U.S. President Donald Trump tweeted that, "Anyone who ordered a ticket to my rally and didn't attend should be arrested and face very powerful charges."
Rating:

On June 20, 2020, a much-anticipated Trump campaign rally in Tulsa, Oklahoma, drew a disappointingly small crowd. The Tulsa Fire Department estimated that only 6,200 people were present for the event in an arena that seated more than 19,000 (while the Trump campaign asserted that at least 12,000 people had gone through the venue's metal detectors), and the campaign also canceled an event for an anticipated overflow crowd outside the arena that failed to materialize.

Afterwards, some news reports attributed the low turnout for the Tulsa rally to political pranksters who supposedly signed up for hundreds of thousands of tickets which they had no intention of using in order to inflate expectations and diminish actual attendance. That aspect of the story prompted circulation of the following purported tweet from U.S. President Donald Trump in which he declared that "Anyone who ordered a ticket to my rally and didn't attend should be arrested and face very powerful charges" and included the hashtag #treason:

No such tweet was posted by Trump, appears in his Twitter timeline, or was recorded by databases that archived deleted tweets, however. The image was a fabrication, intended as a spoof poking fun at the president over the disappointing rally attendance.

Previous Article
Next Article
Article 23 of 38 in Collection