A searchable database of inspection reports was temporarily removed from the United States Department of Agriculture's web site as part of a review connected to a lawsuit. 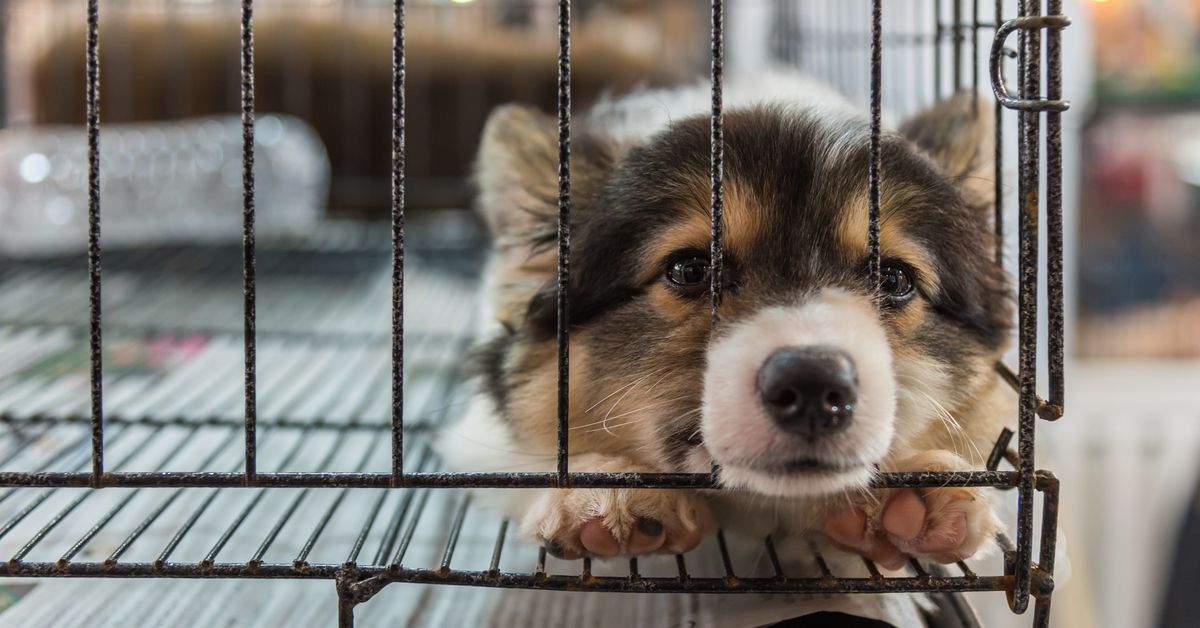 Claim:
The Trump administration blocked public access to USDA reports on safety and hygiene standards at facilities where animals are kept and bred.
Rating:

The USDA temporarily removed a searchable database of inspection reports from its web site in 2017; even after restoration, some documents were no longer available through the database, or did not contain information that would identify USDA license holders.

The database was restored in August 2017; inspection reports were publicly available at the time the claim was made; the changes were initiated before the transition between the Obama and Trump administrations.

In March 2018, various outlets reported that the administration of President Donald Trump had ended public access to the details of inspections that the United States Department of Agriculture performs on animal breeders. In an article headlined "Trump blocks access to puppy mill inspections as Florida weighs dog store legislation," the Tampa Bay Times wrote:

In May of last year, the Tampa Bay Times asked the U.S. Department of Agriculture to provide the three most recent inspections of 15 puppy breeders who supply Tampa-area stores. It took nine months, but the reply arrived last week: 54 pages of total blackout.

Every word of every inspection — from the date to the violations — were redacted from the documents provided. Providing "personnel and medical files," the agency said, would "constitute a clearly unwarranted invasion of personal privacy." These records used to be available on the USDA web site for anyone to search and find. But in the first month after President Donald Trump took office, the information was scrubbed entirely from the web site.

The article goes on to claim that USDA inspection reports were previously available to the public, but "under the Trump administration, they are not."

In reality, the USDA temporarily removed a searchable database of inspection reports from its web site as part of a review that began before the transition between the Obama and Trump administrations and was connected to a lawsuit against the USDA.

The federal government, by way of the Department of Agriculture, conducts regular, unannounced inspections of facilities where animals are kept by breeders, dealers, handlers, researchers, and so on. These inspections, performed by the Animal and Plant Health Inspection Service (APHIS), target facilities that are licensed by the USDA to carry out their specific function (such as breeding) or are applying for such a license from the USDA.

In February 2017, APHIS announced in a press release that it had conducted a yearlong review of what it would publish online and due to privacy concerns would be removing and reviewing some materials, including inspection reports:

Going forward, APHIS will remove from its website inspection reports, regulatory correspondence, research facility annual reports, and enforcement records that have not received final adjudication.  APHIS will also review and redact, as necessary, the lists of licensees and registrants under the AWA, as well as lists of designated qualified persons (DQPs) licensed by USDA-certified horse industry organizations.

In a subsequent revision to that press release, APHIS emphasized that this review had preceded the election and inauguration of Donald Trump, and that it was connected to an ongoing lawsuit:

In 2016, well before the change of Administration, APHIS decided to make adjustments to the posting of regulatory records. In addition, APHIS is currently involved in litigation concerning, among other issues, information posted on the agency’s website. While the agency is vigorously defending against this litigation, in an abundance of caution, the agency is taking additional measures to protect individual privacy.  These decisions are not final.

At the time, the Washington Post speculated that the legal action referenced here may have been a lawsuit brought by two Texas show horse owners against the USDA on due process and privacy grounds:

...Lee and Mike McGartland entered a horse named The Royal Dollar in the 74th annual Red Carpet Show of the South. A veterinary medical officer from the U.S. Department of Agriculture was there, too.

The animal placed third in its class in the competition for Tennessee walking horses, which have a high-stepping gait that enthusiasts say comes from breeding and training. But it can also come from the application of caustic chemicals to a horse’s legs and other painful practices called “soring.” These are outlawed under the federal Horse Protection Act, and the Agriculture department is responsible for horse owners’ compliance. During a post-show inspection, the veterinary officer determined that The Royal Dollar was sore.

The finding resulted in one of several official warnings between 2013 and 2016 that identified the McGartlands as “violators” — warnings that appeared on a public USDA database and that now underpin a legal battle between the Texas couple and the department. The McGartlands sued, arguing that the enforcement program denies due process to those accused of violations and breaks privacy laws by publishing personal information.

Records from the U.S. District Court in the Northern District of Texas show that the McGartlands filed the lawsuit in February 2016 and voluntarily withdrew it in February 2017 after the USDA began removing and reviewing inspection materials from the public APHIS database.

Former Agriculture Secretary Tom Vilsack told the Washington Post that the review of publishing compliance reports had been tabled within the department towards the end of the Obama presidency and that litigation had been mentioned to him as a factor.  He didn't sign off on the proposals, he said, because “there was not enough time for us to properly vet the recommendation, and I was concerned about transparency."

In any event, APHIS announced in August 2017 that it had restored the public search tool on its web site for inspection reports and compliance records. That search tool was online and working when we tested it on 9 March 2018, and APHIS inspection reports of animal breeders, carriers and handlers were publicly available.

However, some of the reports did have some personal information redacted from them as a result of the review undertaken by the USDA. In particular, privacy concerns mean that smaller businesses sharing an address with the owner's residence frequently have identifying details blacked out of inspection reports. This makes it difficult for animal rights activists, those involved in animal adoptions, and members of the public, to examine the inspection history of a specific breeder or dealer.

Furthermore, the USDA database no longer contains access to enforcement documents like warning letters, settlement agreements between the USDA and license holders, as well as orders and judgements handed down by administrative law judges.

A spokesperson for the American Society for the Prevention of Cruelty to Animals told us:

Without access to full inspection reports and enforcement records, we cannot identify which breeders have violations and what action if any has been taken by the USDA as a result.

The major review conducted in 2017, the ASPCA told us, severely limits the public's ability to find out basic information about particular USDA licensees, including dog breeders.

Although these enforcement documents are no longer available via the USDA database, they continue to be published by the department's Office of Administrative Law Judges, meaning that if the USDA takes enforcement proceedings against a breeder for a violation of the Animal Welfare Act, that information will be made public.

However, access to that information is cumbersome. Instead of having the enforcement history of a named breeder or other license holder readily available in a comprehensive format, as part of a searchable database, a concerned member of the public would have to check the USDA's Agriculture Decisions Publication every six months and search the document for mentions of specific license holders.

Depending on whether that license holder conducts business from their home address, triggering privacy protections, the public may not then be able to examine the archive of inspection reports associated with that license holder. This makes it difficult for animal rights watchdogs, lawmakers, and members of the public to piece together a comprehensive picture of a USDA license holder's overall inspection and enforcement history.

We asked the USDA whether the review and temporary removal of inspection materials was linked to the McGartland lawsuit, but we have not yet received a response.

Brulliard, Karen.  "USDA Removed Animal Welfare Reports From Its Site. A Showhorse Lawsuit May Be Why."   Washington Post.  9 February 2017.