Did Trump Say Protesters Threw Cans of Soup at Police?

The president added that when questioned, protesters pretended the weaponized soup was food for their families. 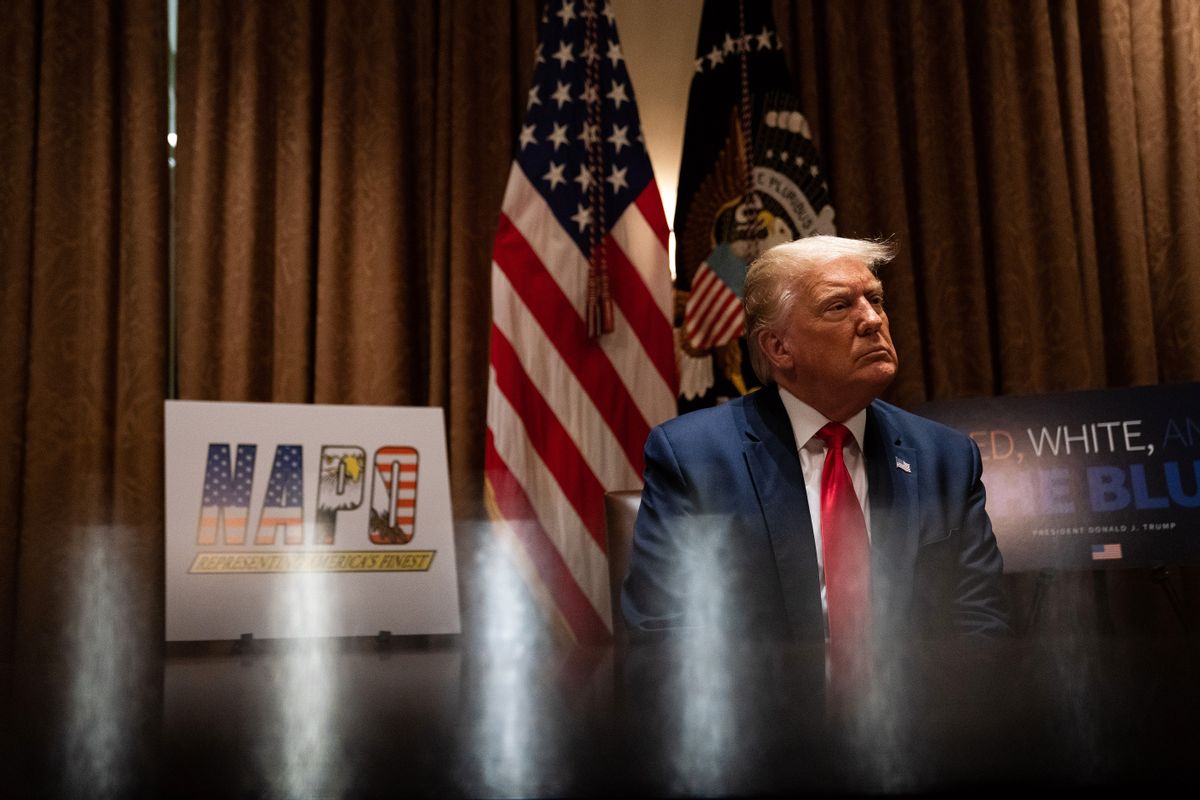 Claim:
In July 2020, U.S. President Donald Trump said "anarchists" in cities across the country were throwing cans — and bags — of soup at police.
Rating:

Ears perked up when U.S. President Donald Trump made an oddly specific comment about protesters in July 2020. That summer, demonstrations against police brutality broke out in cities across the country in reaction to the death of George Floyd, a Black man who died after a white Minneapolis police officer knelt on his neck. Portland, Oregon, in particular, was marred by violence, rioting, and more allegations of police brutality.

Trump reacted to the situation in many cities by blaming "anarchists" for the violence, saying they assaulted police officers with items ranging from bricks and rocks, to frozen bottles of water, and even cans or bags of soup.

Snopes readers asked if the president had indeed said something as “weird” as that. We learned that he had.

On July 31, 2020, Trump met with the leadership of the National Association of Police Organizations (NAPO). Footage from the event showed Trump blasting protesters who had supposedly weaponized cans and bags of soup against the police. Trump added that protesters who were caught and questioned by law enforcement would claim innocence and pretend that the soup cans were actually food for their families.

He makes these comments approximately 9 minutes into the following video:

A transcript of his remarks was also available at Whitehouse.gov:

And then they have cans of soup. Soup. And they throw the cans of soup. That’s better than a brick because you can’t throw a brick; it’s too heavy. But a can of soup, you can really put some power into that, right?
[...]
And then, when they get caught, they say, “No, this is soup for my family.” They’re so innocent. “This is soup for my family.” It’s incredible. And you have people coming over with bags of soup — big bags of soup. And they lay it on the ground, and the anarchists take it and they start throwing it at our cops, at our police. And if it hits you, that’s worse than a brick because that’s got force. It’s the perfect size. It’s, like, made perfect.

And when they get caught, they say, “No, this is just soup for my family.” And then the media says, “This is just soup. These people are very, very innocent. They’re innocent people. These are just protesters. Isn’t it wonderful to allow protesting?” No, there’s — and, by the way, the media knows it better than we do. They know what’s going on. I don’t know what’s wrong with them. They’re doing our country a tremendous disservice — I’ll say that.

But in cities all across our nation, we’ve seen our police officers so badly assaulted. In Portland and the other cities, my administration is vigorously defending federal property from anarchists and criminals.

These remarks went viral in September as Trump criticized ongoing demonstrations in Portland, saying the city was “a mess” and if Portland’s mayor didn’t clean it up, “we will go in and do it for them.”

Neither Trump nor his staff pointed to any specific evidence or accounts about protesters using soup cans against law enforcement.

A July article from The Oregonian detailed court filings from the Portland police that reported 32 law enforcement officers had been injured from items thrown at them, including rocks, glass bottles, soup or beer cans, and more. In a tweet, Portland Police claimed cans of garbanzo beans and other items were thrown at officers:

Since Trump's July comments about soup, another Black man, Jacob Blake was repeatedly shot by police in Kenosha, Wisconsin. Protests around the country have continued unabated, resulting in at least three deaths among protesters and counterprotesters as a result of shootings in Kenosha and Portland.

Given that Trump did make the statements about protesters using cans of soup as weapons against law enforcement and there is footage confirming he made the statement, we rate this claim as a “Correct Attribution.”

Baker, Mike.   "One Person Dead in Portland After Clashes Between Trump Supporters and Protesters."    The New York Times. 30 August 2020.

Whitehouse.gov.  "Remarks by President Trump in a Meeting with the National Association of Police Organizations Leadership."     31 July 2020.