Yes, Trump Lamented That Mike Pence Did Not 'Overturn the Election' 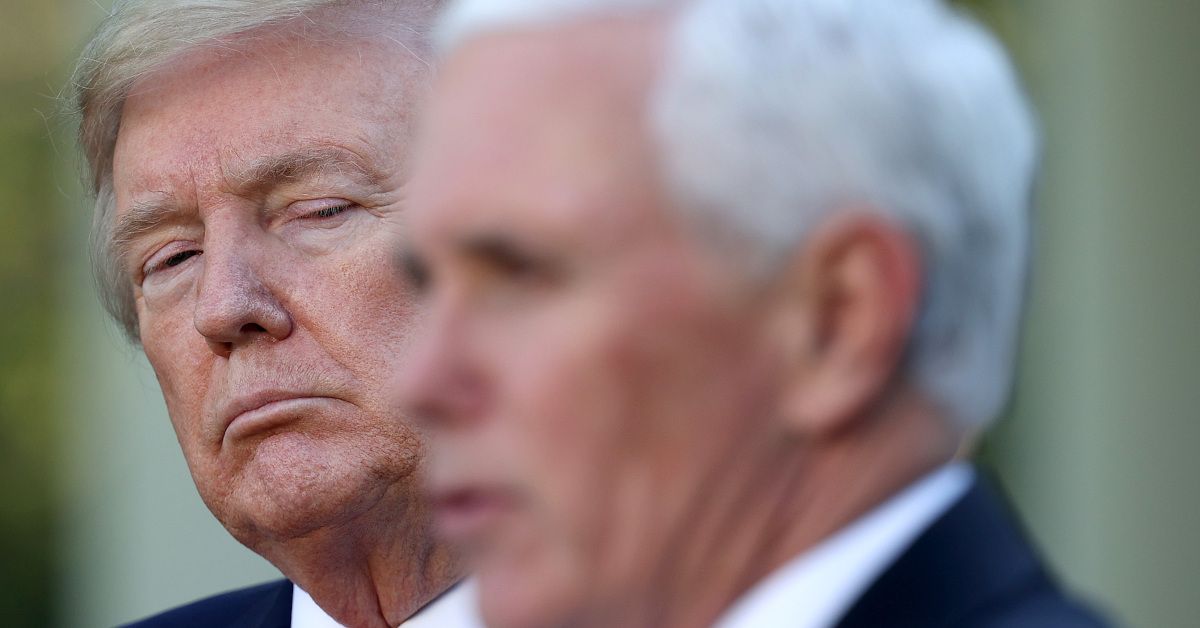 Claim:
In January 2022, former President Donald Trump lamented, in a statement, that former Vice President Mike Pence did not "overturn the election" of 2020.
Rating:

In late January 2022, a remarkable statement, attributed to former U.S. President Donald Trump, was shared widely on social media. In it, the Republican appeared to explicitly state that back in 2020 and 2021, he had hoped his erstwhile vice president, Mike Pence, would "overturn the election" Trump lost to Joe Biden.

For example, on Jan. 30 the conservative columnist Bill Kristol posted what appeared to be a screenshot of Trump's statement, and added:

Talk about saying the quiet part loud. Trump here admits or rather boasts that what he wanted Mike Pence to do was to "overturn the election." The statement was also shared by CNN correspondent Jim Acosta, and Republican Congressman Adam Kinzinger — who described it as a "massively un-American statement" — among others. In full, the statement read:

If the Vice President (Mike Pence) had “absolutely no right” to change the Presidential Election results in the Senate, despite fraud and many other irregularities, how come the Democrats and RINO Republicans, like Wacky Susan Collins, are desperately trying to pass legislation that will not allow the Vice President to change the results of the election? Actually, what they are saying, is that Mike Pence did have the right to change the outcome, and they now want to take that right away. Unfortunately, he didn’t exercise that power, he could have overturned the Election! [Emphasis is added].

The statement had not appeared on Trump's official website — where his public remarks are routinely published — by the morning of Jan. 31, which cast reasonable doubt on its authenticity and provenance.

However, it was posted to Twitter by Trump spokesperson Liz Harrington, a strong sign it was genuine, and later on Jan. 31, the statement was finally posted to Trump's own website, definitively establishing its authenticity. Trump appears to have been referring to ongoing discussions among some Democrats and moderate Republicans in the Senate over possible changes to the Electoral Count Act, which would clarify the purely administrative role of the vice president in overseeing the certification of electoral college vote counts and confirming the result of the presidential election — the procedure that was disrupted by the attack on the U.S. Capitol by some Trump supporters, on Jan. 6, 2021.

Speaking to ABC News on Jan. 30, moderate Republican Sen. Susan Collins of Maine described the talks over potential changes to the law:

I'm hopeful that we can come up with a bipartisan bill that will make very clear that the vice president's role is simply ministerial, that he has no authority to halt the count and that we'll raise the threshold from one House member, one senator, for triggering a challenge to a vote count submitted by the states.