Donald Trump filed a trademark application for his campaign slogan in November 2012, despite claims that he had no plans to run for office at the time. 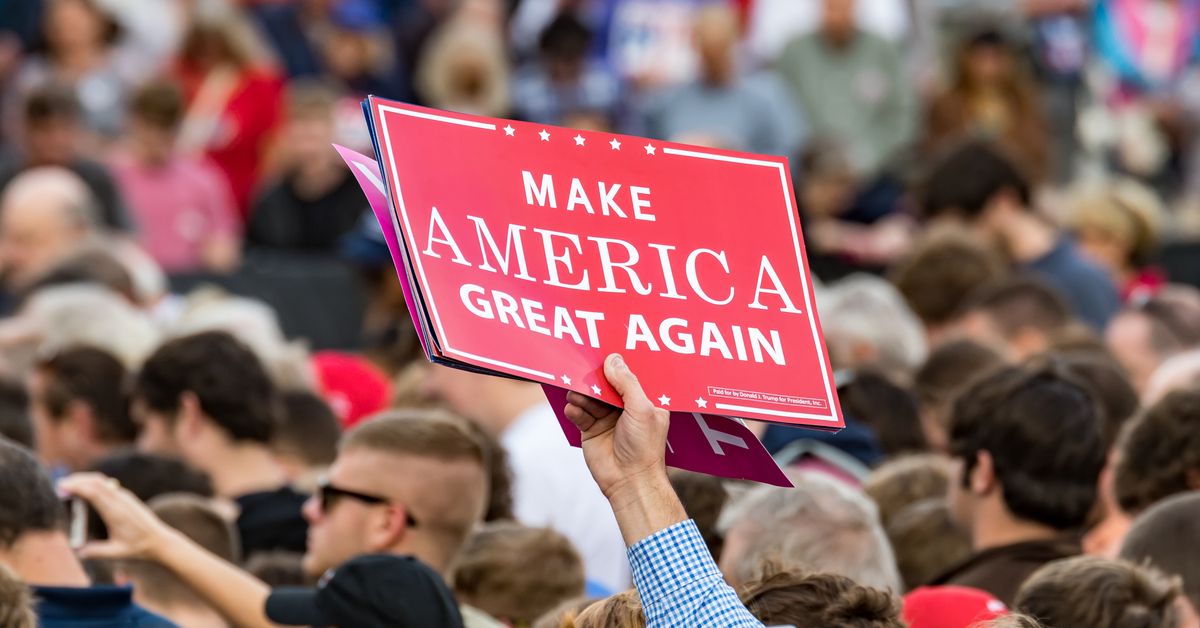 That move came under scrutiny in 2018 as Trump, now president, defended himself against allegations that a Russian influence campaign helped him get elected in 2016.

Trademark registration documents (below) show that the slogan was proposed as a political trademark in 2012. The timing is notable, some argue, because Trump declared (on Twitter, as is his wont) that Special Counselor Robert Mueller's indictment of thirteen Russians and three companies for their role in the election cleared Trump of wrongdoing because those efforts began in 2014 (before he began his campaign):

Funny how the Fake News Media doesn’t want to say that the Russian group was formed in 2014, long before my run for President. Maybe they knew I was going to run even though I didn’t know!

Some pointed out that Trump had already registered his campaign slogan in 2012 — less than a week after the 6 November 2012 re-election of President Barack Obama. The United States Patent and Trademark Office publicly details the evolution of that application (serial number 85783371), which Donald Trump signed on 12 November 2012 and his lawyers filed just a week later: The initial application, which registered the trademark for use in "political action committee services, namely, promoting public awareness of political issues and fundraising in the field of politics," did not explicitly state that the slogan would be used for a presidential run. Donald Trump later transferred the registration to Donald J. Trump for President, Inc.

The application became publicly available October 2013, when it was first published for public review—all trademark applications undergo both internal and public review. The U.S. Patent and Trademark Office approved the trademark's registration on 14 July 2015.

Trump has flirted with a political career a number of times prior to his 2016 run. He tossed the idea around in 1987, and again when he ran for the Reform Party nomination in 2000. He publicly toyed with the idea of running for the 2012 GOP nomination before officially deciding against it in May 2011. Michael Cohen, a Trump Organization executive and a current personal attorney to Donald Trump, registered the website shouldtrumprun.com even earlier, sometime in 2010.

In 2011, after Trump decided against the 2012 race, Cohen converted the website into a 527 tax-exempt political fundraising group with an expressly stated goal: "to convince Trump to go to Washington."