Did Trump Pardon a Turkey That 'Refused To Concede' an Election? 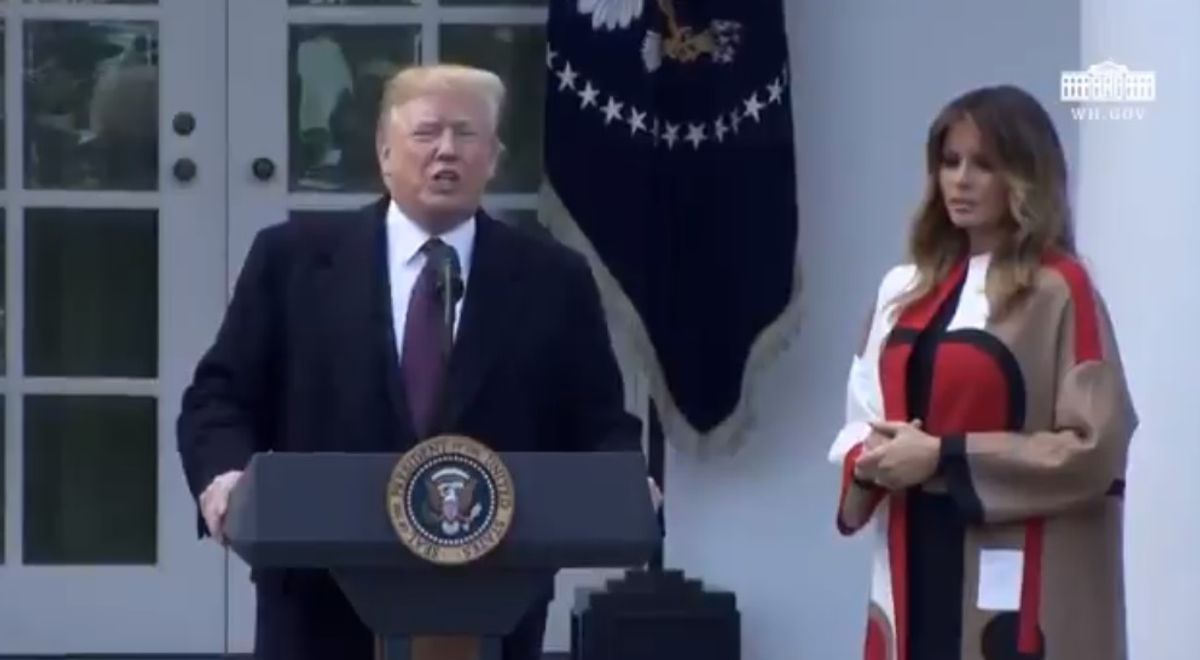 Claim:
U.S. President Donald Trump pardoned a turkey whom he said had lost a "fair and open election" but "refused to concede."
Rating:

The "pardoning" of a live turkey by the President of the United States, thus sparing the bird from ending up as a family's holiday dinner, is an annual Thanksgiving tradition that began with U.S. President George H.W. Bush in 1989.

In 2018, in an eerie foreshadowing (or, some would cynically say, a telegraphing of strategy) of the 2020 U.S. presidential election, U.S. President Donald Trump pardoned a turkey named Carrots who had lost "a fair and open election" (i.e., a White House poll) over which of two turkeys should be spared.

According to Trump, Carrots was the loser of the election but "refused to concede and demanded a recount," and even though "the result did not change," Trump mercifully granted a pardon to both Carrots and the winning turkey.

Thanksgiving is for family, friends and food, but on Tuesday at the White House, it was for the birds.

Two birds, specifically: Peas and Carrots, who received a kind of "presidential pardon" from President Donald Trump on Tuesday in the Rose Garden.

“That turkey is so lucky. I’ve never seen such a beautiful turkey," Trump said.

Joined by first lady Melania, Trump said although both turkeys were being pardoned, Peas was declared the winner of a White House poll that asked Americans to pick which turkey should be pardoned. Trump deemed the contest a "fair and open election."

"Unfortunately, Carrots refused to concede and demanded a recount, and we’re still fighting with Carrots," he said. "I will tell you we’ve come to a conclusion. Carrots, I’m sorry to tell you the result did not change."

"Even though Peas and Carrots have received a presidential pardon, I have warned them that House Democrats are likely to issue them both subpoenas," Trump concluded.