Did President Trump Board Air Force One with Paper Stuck to His Shoe?

A mildly embarrassing moment on the president's trip to Minnesota was greeted with amusement and schadenfreude by some. 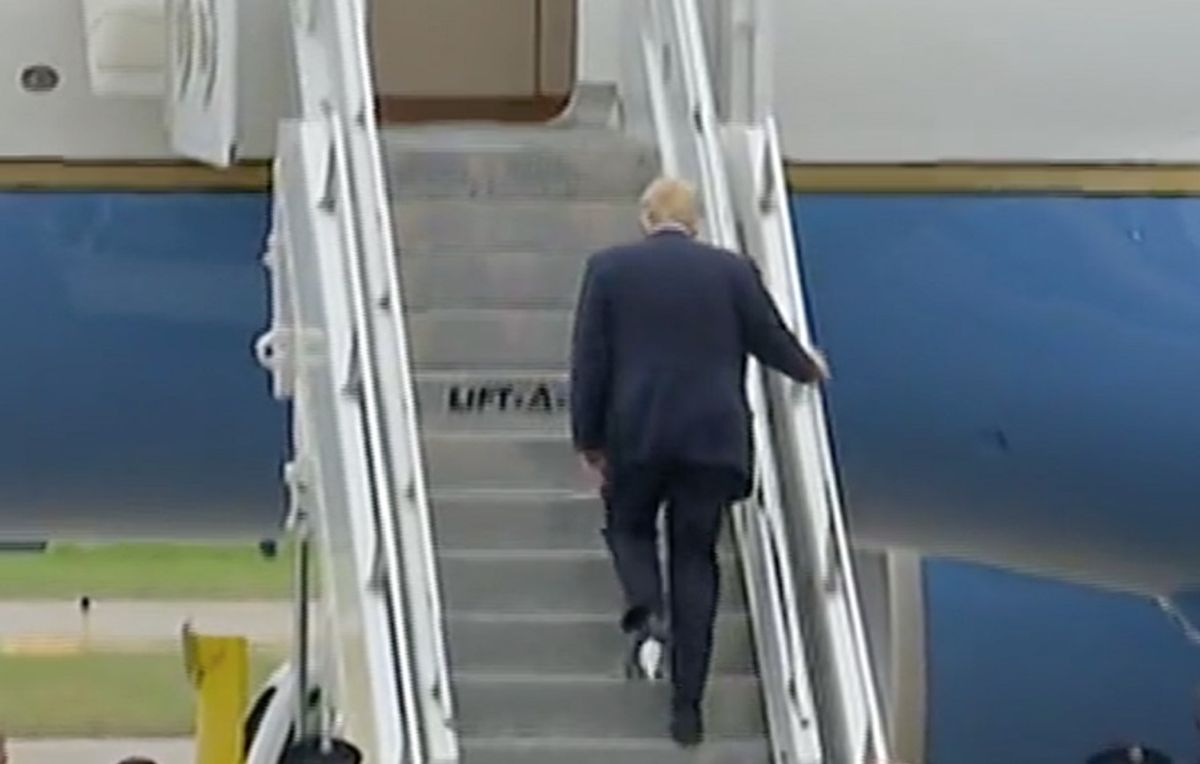 Claim:
While boarding Air Force One in Minneapolis, Minnesota, on 4 October 2018, President Donald Trump had paper stuck to his shoe.
Rating:

On 4 October 2018, video footage spread online which appeared to show a mildly embarrassing moment for President Donald Trump as he boarded Air Force One, travelling between rallies in Minneapolis and Rochester, Minnesota.

The left-wing, anti-Trump Facebook page "Occupy Democrats" posted a video clip, along with the message: "Our "stable genius" president just walked into Air Force One with toilet paper stuck to his shoe."

The video prompted amusement and schadenfreude, particular on the part of opponents of the president, as well as inquiries from readers about its authenticity.

The video is authentic and captures a real incident that occured at around 4:51 PM local time in Minneapolis, Minnesota on 4 October 2018, when President Trump could very briefly be seen with what looked like toilet paper or a tissue stuck to his left shoe as he climbed a staircase to board Air Force One.

KSTP-TV, a St. Paul-Minneapolis ABC News affiliate, broadcast the president's departure live on Facebook. The live video stream began at 4.46 PM local time, and the paper could clearly be seen on President Trump's shoe for about 15 seconds, starting at the 4:45 minute mark.

The president stopped at the top of the stairs, waved to supporters one last time, then the paper dislodged from his shoe and was left on the stairs as Trump boarded the airplane. A staff member or Secret Service agent could be seen picking up the paper as he entered Air Force One a few seconds later, bringing an end to the brief episode: