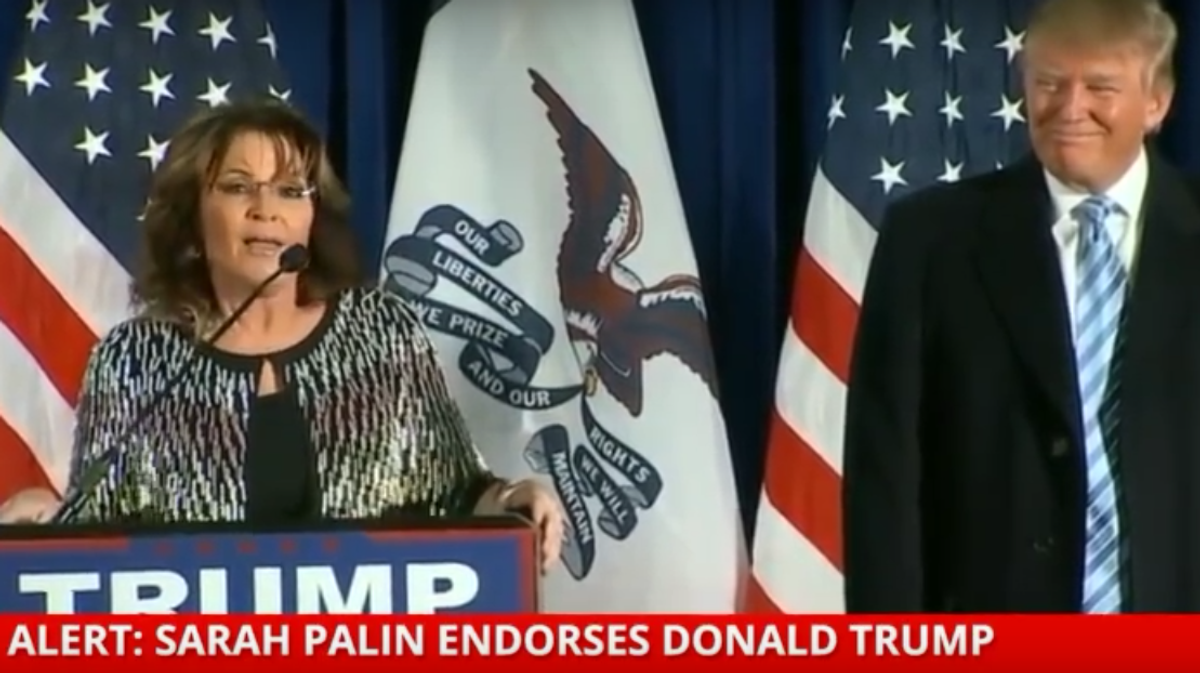 With millions of dollars saved by free media coverage, it allows Donald Trump to spend money differently than a traditional politician. He recently paid Sarah Palin $10 million for her endorsement to help gain Evangelical support.

The strategy behind the deal was to help court the Evangelical vote away from Ted Cruz in Iowa. Strategist Dale Roberts told the Des Moines Register, "This was a smart move, cheaper than buying TV ads, and most likely more effective. When going after the uneducated, you always bring in one of their own, someone they can relate to."

This report was nothing more than fiction, however. The Satira Tribune describes itself as "Satirical News for Satirical Folk" (i.e., a fake news outlet) and does not publish factual stories:

The former Governor of Alaska did endorse Trump for President on 20 January 2016, but it was an endorsement that she appears to have offered without compensation.