Was Trump 'Never Given an Orderly Transition of Power'?

White House Press Secretary Kayleigh McEnany's comment was contradicted by several statements the president made after the 2016 election. 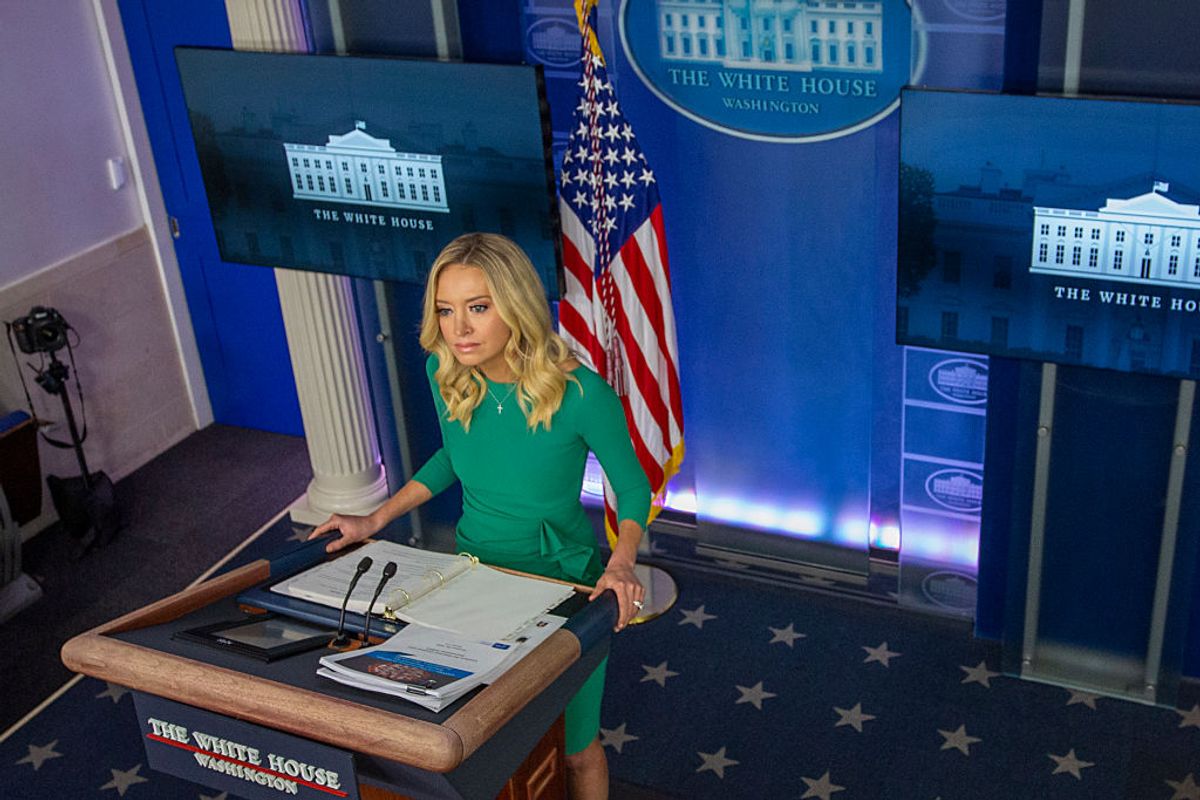 Claim:
U.S. President Donald Trump wasn't given an "orderly" transition when he took office in 2017.
Rating:

On Nov. 20, 2020, White House Press Secretary Kayleigh McEnany held a news conference in the White House briefing room. Addressing U.S. President Donald Trump's refusal to concede his electoral loss to President-elect Joe Biden and his administration's stonewalling of Biden's transition team, McEnany said this about Trump's own transition into power after the 2016 election:

"Also, something that I would note is, just we talked a lot about transfer of power and the election, and it's worth remembering that this president was never given an orderly transition of power. His presidency was never accepted."

The claim was at odds with reality.

In 2016, after being defeated by Trump, Hillary Clinton gave a concession speech the day after the election. "We owe him an open mind and the chance to lead," she stated in the speech.

Trump in 2016 stated that Clinton contacted him the night of the election in what he described as a "lovely" phone call: "She couldn't have been nicer. She just said, 'Congratulations, Donald. Well done.'"

Similarly the General Services Administration, an executive branch agency that is currently under fire for its refusal to hand transition resources off to Biden's transition team, gave Trump's team the reins the day after Election Day in 2016.

McEnany's comments were even contradicted by those made by the president himself during his inauguration address on Jan. 20, 2017:

"Every four years we gather on these steps to carry out the orderly and peaceful transfer of power. And we are grateful to President Obama and first lady Michelle Obama for their gracious aid throughout this transition. They have been magnificent."

The transition period between Biden's election and inauguration has been anything but "orderly." Trump and his supporters, including McEnany, have echoed a conspiracy theory holding that Trump only lost the election on account of a massive voter fraud scheme involving deceased Venezuelan President Hugo Chavez and billionaire philanthropist George Soros.

In an unprecedented move in the modern era, the Trump administration has blocked Biden's team from accessing millions of taxpayer dollars allocated for the transition process, as well as members of government agencies. Trump's General Services Administration head Emily Murphy has refused to sign a letter releasing those resources.