Did Trump Say ‘Nobody Likes Me’?

During a White House press briefing, the president compared his approval ratings with those of fellow members of the coronavirus task force. 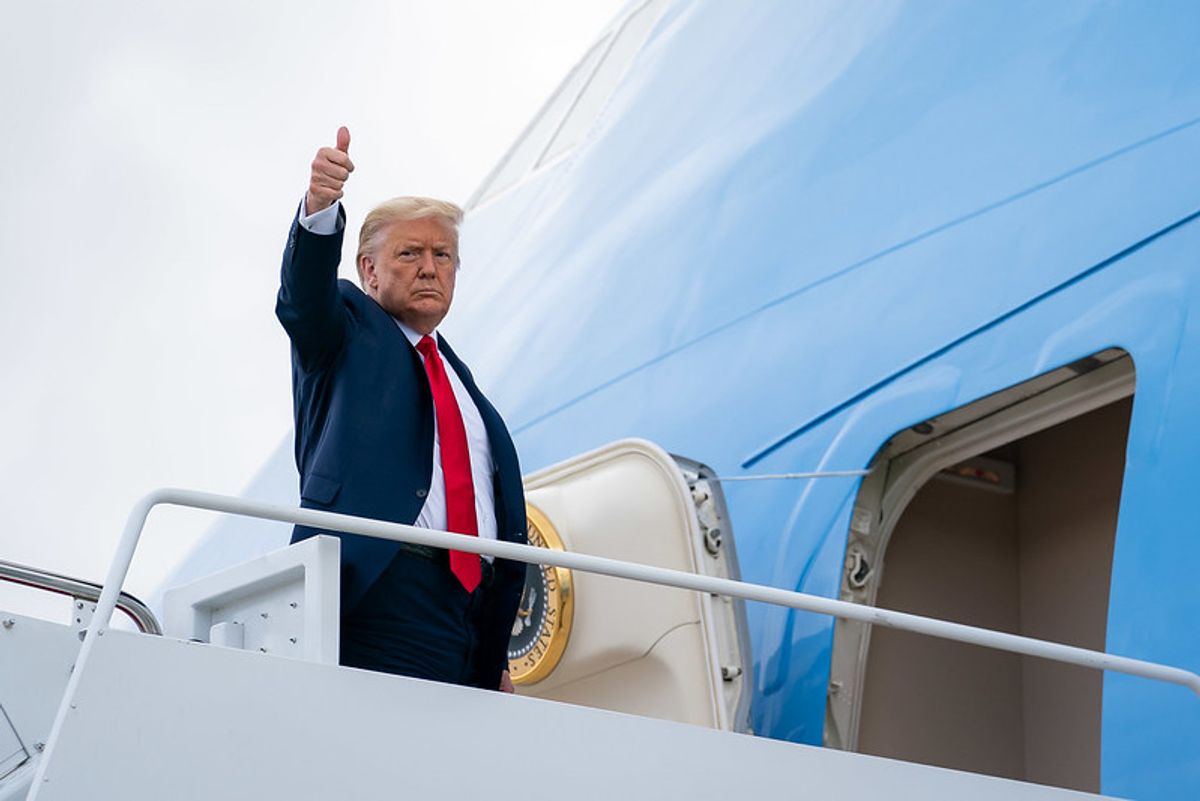 Reportedly, Trump diverged from national issues in a momentary contemplation of his popularity, saying “Nobody likes me” in comments uncharacteristic of the often self-confident politician.

“It can only be my personality. That’s all,” he concluded.

Trump did, in fact, make these remarks, inspiring a Twitter frenzy that lasted into the next day.

With more than 16,000 related tweets, #NobodyLikesTrump became the fourth most popular hashtag on Twitter’s July 29 trending list and sparked “poor me” news reports that played on Trump’s “self-pity.”

The quote went viral after Trump was asked by a reporter to respond to since-deleted tweets in which he reportedly accused Dr. Anthony Fauci of misleading the country in his response to the coronavirus pandemic. Fauci has been the director of the National Institute of Allergy and Infectious Diseases since 1984 and became the face of the United States COVID-19 response at the onset of the pandemic.

In a long-winded reply beginning around the 20-minute mark of the video, Trump said that he had a “very good relationship with Dr. Fauci” and that he listened to the adviser despite not always having agreed with his policies, particularly those related to the travel bans on China and Europe. Trump went on to speak to Fauci’s “very good approval rating” and described fellow White House Coronavirus Task Force member Dr. Deborah Birx as “terrific.”

In subsequent comments, the president then questioned his own approval rating with respect to the virus and appeared to doubt his likability:

And he’s [Fauci] got this high approval rating, so why don’t I have a high approval rating with respect — and the administration, with respect to the virus? We should have a very high, because what we’ve done in terms of — we’re just reading off about the masks and the gowns and the ventilators and numbers that nobody has seen, and the testing at 55 million tests; we tested more than anybody in the world. I have a graph that I’d love to show you — perhaps you’ve seen it — where we’re up here and the rest of the world is down at a level that’s just a tiny fraction of what we’ve done, in terms of testing.

So it sort of is curious: A man works for us — with us, very closely, Dr. Fauci, and Dr. Birx also highly thought of. And yet, they’re highly thought of, but nobody likes me. It can only be my personality. That’s all.

During the 26-minute long press conference, the president also provided an update to COVID-19 vaccine trials and announced a $765 million loan to support the launch of Kodak Pharmaceuticals that will allow the film company to “produce generic active pharmaceutical ingredients” and “make the key starting materials” for many drugs.