Did Trump Win Michigan’s ‘Man of the Year’ Award?

A mysterious award has been mentioned in numerous speeches by the president since 2016. 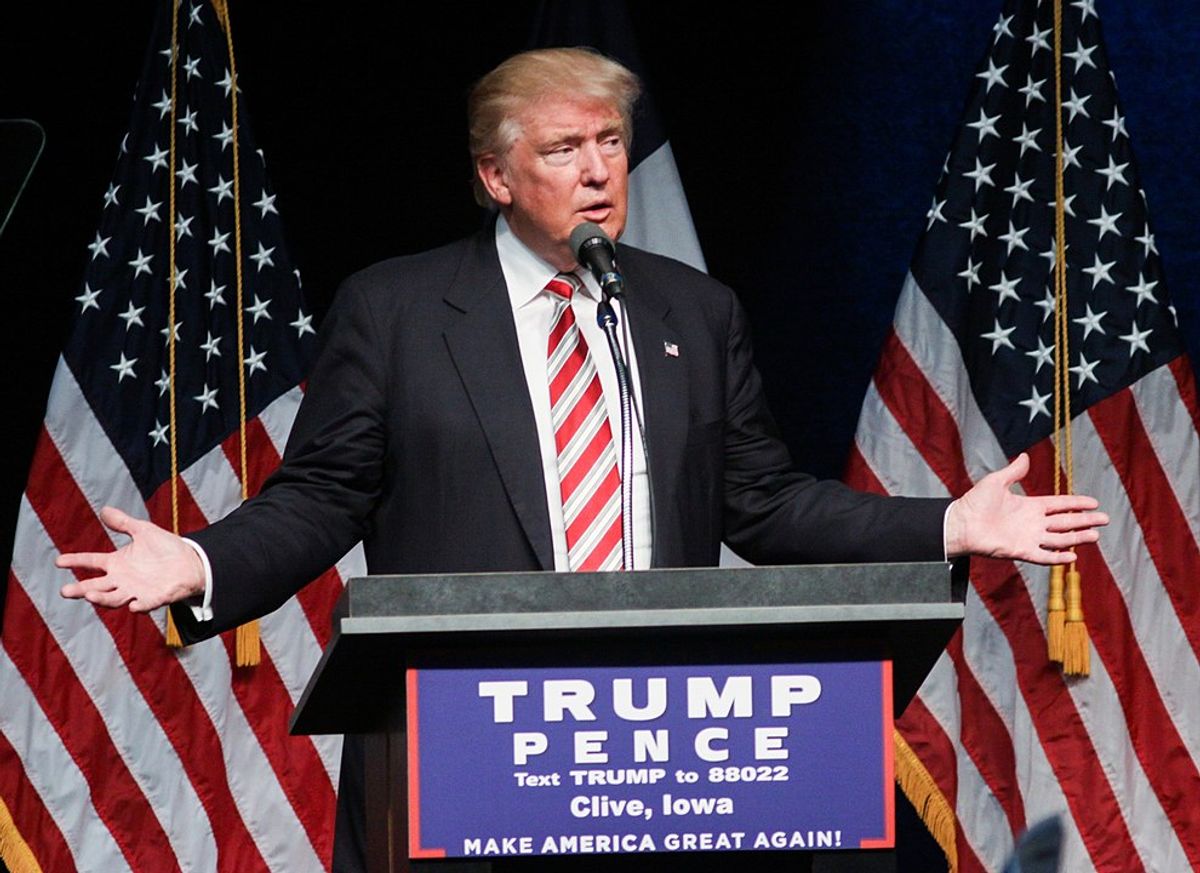 Claim:
U.S. President Donald Trump was honored with a Man of the Year award at an event in Michigan five or six years before he “thought about running” for president.
Rating:

Snopes has fact-checked numerous statements by U.S. President Donald Trump over the years, but one in particular had stumped many journalists since 2016. Since he became president that year, Trump claimed numerous times that he was presented with a Man of the Year award by the state of Michigan a few years before he ran.

We looked into whether such an award existed, and if Trump actually was a recipient. No journalist or news organization has ever found this to be the case.

Trump had told versions of this story since first bringing it up at a campaign rally in 2016. In August 2019, at a rally in New Hampshire, he even expressed confusion about receiving the award, saying, “I didn’t even understand it myself, but I was named Man of the Year.” On May 20, 2020, in a meeting with Arkansas Gov. Asa Hutchinson and Kansas Gov. Laura Kelly, Trump repeated the claim, saying:

And I got up — and I remember so well. I spoke — probably just five, six years before I even thought about running for President. And I got up and I spoke and I said, “Why are you allowing them to steal your car business?” You know, we lost 32 percent of our car business to Mexico, and a lot of it came out of Michigan.

Not only were multiple news organizations unable to find evidence of Trump winning such an award, but there was no proof the award existed in the first place.

Back in 2016, The Huffington Post dove into the claim, and found no evidence of such an award existing in Michigan, including from the Michigan Chamber of Commerce. The Detroit News runs an annual list of Michiganians of the Year, but Trump wasn’t on it. We reached out to them and a spokesperson confirmed to us that the winner must be from Michigan. They said:

Even Trump’s Twitter archive did not mention such an award.

Former Republican Congressman Dave Trott told CNN in 2019 that Trump's claim originated from a 2013 event that Trott invited him to. But Trott added that there was no award presented to Trump at that particular dinner.

The president has received similar accolades, however.

Trump was designated as Time Magazine’s Person of the Year in 2016 and received the Statesman of the Year award from the Republican Party of Sarasota County, Florida.

CNN pointed out that Trump made a version of this claim in May 2020 after falsely stating that Michigan’s secretary of state sent absentee ballots to all voters and had broken the law. (She had, in fact, sent ballot applications).

Given that multiple news organizations tried and failed to find proof of Michigan’s so-called Man of the Year award in the years since Trump first started making this claim, we rate this claim as "False."

Dzhanova, Yelena.   "Trump Threatens to Hold up Funding to Michigan and Nevada for Expanding Vote-by-Mail Access."    CNBC.   20 May 2020.

Whitehouse.gov.   "Remarks by President Trump in a Meeting with Governor Hutchinson of Arkansas and Governor Kelly of Kansas."    20 May 2020.