Did Trump Say Mexicans Call Him a 'Peachy Cool Arrow'?

This joke does not stem from an actual quotation. 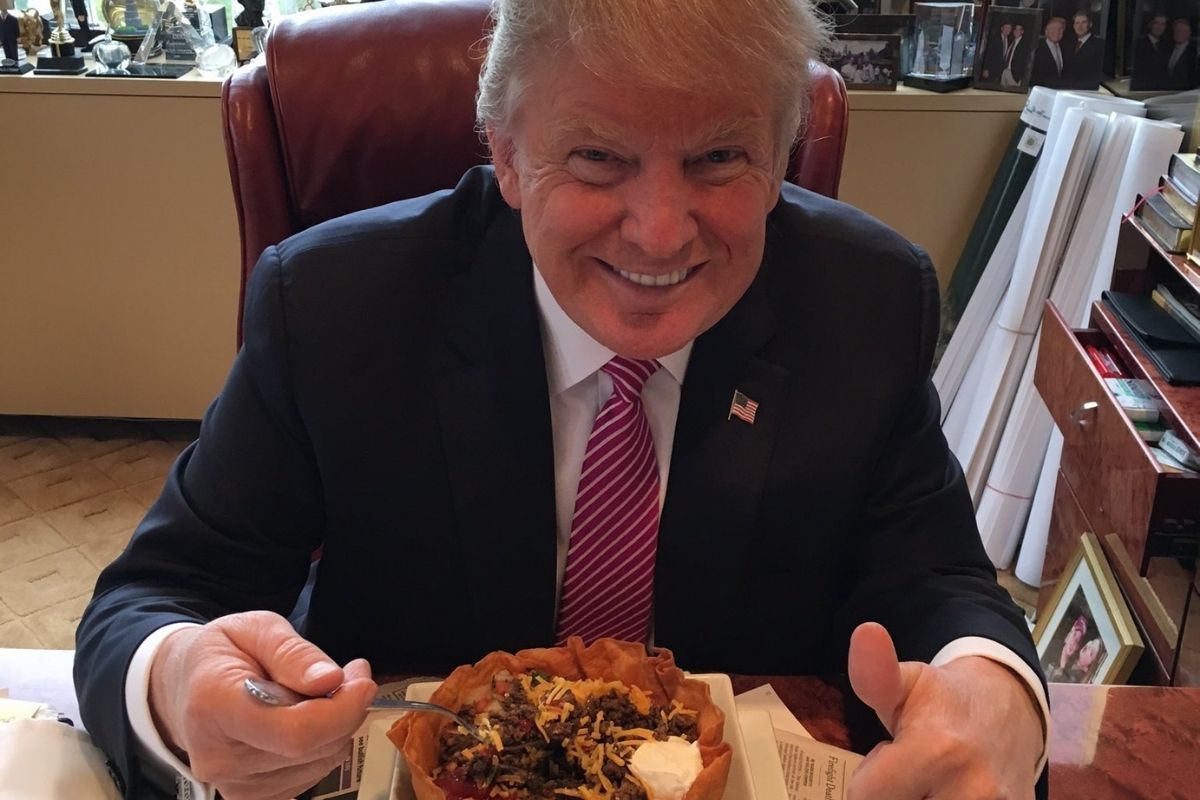 Claim:
U.S. President Donald Trump said Mexicans love him, and refer to him as a "peachy cool arrow."
Rating:

In September 2020, an old meme supposedly containing a quote from U.S. President Donald Trump, in which he declares that Mexicans love him and call him a "peachy cool arrow," started to recirculate on social media: But Trump did not boast about being called "peachy cool arrow" by his Mexican supporters.

This is a joke built from a simple play on words. While "peachy cool arrow" may seem like a harmless phrase in English, it sounds like "pinché culero," which is a Mexican phrase for "ignorant asshole."

This translation error is mentioned in some versions of this meme. In September 2020, for example, the Facebook page Occupy Democrats shared this meme along with a definition of the Mexican phrase: It certainly would have been a bit ironic if Trump actually did brag about being a "peachy cool arrow." While Trump has said that "Hispanics love me," we've found no record of him making this "peachy" statement.

The linguistic humor in the above-displayed meme seems to play off of a "false friend" or a "cross-language homophone," where a word in one language sounds like a word in another language, despite having a different meanings. For example, the word "fart" in English means "speed" in Sweden.

Saul, Heather.   "Donald Trump Declares 'the Hispanics Love Me – They Were Chanting for Me' After Being Met by Protesters at US-Mexico Border."     Independent.   27 July 2015.