Was Trump Caught Wearing His Mask Below His Nose?

A viral image supposedly shows the U.S. president wearing his mask below his nose, but the origin of the image is less clear. 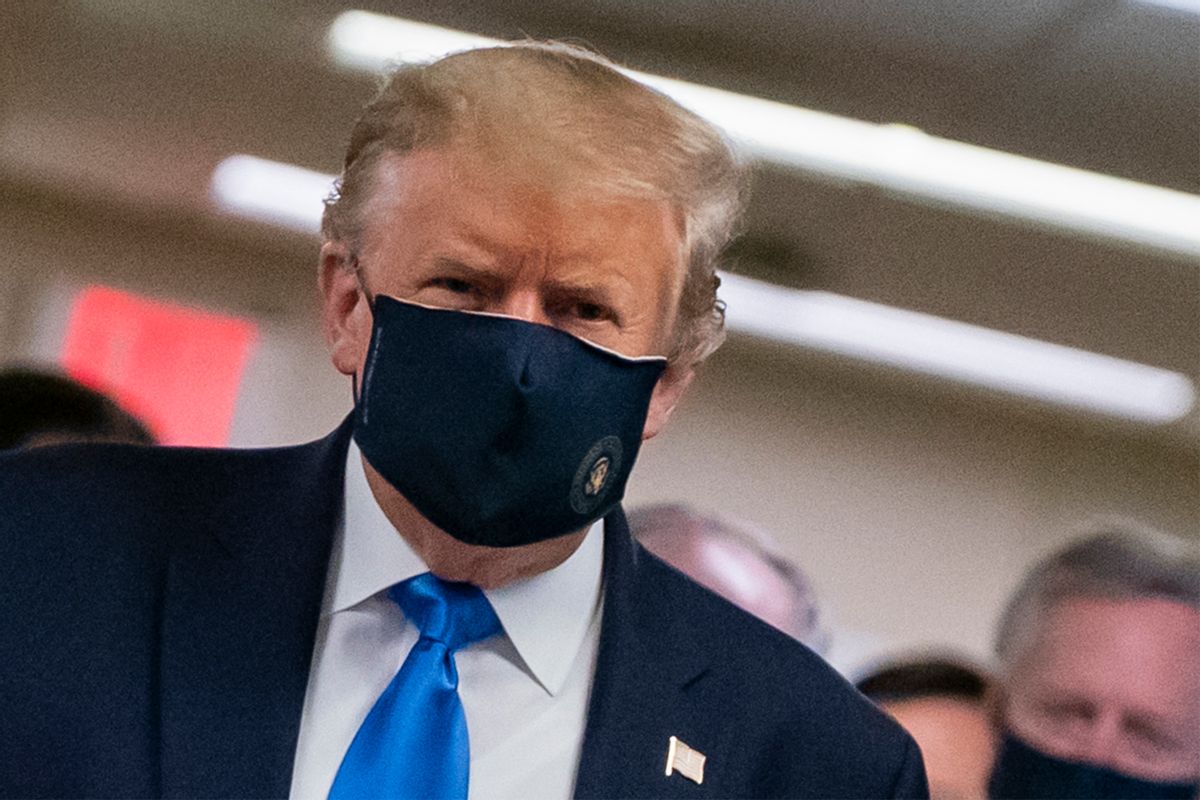 On July 11, 2020, U.S. President Donald Trump visited wounded soldiers at Walter Reed National Military Medical Center. The trip made national headlines in large part because Trump was photographed walking the halls of the hospital in a face mask. Before this photo op, the president had so far been reluctant to wear a face covering in public despite the insistence of medical officials that doing so would help slow the spread of the coronavirus.

A number of photographs were posted online showing Trump in his presidential face mask, but one image supposedly showed that Trump, at one point, was wearing his mask below his nose: The Centers for Disease Control and Prevention (CDC) notes several times on its website that in order for a face mask to be effective it must be worn over the mouth and nose. If this image is real, it shows Trump incorrectly wearing his mask. But is this a genuine photograph?

The New York Times reported that Trump, at one point, had his mask below his nose, but they did not include the viral photograph (or any other image) to illustrate this point:

Unfortunately, at a certain point, his nose was visible, too — a mistake that obviates the effectiveness of the mask as a protection for others, or the image of himself as a mask-wearing role model, since what he ended up modeling was how not to wear it. But it was a start!

Although we can't make any definitive statements about this image, we can say that we are skeptical of its authenticity, as a brief examination of this low quality, compressed, blurry image revealed a few apparent oddities. For instance, Trump's nose appears more angular than normal in the viral photograph, there's discoloration around the mask, the straps of the mask around Trump's ears appear elongated, and the shape of the mask itself appears unusual (why is the "nose bump" still visible if the mask is no longer on Trump's nose?).

We cannot definitively say if this image is real or fake because we have not been able to uncover its original source. The earliest postings of this image that we could find came from social media accounts that frequently post content critical of Trump, such as The Other 98%. We reached out to The Other 98%, as well as some other early posters, for more information about the origins of the image. We also reached out to photographers from The Associated Press and Getty Images who were in attendance at Walter Reed to see if they had any additional information about this photograph.