Is This an Image of Trump and Manson Being Shared by Trump Supporters? 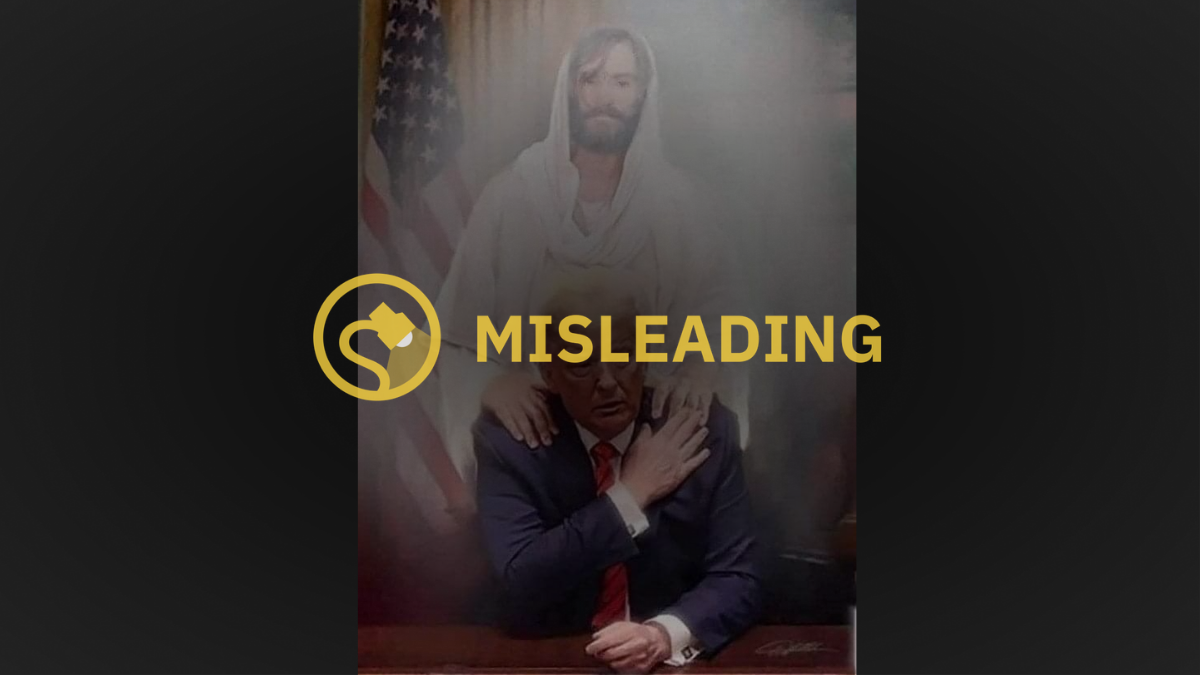 Claim:
An image of U.S. President Donald Trump and convicted killer Charles Manson was widely circulated by the president's supporters who mistook Manson for Jesus.
Rating:

A depiction of Jesus standing behind U.S. President Donald Trump was manipulated to make it look like convicted killer Charles Manson was behind the president.

This image was not widely shared by Trump's supporters.

On Aug. 24, 2020, a Twitter user posted an image of U.S. President Donald Trump being watched over by cult leader Charles Manson and claimed that the president's supporters were sharing it on Facebook under the false impression that it actually showed Jesus: The above-displayed tweet was shared more than 34,000 times and received more than 140,000 likes. As this claim circulated on social media, we started receiving queries asking if Trump supporters were truly sharing the image. One reader even asked if it had been shared by the RNC:

Is the RNC really posting this image of Charles Manson and Donald Trump photoshopped together to appear as if Manson is Jesus endorsing Trump?

While it's certainly possible that a handful of Trump supporters have shared this image by accident, we found no record of it being shared on the social media pages of the Republican National Convention, the White House, or the GOP. While we have not perused the accounts of every elected Republican lawmaker, we can say that we have not encountered any high-profile Republican accounts sharing the image in earnest, nor any postings by Trump's supporters that were widely shared on social media.

The image of Manson and Trump appears to be a manipulated version of a painting that originally showed Trump and Jesus entitled "You are not Alone" that was uploaded to Fine Art America by Danny Hahlbohm on May 28, 2020. Here's a look at the original painting (left) and the manipulated version (right): Here's a comparison of Hahlbohm's painting from Fine Art America (left) and the earlier version (right): To sum up: A painting of Jesus standing behind Trump was digitally altered to make it appear as if Trump were being watched over by cult leader Manson, not Jesus. While the Trump / Manson image went viral along with the claim that it was unknowingly being shared by Trump supporters, we could find no popular instances of Trump supporters sharing the Manson image in earnest.