Did Trump Say He Won't Leave Office at End of Elected Term?

U.S. President Donald made the comments as part of a jab against his critics and journalists. 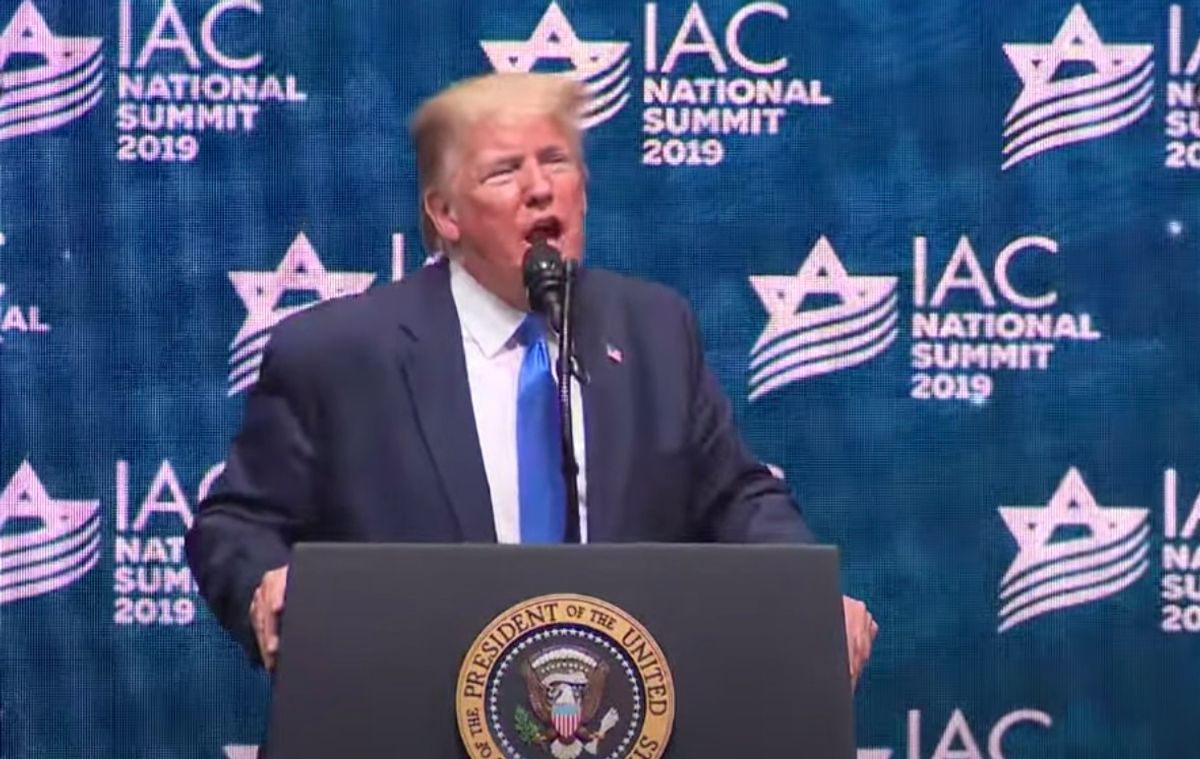 Claim:
U.S. President Donald Trump said he will not leave office at the end of his elected term.
Rating:

When asked directly by a reporter during a Sept. 23, 2020, press briefing whether he would commit to a peaceful transfer of power, "win, lose, or draw" in the upcoming November election, Trump refused to do so.

However, on another occasion Trump told Fox News he will leave office to "go on, do other things" if not reelected. He has in the past referred to his statements about not leaving office at the end of his term as "jokes."

Given Trump's self-contradictory and sometimes flippant statements on the matter over time, it's impossible to divine what his true intentions are.

U.S. President Donald Trump caused a bit of an outcry on Sept. 23, 2020, when he was asked during a press briefing at the White House whether, "win, lose or draw," he would commit to "a peaceful transferal of power after the election."

Playboy reporter Brian Karem posed the question because Trump had for months made statements about serving more than the two terms allowed for a president by the Constitution. Trump has claimed that those comments were jokes.

"Do you commit to making sure that there’s a peaceful transferal of power?" Karem asked.

Trump answered, "We want to have — get rid of the ballots and you’ll have a very trans — we’ll have a very peaceful — there won’t be a transfer, frankly; there’ll be a continuation."

"If the president loses this election, will this White House, will this President assure us that there will be a peaceful transfer of power? It’s a very simple question. We’ve been doing it since 1800," Karl stated.

McEnany gave a long answer but stated he would accept the results of a "free and fair election":

The President will accept the results of a free and fair election.

But I think that your question is more fitting to be asked of Democrats who have already been on the record saying they won’t accept the results of an election.

The Washington Post has noted — they have a headline: “Democrats may not trust the results of the election if Trump wins.”

And then you have that beautiful quote from Hillary Clinton that “Joe Biden should not concede under any circumstance.”

So I think your fitting is more ques- — more a fitting — a fitting question for Democrats.

Trump has been making unfounded statements to the effect that mail-in voting, which will play a key role in the November 2020 election due to the ongoing COVID-19 pandemic, are prone to widespread fraud.

Questions about whether Trump would peacefully leave office swirled for months in the lead-up to the 2020 election. In mid-June, social media users shared posts saying Trump had once suggested he won't leave office at the end of his elected term, prompting readers to ask Snopes if he actually said such a thing.

The queries appeared to be based on a speech Trump gave in December 2019 at the Israeli-American Council [IAC] National Summit, during remarks about his administration's controversial decision to move the U.S. embassy in Israel from Tel Aviv to Jerusalem. In the rambling speech, Trump addressed his friend, billionaire businessman and campaign donor Sheldon Adelson, and stated the new embassy building would be constructed with "Jerusalem stone."

In the comments, Trump also appeared to be deriding his critics, who had expressed fears that he would not willingly leave office if termed out, or if he lost reelection. Here are his exact words:

THE PRESIDENT: No, but think of this. Think of this, right? So we’re going to spend $2 billion. It wouldn’t be built, Sheldon, for 10 years, fif- — don’t forget: At some point, whether it’s 5 years from now, 9 years from now, 13 years from now — I’m doing this to drive the media crazy. (Applause.) Because a lot of them say, “You know he’s not leaving, don’t you?” One of these characters — these people are so stupid. One of them said — one of them said, “You know he’s going to win, don’t you? And you know, at the end of his second term, you know he’s not leaving. He’s not leaving. You know that.” And I thought he’s a comedian. I thought he was kidding. He’s for real. So now we have to start thinking about that, because it’s not a bad idea. (Applause.)

No, but these people are going crazy. When they all scream, “Four more years, four more years,” I always say, “Make it 12 years and you’ll drive them crazy.” Twelve more years. But if I don’t get the build- —

THE PRESIDENT: (Laughs.) But if I don’t get the building built, it’s never going to get built because you’re going to have some guy like Obama or Crooked Hillary.

In June 2020, Trump told Fox News he will leave office to "go on, do other things" if not re-elected. And while he has claimed previous comments raising doubts about his willingness to leave should he lose the November 2020 election were jokes, we didn't see any hint of levity in his statements at the Sept. 23 press briefing.

We therefore rate this claim "Mixture."

Ankel, Sophia. "Trump Said He Would Leave the White House Peacefully If He Lost the Election Despite Fears By Biden that He Would Refuse to Step Down."   Business Insider. 13 July 2020.

Updated to include further comments made by Trump. Rating updated from "Mostly False" to "Mixture."