Did Donald Trump Jr. Say This About Women, Rape, and the President?

Generally speaking, Facebook memes are not a reliable source for factual information. 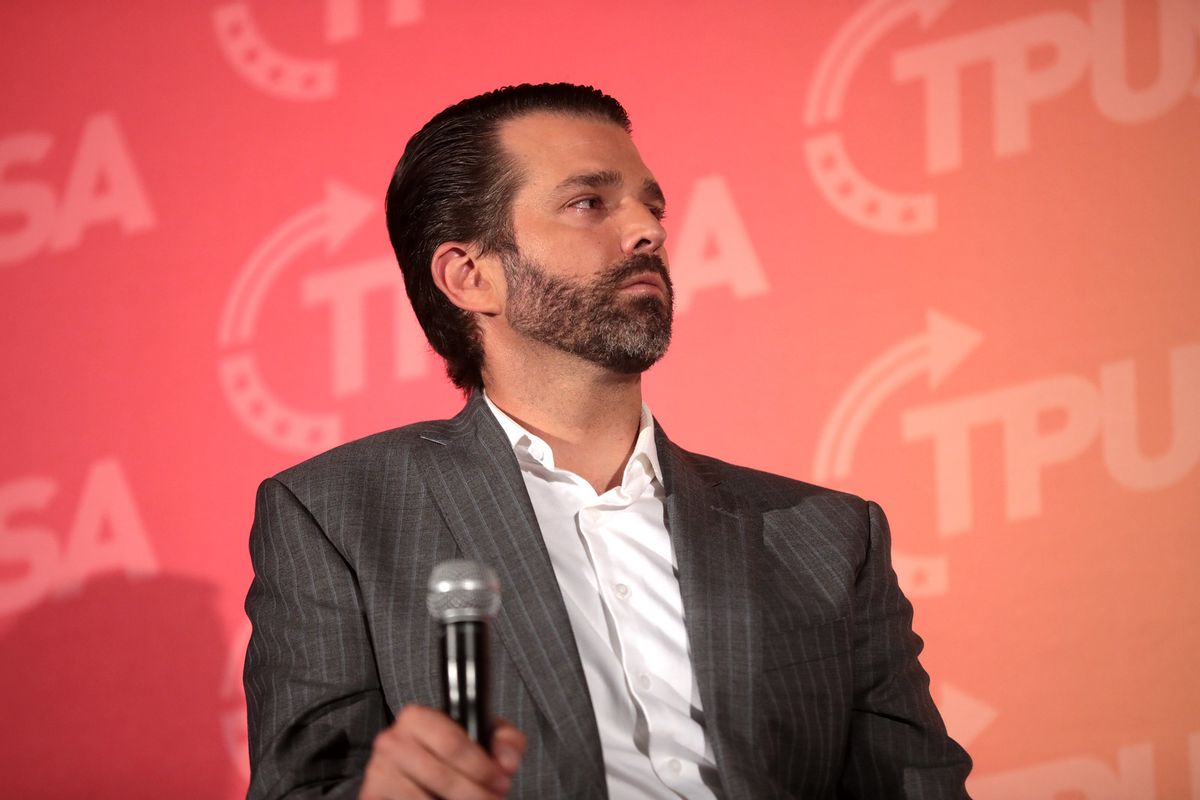 Claim:
Donald Trump Jr. said: "My father doesn't need to rape women. It's more likely a woman would rape him. That's how popular he is."
Rating:

In October 2020, a graphic featuring a photo of one of U.S. President Donald Trump's sons, Donald Trump Jr., and a quote ostensibly uttered by him during an appearance on conservative commentator Sean Hannity's radio program started to circulate on social media.  Trump Jr. allegedly said  his father doesn't need to rape woman because it's more likely that they would rape him: This is not a genuine quote from Trump Jr.

For starters, Trump Jr. was not a guest on Hannity's radio program on Oct. 14. Republican Senator David Perdue of Georgia was Hannity's guest on that day.

We were also unable to find any news articles reporting on this quote, nor any audio or video clips of Trump Jr. making this statement. It appears that this quote exists solely in the form of the above-displayed meme.

But the biggest red flag that this quote is fake is the faint watermark running along the right side of the image that reads: Facebook/StopTheWorldTheDeplorablesWantOff. This is the URL of a Facebook page that traffics in political humor and memes, and often posts factually inaccurate content. In 2018, for example, this page shared another fake quote ostensibly uttered by Trump Jr. about wildfires in California.