Musk previously announced that he would be stepping down as the company's CEO after a majority of users voted in his own poll that he should resign. 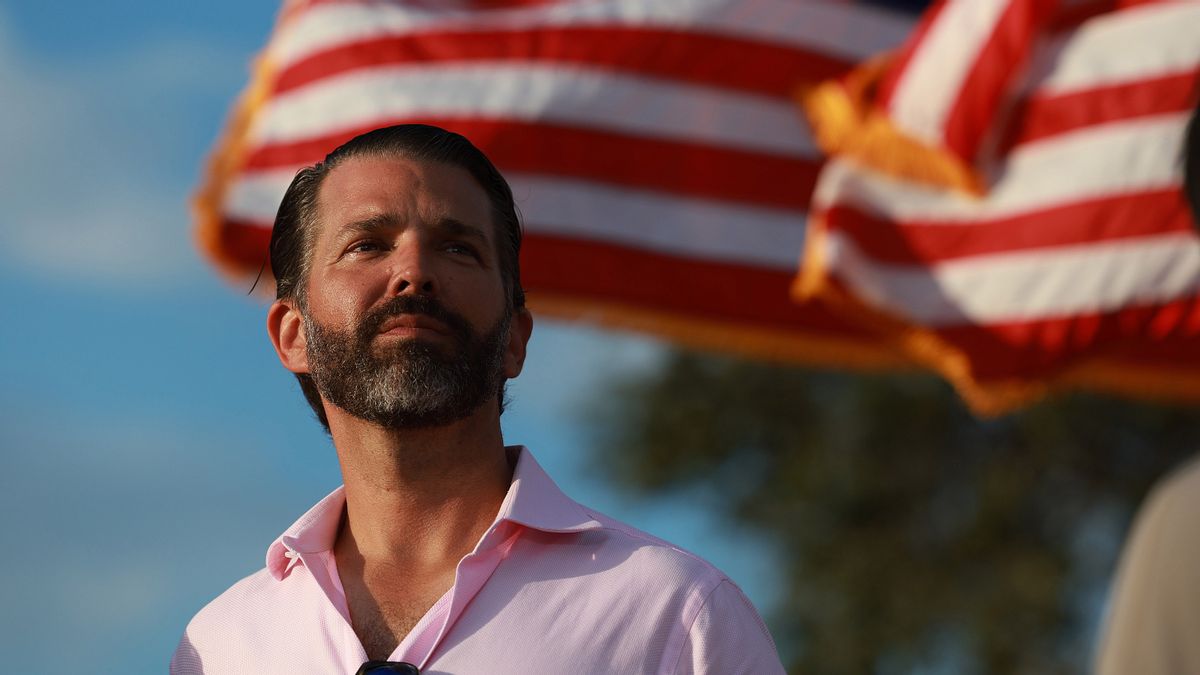 On Dec. 19, 2022, a blogger named Jeff Charles published a new story on his Substack page, The Smattering. The headline read, "BREAKING: Elon Musk to Appoint Donald Trump Jr. as New Twitter CEO After Stepping Down."

While it's true that Musk had announced he would be stepping down as CEO, this article was nothing more than satire. Charles' own Twitter bio mentions, "BREAKING = Satire: https://smatteringnews.substack.com." Also, a disclaimer on the blog read, "The hottest news that ain't true, but totally could be."

Still, the fact that this was satire didn't stop a seemingly endless number of users from believing in and celebrating the purported news, as could be seen by performing a simple Facebook search for the words in the headline, then either sorting by most recent or choosing to filter by photos.

A screenshot of the headline also appeared in a TikTok video that appeared to be well on its way to being viewed millions of times. (This video may have originally been posted by Instagram user @cramersez.)

The beginning of the satirical story read as follows:

Austin, TX — Twitter CEO Elon Musk has announced his successor as the head of the social media company after a poll revealed that more users would like him to step down from managing the day-to-day operations of the company. After cautioning users to "be careful what you wish for," Musk has decided to hand the reins to Donald Trump Jr. after he vacates his position.

"So y'all don't want me running Twitter anymore? Fine! Let's see how you deal with THIS!" he said during a Twitter Spaces session.

Twitter has not yet set a date for Trump's takeover, but the son of former President Donald Trump seems ready and willing to run the company. "Oh, it's gonna be LIT," he told The Smattering. "Leftists had their collective panties in a bunch just because Elon wanted to create a level playing field for all political views. But now, I'm gonna go buck wild on this bird app."

Trump Jr. tweeted of the purported Twitter CEO news, "This is unfortunately fake news, but would definitely be lit AF."

On Instagram, Trump Jr. also added, "Everyone keeps sending this to me so I figured I'd let you know." This apparently indicated that some users were asking him if the satirical news was real.

Note: In addition to his writing on The Smattering, Charles also contributes to RedState, Liberty Nation, and Newsweek.