Did Trump Say Italy and U.S. Have Been Allies for Thousands of Years?

The phrase “dating back thousands of years” caused many commentators to misunderstand President Donald Trump’s remarks. 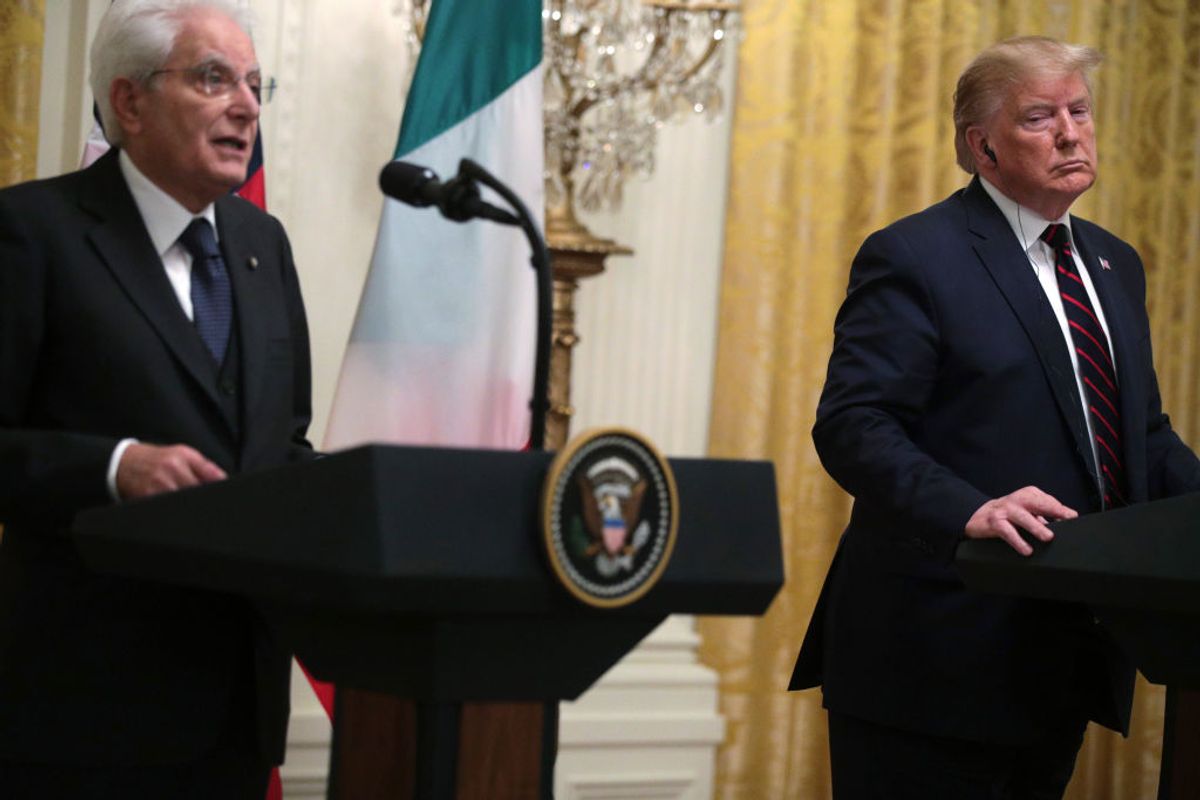 Claim:
During an October 2019 press conference, U.S. President Donald Trump claimed the U.S. and Italy had been allies for thousands of years.
Rating:

In October 2019, U.S. President Donald Trump’s public appearances with his Italian counterpart, Sergio Mattarella, prompted readers to inquire about two viral claims. One was whether the president had flubbed the pronunciation of the Italian president's name.

Others claimed that Trump had said the United States and Italy had been allies since the era of ancient Rome.

But Trump never actually claimed that.

It would clearly be wrong because the U.S. was only founded as an independent nation in 1776, and Italy was only unified in the 19th century, becoming a republic in the 1940s.

What Trump actually said, in his opening remarks during the press conference, was as follows:

“The United States and Italy are bound together by a shared cultural and political heritage dating back thousands of years, to ancient Rome …”

The phrase “dating back thousands of years” evidently caused many commentators to misunderstand the meaning of Trump’s remarks. But it’s the heritage that goes back that far, not the binding of the two nations.

The influence of the Roman Republic on the formation and principles of the American Republic is well-documented, and Trump’s point was historically sound.