Did President Trump Say 'I Can Do My Job Without Any Intelligence Whatsoever?'

For some readers, the line between presidential satire and reality grows hazier every day. 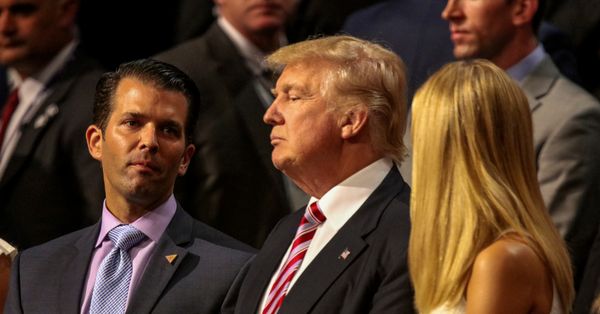 Claim:
President Trump said, "I can do my job without any intelligence whatsoever."
Rating:

On 30 January 2019, a number of social media users encountered a quote attributed to President Donald Trump, asserting that the chief executive had said, "I can do my job without any intelligence whatsoever."

This utterance gained currency immediately after President Trump accused U.S. intelligence agencies of being “passive and naive” about the dangers posed by Iran and was presented in several Facebook posts as if it were a literal quote from the President of the United States. Author Erica Jong also shared this statement on Twitter as the genuine words of President Trump:

However, this phrase actually originated in a satirical article by New Yorker humorist Andy Borrowitz, headlined "Trump Comes Out Strongly Against Intelligence": While articles published by The Borowitz Report are tagged as satire, some of these japes nonetheless escape the confines of The New Yorker and are shared on social media as if they were news stories. We've previously debunked pieces from this source reporting that Vice President Mike Pence had issued a warning against gay aliens, and that Russian President Vladimir Putin was set to sing at President Trump's inauguration.

It should be noted that Jong, whose tweet containing this fictitious quote was shared thousands of times, responded to at least one user on Twitter to note that the quote had originated with Borowitz.