Did Trump Say He Would Testify at Impeachment Trial if He Could Take Air Force One?

Some obvious jokes aren't so obvious. 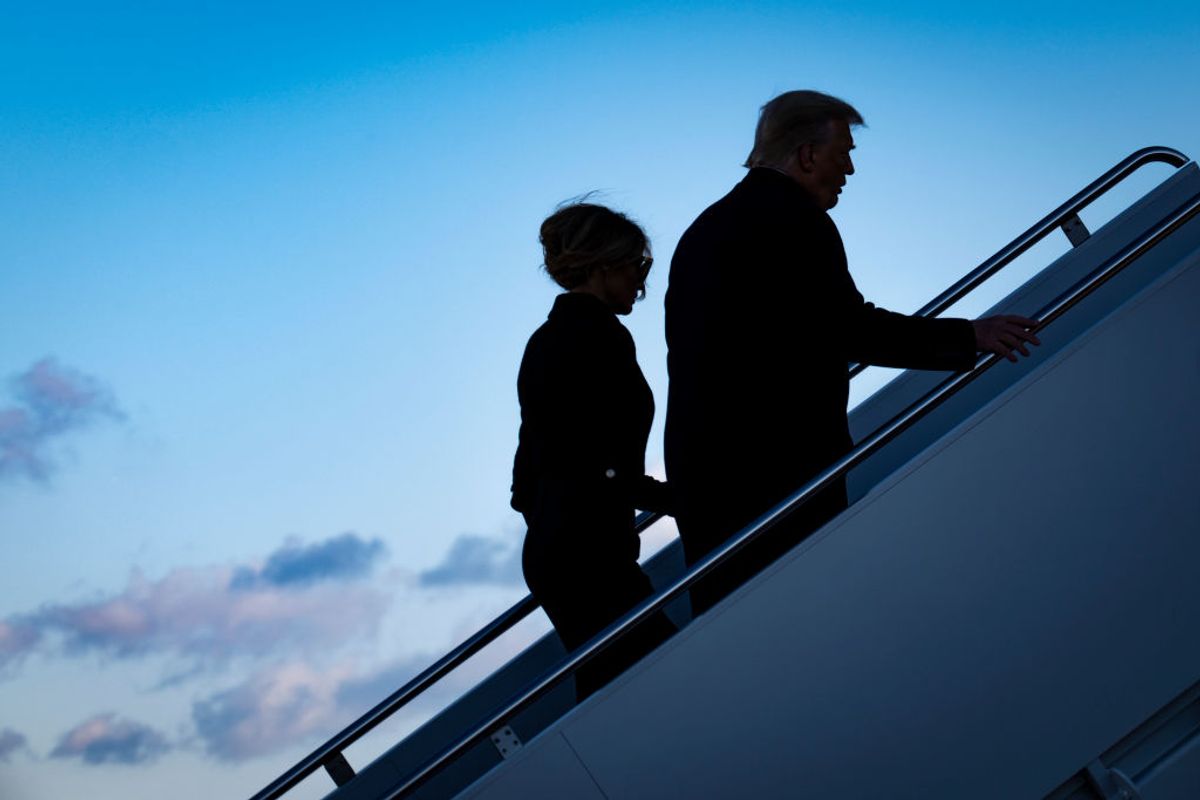 Claim:
Former U.S. President Donald Trump said that he would testify during his second impeachment trial if could to travel to Washington, D.C., on Air Force One.
Rating:

On Feb. 9, 2021, as the second impeachment trial of former U.S. President Donald Trump started in the Senate, a statement ostensibly uttered by Trump about how he would only testify at the trial if he was allowed to take Air Force One to Washington, D.C., started circulating on social media:

This tweet reads: "BREAKING: President Trump requests use of Airforce One if forced to appear in Congress. "If they want to impeach me as President they'll have to let me travel as President."

This is not a genuine quote from Trump.

For one, this quote cannot be traced back to any news reports or videos of the former president. And if this were a genuine quote, it would certainly be headline news. Trump was impeached for a second time by the House of Representatives with a bipartisan vote on Jan. 13, 2021, a week after a pro-Trump mob stormed the U.S. Capitol. Trump, who was impeached on a charge of "incitement of insurrection," was invited to testify during his trial before the U.S. Senate by lead impeachment manager Rep. Jamie Raskin of Maryland.

Raskin said: "If you decline this invitation, we reserve any and all rights, including the right to establish at trial that your refusal to testify supports a strong adverse inference regarding your actions (and inaction) on January 6, 2021."

Jason Miller, a spokesperson for the former president, said Trump “will not testify in an unconstitutional proceeding.”