Did President Trump Say “Everybody Would Be Very Poor” If He Were Impeached?

The chief executive asserted that if the country were deprived of his thinking, markets would crash and everyone would be poor as a result. 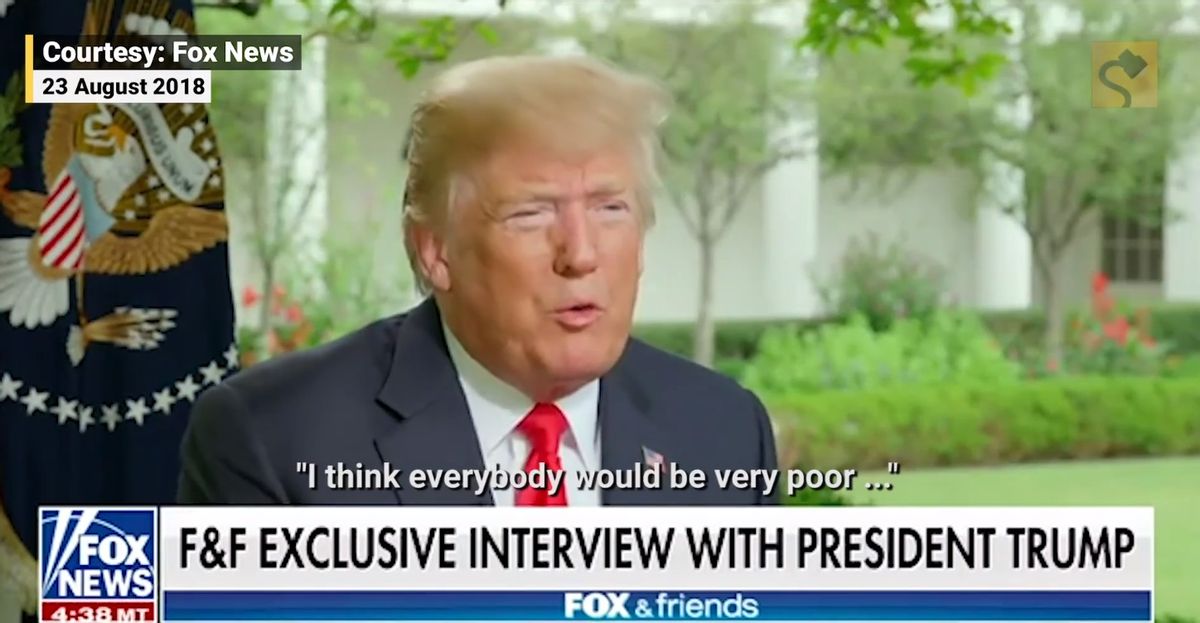 Claim:
President Trump said that “everybody would be very poor” if he were impeached.
Rating:

On 23 August 2018, amid news of the plea deal of Trump personal attorney Michael Cohen and the conviction of former Trump campaign manager Paul Manafort on eight counts of financial crimes, President Trump sat down with Fox and Friends’ Ainsley Earhardt for an interview. The topic of impeachment was broached by the President himself, who ruminated that "I don't know how you can impeach somebody who's done a great job." His follow-up to that remark quickly became the topic of online memes: Indeed, President Trump suggested that removing him from office would have catastrophic financial ramifications for the U.S. financial markets and for all Americans, because the country's economy could not survive being stripped of his "thinking":

That same day, CNBC reported the market "had little reaction so far to Trump's renewed legal troubles,” adding that "traders say the market ... expects Trump to avoid impeachment unless the special counsel investigation can tie the president directly to collusion with Russia to sway the 2016 election."