Is This a Real Image of President Trump's Holding a 'Jesus Is King' T-Shirt?

Shirts may rival signs as among the most photoshopped objects around. 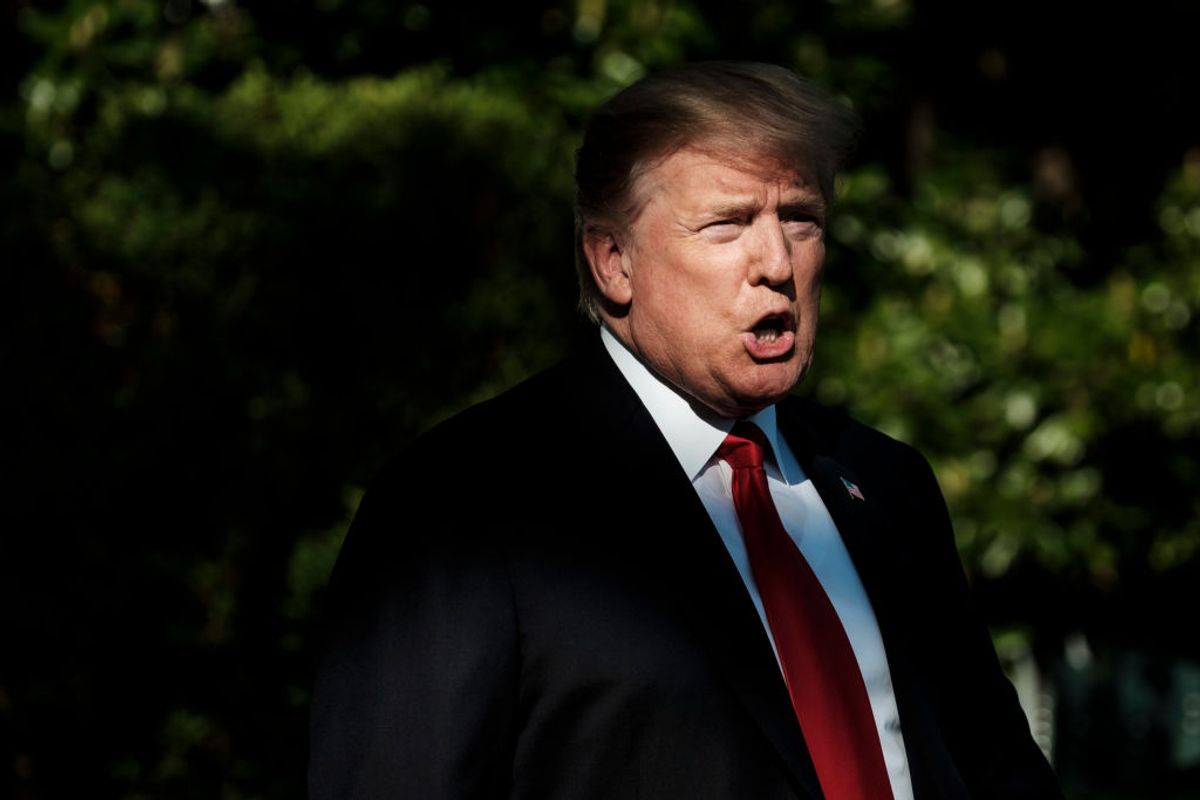 An image supposedly showing U.S. President Donald Trump's holding a "Jesus is King" shirt racked up more than 10,000 shares after it was posted to the "American Life" Facebook page on 29 April 2019: While some viewers may have easily been able to tell that this image was digitally manipulated by observing some tell-tale signs (the shirt appears perfectly flat without a single wrinkle near the text), few of the 300-plus commentators of this post pushed back. One reason some viewers may have been fooled is that the "American Life" Facebook page presented it as if it had been shared on Trump's official Instagram account.

This is not a genuine photograph of Trump holding a "Jesus is King" shirt, and the image was never posted to Trump's Instagram page.

The image was created by doctoring a photograph of Trump holding a jersey with the number "45" on the back. The original photograph was taken on 28 August 2018 as leaders of the Fédération Internationale de Football Association (FIFA) met with Trump in the Oval Office to discuss the 2026 World Cup: President Donald Trump met with the leaders of FIFA and the U.S. Soccer Federation in the Oval Office on Tuesday.

FIFA's Gianni Infantino and U.S. Soccer's Carlos Cordeiro visited the White House to discuss the 2026 World Cup, which the U.S. will be hosting alongside Canada and Mexico.

"We very much appreciate the fact that we have won a very important event -- the World Cup in 2026 -- and will be hosting it along with Mexico and Canada," Trump said as the media assembled after the meeting. "And it's a very special event, I think it's probably, certainly one of the biggest and maybe the biggest sporting event in the world and soccer's come such a long way.

"Soccer is a game, I guess you call it football, but over here maybe at some point they'll change the name, I'm not sure. But we'll see. It's working very well either way."

Trump posted the real photograph from this meeting to his Instagram page. Here's a look at the genuine photograph (left) and the doctored image (right):