Did Trump Hold the Bible Upside Down?

All eyes were on the president as he appeared for a photo-op amid widespread anti-police-brutality protests in June 2020. 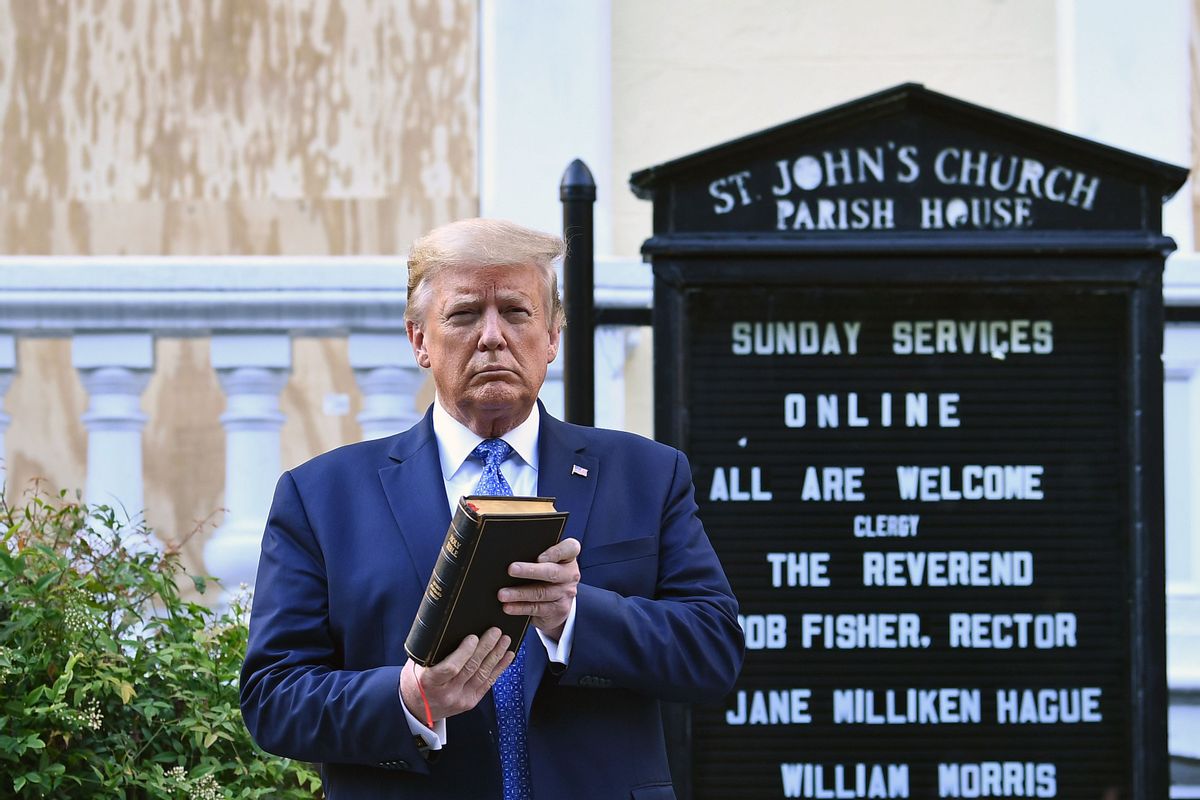 Shortly after law enforcement forcibly removed peaceful protesters from an area in front of St. John's Church on June 1, 2020, U.S. President Donald Trump walked over from the White House to take photographs holding a Bible. While many took to Twitter to criticize the use of force on protesters "for a photo-op" (an assertion that was later contradicted by a Department of Interior inspector general's report), some incorrectly claimed that the president was holding the Bible upside down. Video of the event shows Trump somewhat awkwardly fumbling with the Bible, but photographs from Getty Images and The Associated Press show that Trump was holding this Bible the right way up when he was photographed:

This rumor resurfaced June 25, when Trump took to Twitter to complain it had been repeated on a Fox News program: A version of this article was originally published June 3, 2020.

Previous Article
Next Article
Article 7 of 38 in Collection

[Update Nov. 10, 2021]: Noted that the claim that protesters were cleared "for a photo-op" was contradicted by an inspector general's report.