Did Trump Say 'Some People Say My Greatest Achievement' Was Developing COVID-19 Vaccine?

The former president dabbled in both COVID-19 skepticism and taking credit for the vaccine. 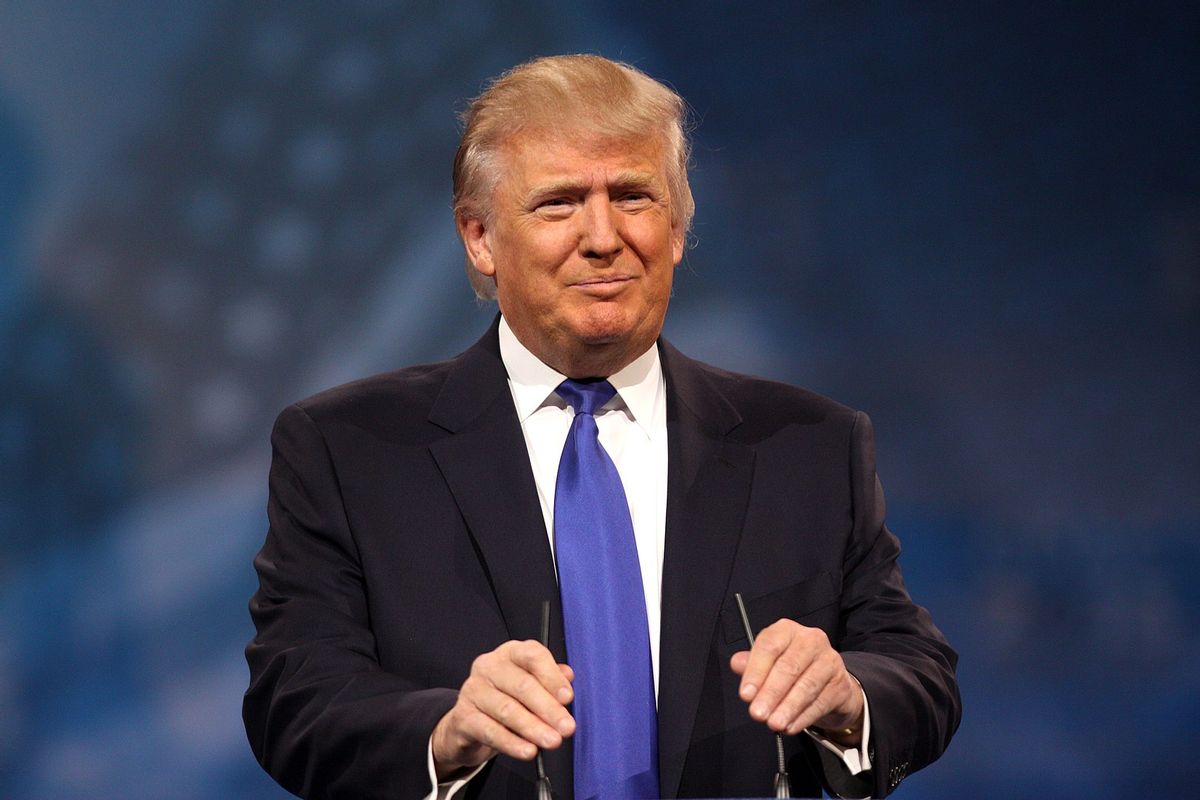 Claim:
Former U.S. President Donald Trump said, “There are some people that say my greatest achievement was getting the vaccine, because the vaccine was said to take three to five years, and most people said it wasn’t going to happen.”
Rating:

Former U.S. President Donald Trump took credit for the COVID-19 vaccine numerous times over the past few years, and in a 2021 interview, he claimed that people said it was his “greatest achievement.”

He made this particular claim in a July 2021 panel interview with a group of historians. The full interview is available on the Princeton University Library website. Around 18 minutes into the interview, Trump said: “There are some people that say my greatest achievement was getting the vaccine, because the vaccine was said to take three to five years, and most people said it wasn’t going to happen.”

We made maybe one of the best bets in history because we bought billions and billions of dollars worth of the vaccine by saving time long prior to knowing whether or not it was going to work. Now, I had an idea it was going to work. I had a meeting with the drug companies. I put tremendous pressure on the FDA. If you interview them, they will tell you, we don’t like him. But if they liked me it would’ve been three years, five years, and probably you wouldn’t have a vaccine. They were very bureaucratic. They were very slow.

One of the historians interviewing Trump, Julian Zelizer, a professor at Princeton and the editor of a scholarly history of Trump’s administration, wrote in the Atlantic that the former president wanted to speak to them and his own team arranged the interview.

Trump had reached out to dozens of people who were in the process of chronicling his presidency, and according to Zelizer: “For someone who claimed indifference about how people in our world viewed him, Trump was spending an inordinate amount of time—more than any other ex-president that we know of—trying to influence the narratives being written about him.”

Trump attempted to sell the historians on “his side of the story,” according to Zelizer:

[Trump said,] “I’m looking at the list, it’s a tremendous group of people, and I think rather than being critical I’d like to have you hear me out, which is what we’re doing now, and I appreciate it.” In preparation for the meeting, [Trump's] staff had already supplied us with documents that portrayed him as a conventional president with a moderate record.

While the U.S. government did spend billions of dollars to get COVID-19 vaccine doses, they were not a part of Pfizer’s vaccine-development process, which was the first company to produce and distribute the vaccine. The Trump administration could claim credit for distribution of that vaccine, though not its development.

Trump also played a big role in the growth of vaccine skepticism, because of his denigration of scientists and his earlier claims that the virus was not threatening.

Trump claiming credit for the COVID-19 vaccine is not new, and in his interview where he appears to try to influence how his legacy will be portrayed is no different from his old talking points. We rate this claim a “Correct Attribution.”