Trump's tweet followed a report from a television station in Topeka, Kansas, based on an anonymous Goodyear employee's screenshot. 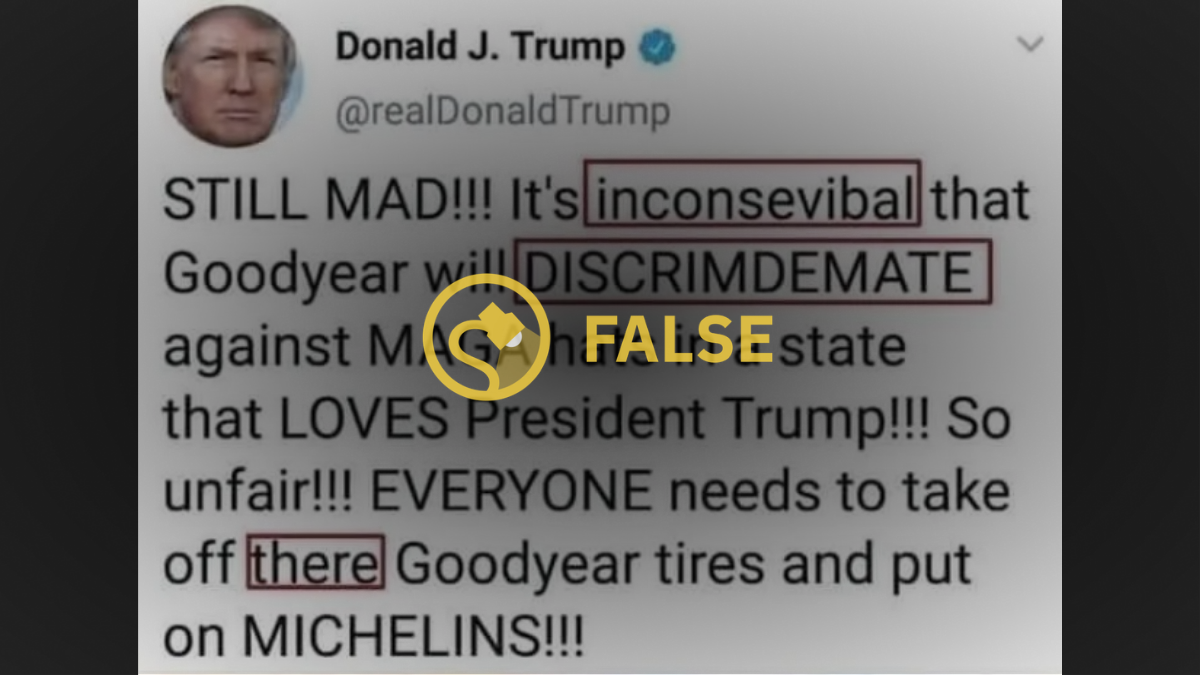 Claim:
An image shows an angry tweet by U.S. President Donald Trump about Goodyear tires which was full of misspellings.
Rating:

In August 2020, U.S. President Donald Trump urged consumers to boycott tires sold by the Goodyear Tire and Rubber Co., asserting that the Ohio-based company had "announced a ban on MAGA hats" (i.e., hat's bearing Trump's "Make America Great Again" campaign slogan). Goodyear countered by stating that they had not specifically "banned" MAGA hats, but had only asked associates to "refrain from workplace expressions in support of political campaigning for any candidate or political party" -- a policy that would discourage the wearing of apparel promoting the candidacy of not just Trump, but of Democratic presidential nominee Joe Biden, or of any other candidate for office.

Shortly afterwards, social media users began circulating an image of a purported tweet from Trump, an angry broadside directed at Goodyear which was chock full of egregious misspellings supposedly documenting how "stupid" the president "really" is: This image was a fabrication, not a genuine tweet issued by Trump. The only message Trump tweeted about Goodyear was the following. Although it may not be 100% factually accurate, it contained no misspellings: