Did Trump Wish Ghislaine Maxwell Well During a Briefing?

The claims circulated after a July 2020 White House press briefing on COVID-19. 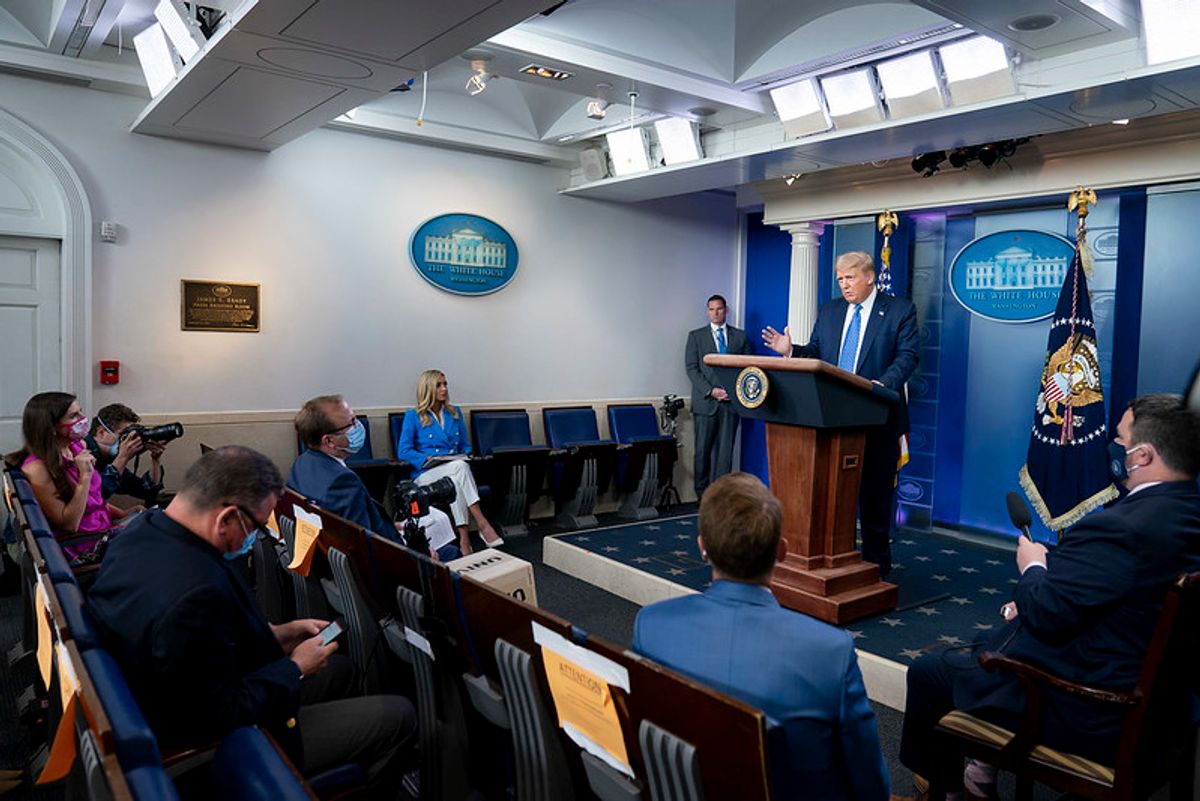 During a COVID-19 press briefing at the White House in July 2020, U.S. President Donald Trump said that he had met accused sex trafficker Ghislaine Maxwell "numerous times over the years” and that he wished her well.

Trump’s words were widely shared on social media, including in a Facebook meme posted by a political group known as “Ridin’ With Biden,” a project supported by the advocacy organization Occupy Democrats.

The claim that Trump sent well wishes to Maxwell is true.

REPORTER: And my follow-up — my second question; it’s a little bit different topic, but it’s one that a lot of people are talking about. Ghislaine Maxwell is in prison, and so a lot of people want to know if she’s going to turn in powerful people. And I know you’ve talked in the past about Prince Andrew, and you’ve criticized Bill Clinton’s behavior. I’m wondering, do you feel that she’s going to turn in powerful men? How do you see that working out?

The remarks took place on July 21, toward the end of the press conference when the forum was opened up to reporter questions. It can be seen in the below C-SPAN video around the 20-minute mark:

President Trump has been photographed with Maxwell in the past, Snopes previously reported.

Maxwell was arrested on July 2 for her alleged involvement in sex trafficking crimes of which former boyfriend Jeffrey Epstein was accused. She is charged with procuring and “grooming” at least three underage sex partners — one as young as 14 — between 1994 and 1997. Maxwell has denied the accusations and contends her innocence, reported Reuters.