Is 'Trump' Tattooed on This Man's Forehead?

A photograph of a man with the word "Trump" tattooed on his forehead was hard to believe. 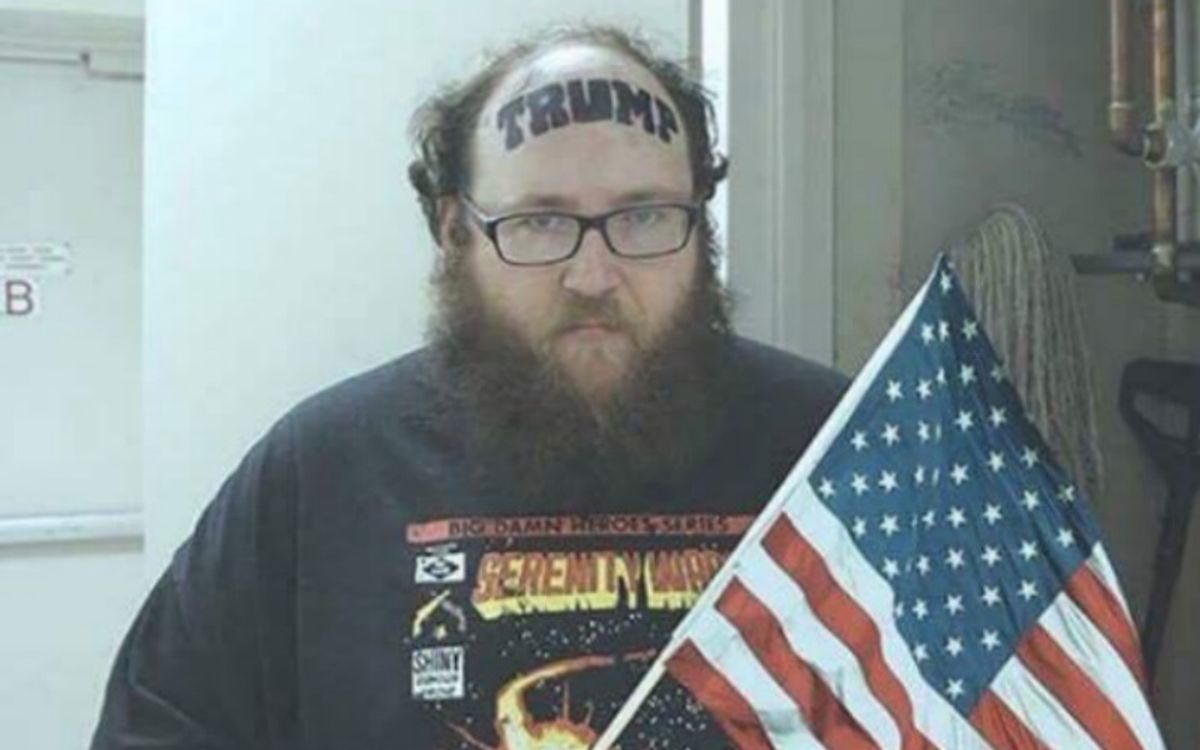 Claim:
A photograph shows a man with the word "Trump" tattooed across his forehead.
Rating:

In October 2016, an image purportedly showing a man with the word "Trump" tattooed across his forehead (in support of Republican president candidate Donald Trump) was widely circulated on social media, with one of the most popular versions appearing on the "Occupy Democrats" Facebook page: I see deep regret in this deplorable's future.

This image, however, is not a real photograph of a man with "Trump" tattooed on his forehead. The series of pictures from which it came have been circulating since 1 April 2016, when they were created as an April Fool's Day joke by Inked magazine:

Here at Inkedmag.com we spend every waking second of our days looking at tattoos—good tattoos, bad tattoos, sexy tattoos, silly tattoos, scary tattoos and every other type of tattoo you can imagine. So take that into consideration when we tell you that when this tattoo came across our Instagram feed last night everyone stopped what they were doing immediately to take in the sheer magnitude of what we had just experienced—somebody had “Trump” tattooed on their forehead.

All we had seen was a selfie of a man sporting a fresh tattoo of The Donald’s surname standing outside of Trump Tower, but we knew that we had to find this man. And find him we did. His name is Kyle Campbell and he is originally from Peoria, Illinois, and he was more than happy to talk to us about the bold political statement he has chosen to make.

Although Inked never explicitly stated that the article was an April Fool's Day joke, several signs pointed to it. First, the article bore no publication date. Second, the photographs of the "Trump" tattoo were reportedly taken during the tattoing process and immediately after, yet the skin of the recipient showed no signs of irritation. And last, while Inked reported that the man with the Trump tattoo was named "Kyle Campbell," he is actually the article's author, Charlie Connell.

Here's a photograph of Connell (below on the left) compared with "Kyle Campbell" and his Trump tattoo: