Was a Man in a Trump-Shaped Floatie Charged with Assault for Breathing on People?

One of those stories you couldn't make up if you tried. 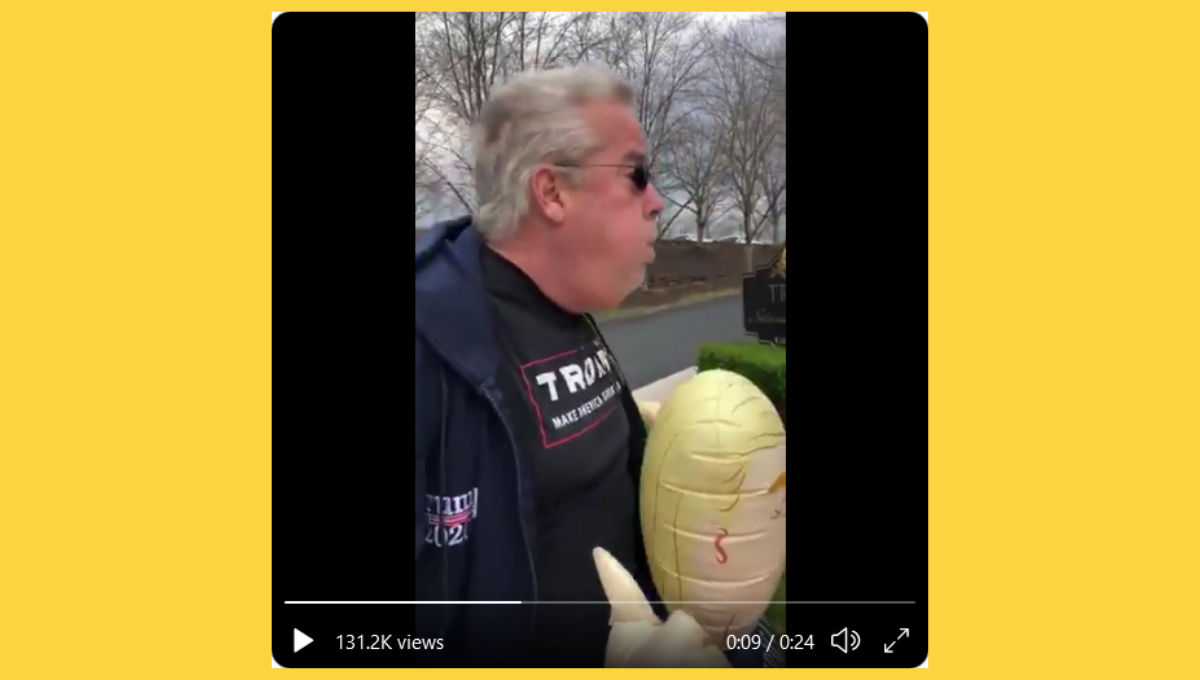 Claim:
A man wearing a Trump-shaped floatation device was charged with assault for breathing on people.
Rating:

During the ongoing COVID-19 pandemic, a man wearing an inflated flotation device bearing the visage of U.S. President Donald Trump was charged with misdemeanor assault after he took a deep breath and blew on protesters outside president's golf club in Virginia.

The incident was captured in a video that went viral on Twitter. It happened on Nov. 21, 2020, outside Trump National Golf Club in Loudon County, Virginia.

NBC News identified one woman heard in the video as Kathy Beynett, a resident of Leesburg, Virginia, who has been protesting at Trump's golf club over the course of his presidency.

In the video, at least two women can be heard telling the floatie-wearing man to get away from them as he approaches, stating that he's not wearing a face mask. He then blows on them.

The Loudoun County Sheriff's Office said in a public statement that the man in the floatie, identified as Raymond Deskins, 61, was served with a warrant to appear in court on a simple assault (misdemeanor) charge.

The image of Deskins ensconced in the Trump pool floatie likely helped the story go viral online. Here it is on the subreddit "Of Course That's a Thing":