A day after the announcement, the president tweeted, "BEST USA ECONOMY IN HISTORY!" 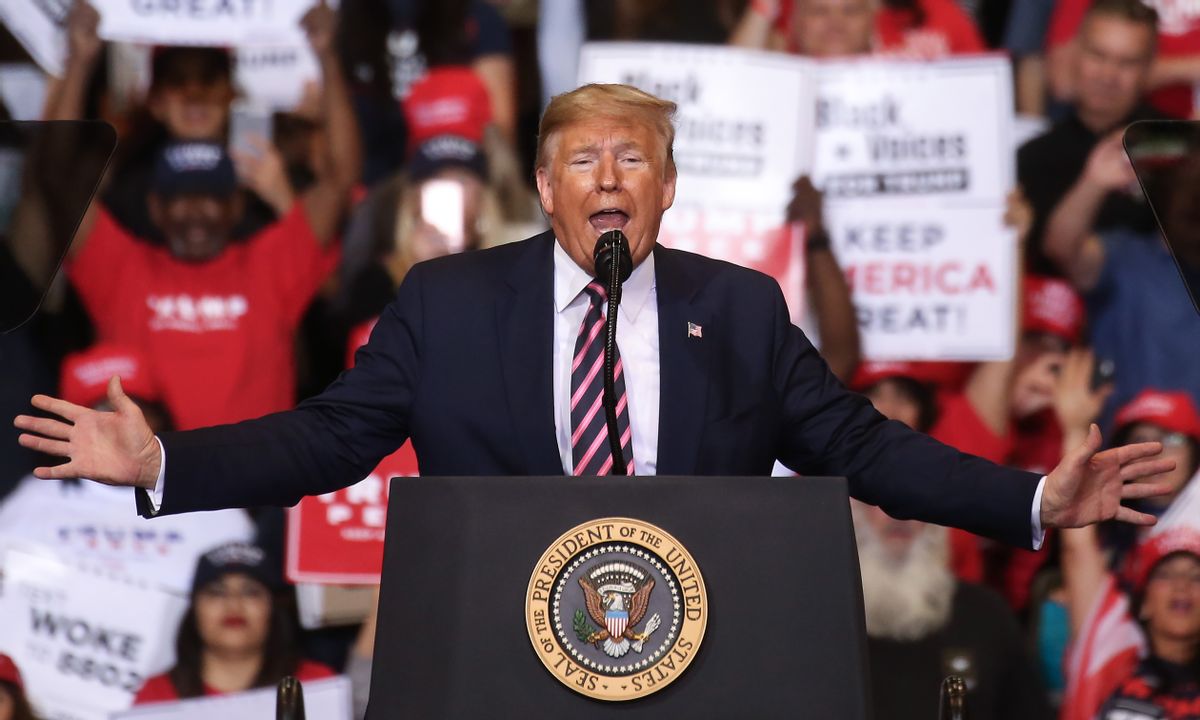 On Feb. 10, 2020, U.S. President Donald Trump sent a message to Congress proposing to slash proposed pay raises for federal employees by more than a half. But his reasoning for doing so appeared to contradict his public commentary on the strength of the economy, prompting several Snopes readers to ask if the proposal was real.

It was. In the message, Trump stated that federal law "authorizes me to implement alternative plans for pay adjustments for civilian Federal employees covered by the General Schedule and certain other pay systems if, because of 'national emergency or serious economic conditions affecting the general welfare,' I view the increases that would otherwise take effect as inappropriate."

Congress approved a 3.1% raise for federal workers, which went into effect in 2020. It was the largest pay increase in a decade. Legislation introduced for 2021 calls for for a 3.5% increase. Trump on the other hand proposed a 1% raise that will go into effect unless Congress approves an alternate amount, confirmed Tim Kauffman, spokesman for the American Federation of Government Employees (AFGE), the largest employee union representing federal workers.

It's not unusual for presidents to make efforts to prevent full pay raises for federal workers from going into effect, Kauffman said. What is unusual is that Trump is using the economy to justify cuts even as he has been outspoken about the strength of the economy. One day after his message to Congress, Trump tweeted, "BEST USA ECONOMY IN HISTORY!"

We sent a question to the White House Press Office asking for an explanation for the seeming contradiction but got no answer.

"If the economy is doing so well, then why can’t we afford to provide a pay raise to the federal workers, a third of whom are veterans, who ensure our democracy is working every day and ensure services are delivered," Kauffman said. "Currently federal employees make about 4% less today than they did at the start of the decade, counting for inflation."

Federal employee raises fall under the purview of the Federal Employees Pay Comparability Act of 1990, a law that is intended to ensure that government worker compensation is on par with the salaries of their peers in the private sector.

But "every single president except maybe the first year [the law was in effect] under [George H.W. Bush], they have used national economic concerns to prevent the full raise from taking effect," Kauffman said.

Clarified quote from Tim Kauffman, spokesman for the American Federation of Government Employees.