Did President Trump Refuse to Give Federal Aid to California Because of the State's Sanctuary Cities? 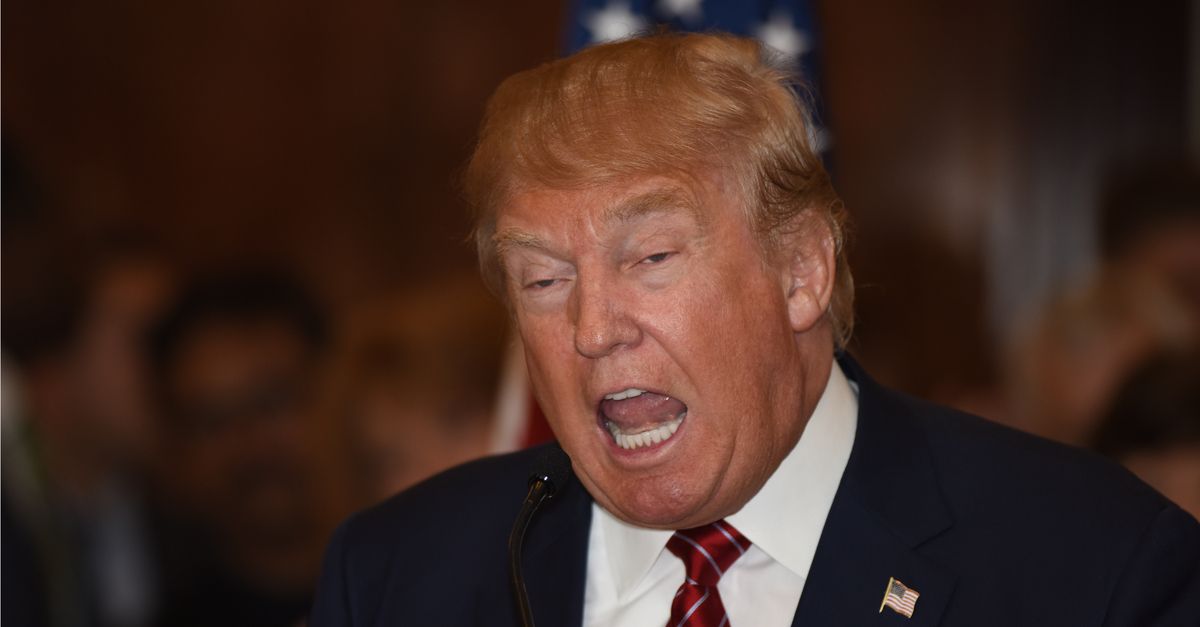 Claim:
President Trump refused to give federal support to California due to state's sanctuary cities.
Rating:

Nearly 200,000 people were told to evacuate from counties in Northern California in February 2017, due to a damaged emergency spillway at the Oroville Dam, the tallest dam in the nation:

The threat of imminent collapse of the Oroville Dam emergency spillway eased Sunday night, hours after authorities ordered the evacuation of more than 180,000 downstream residents upon discovering damage to the structure.

But there is still serious concern about the condition of the auxiliary spillway, and it’s unclear when residents will be able to return to their homes.

With a storm expected to arrive Wednesday, the state Department of Water Resources needs to make room for the water that will be flowing in. The agency aims to drain about 1.2 million acre feet of water from the reservoir over the next day or so. The capacity of the reservoir, California’s second-largest, is about 35 million feet.

Gov. Jerry Brown declared an emergency to beef up the state’s response to the evacuations and dam threat.

Shortly after news about the damaged dam broke, the Sacramento Dispatch web site published an article reporting that President Trump had refused to provide federal aid to California, due to the existence of sanctuary cities within the state:

A high ranking unnamed source, who spoke with the Dispatch on the condition of anonymity, has confirmed that President Trump has denied the request on grounds that California, and the city of Sacramento in particular, have failed to enforce federal immigration laws and have threatened to succeed from the Union.  The source is quoted as saying:

“The President has no incentive in helping the state of California.  The state harbors more illegal immigrants than any other state and has multiple sanctuary cities that violate federal laws.   The state very publicly supported Hillary Clinton throughout the election and the President views the state as being responsible for his loss in the popular vote, something he has had trouble with accepting.  They have also recently threatened to leave the Union through their #CalExit campaign, and the President sees this as an opportunity to let them deal with the consequences of their exit.  There is a sickness within the liberals in this country that they are not willing to address.  Until they understand what ails them can they hope to find the cure.  This is a step in the right direction in finding the #CureForWellness. “

The Sacramento Dispatch did not point to any official statement released by the Trump administration, instead basing their article on a quote from a single unnamed source. As of this writing, no legitimate publications have reported that President Trump refused to provide federal aid to California, nor does information about the alleged refusal appear on FEMA's news releases page.

Although the Sacramento Dispatch web site mimics that of real newspapers and does not identify itself as fake news, the site has a track record for publishing hoaxes (e.g., reporting that the American Medical Association had classified "Trump Depression Disorder" as a new disease).

The Sacramento Dispatch web site appears to be part of a new network of fake news sites that masquerade as the online outlets of big-city newspapers. Other entries in this fake news network include the Houston Leader and the Salt Lake City Guardian web sites, all of whom use nearly identical web formats, share verbatim site descriptions, and republish one another's articles in an attempt to legitimize their fake news stories: (The curious use of the #CureForWellness hashtag in the article in question has led some readers to surmise that this network of fake news sites is tied to the release of the psychological horror thriller film A Cure for Wellness.)

Governor Brown also issued an executive order today that adds the counties of Amador, Mono and Riverside to the 49 counties already included in the emergency proclamation issued last month due to January storms. The order also authorizes state funding through the California Disaster Assistance Act for 34 counties impacted by the storms and directs the California Department of Transportation to formally request immediate assistance through the Federal Highway Administration's Emergency Relief Program for Amador and Riverside counties.

It should be noted that Brown's request for aid was made prior to issuance of the evacuation order. On 12 February 2017, Brown issued an emergency order to bolster the state's response to the crisis:

"I've been in close contact with emergency personnel managing the situation in Oroville throughout the weekend and it's clear the circumstances are complex and rapidly changing," said Governor Brown. "I want to thank local and state law enforcement for leading evacuation efforts and doing their part to keep residents safe. The state is directing all necessary personnel and resources to deal with this very serious situation."

The Governor's Office of Emergency Services has activated the State Operations Center in Mather, California to its highest level and is coordinating with personnel at the Incident Command Post in Oroville, California and with other local, state and federal emergency response officials to address all emergency management, evacuation and mutual aid needs.

The state's National Guard has already been dispatched to provide emergency assistance:

A California National Guard official says they will provide eight helicopters to assist with emergency spillway reconstruction at the nation’s tallest dam located about 150 miles northeast of San Francisco.

Adjunct General David S. Baldwin said at a news conference that the helicopters will also be available for search and rescue near the Oroville Dam.

He added that the California National Guard put out a notification to all 23,000 soldiers and airmen to be ready to deploy if needed.