Did Thousands of Young Trump Supporters Enlist After Soleimani's Killing?

"Recruiters from coast to coast are reporting that they have lines out the door and around the block full of young men and women, proudly wearing their Make America Great Again hats, ready to enlist to go to war against Iran." 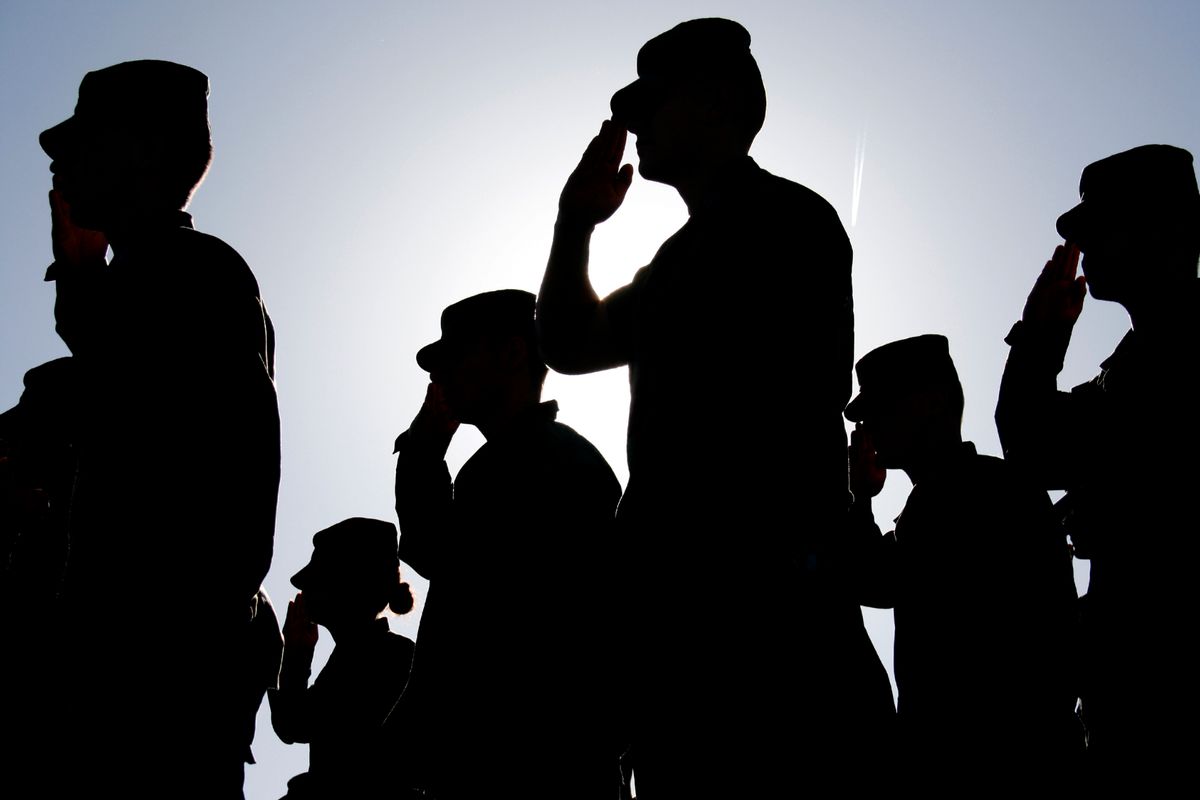 Several soldiers salute the flag at sunset during a military exercise. Army, Marines and Air Force were represented at the ceremony. (Image Via Getty Images)

On Jan. 3, 2020, Taters Gonna Tate published an article positing that thousands of young supporters of U.S. President Donald Trump had enlisted in the military following the U.S.-ordered killing of Iran Gen. Qassem Soleimani:

While liberals cry over a dead Iranian general, young Trump supporters are stepping up by the thousands to help the cause and serve their country. Recruiters from coast to coast are reporting that they have lines out the door and around the block full of young men and women, proudly wearing their Make America Great Again hats, ready to enlist to go to war against Iran.

While thousands of Trump supporters did not enlist in the military following Soleimani's death, the killing of this Iran general did result in an increase of web searches about the possibility of a military draft. The U.S. Selective Service System even posted a statement on Twitter saying that Congress and the president would have to pass legislation to authorize a military draft:

Tatersgonnatate.com.   "Thousands of Young Trump Supporters Show Up at Local Recruiters to Volunteer for Duty."     3 January 2020.

Weinberg, Abigail.   "The Selective Service’s Website Crashed and Not Because People Are Rushing to Enlist."     Mother Jones.   3 January 2020.