Did Trump Tweet That If 'Dow Joans' Tanked, the President Should Be Shot Out of a Cannon? 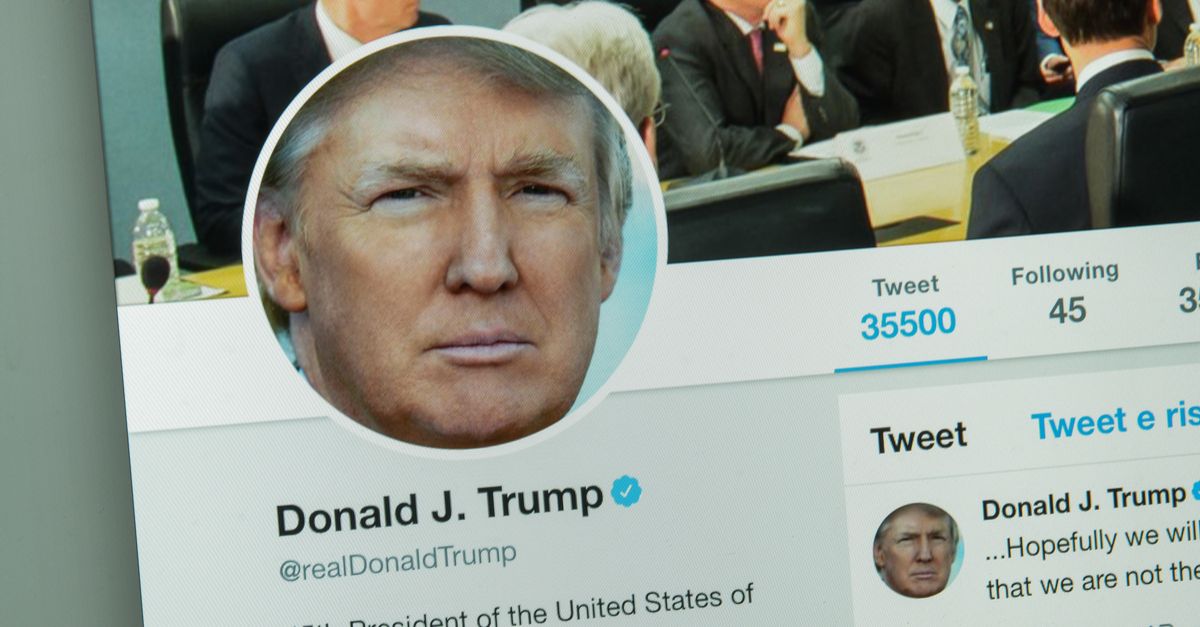 Claim:
Donald Trump tweeted in 2015 that the president should be shot out of a cannon if the "Dow Joans" dropped more than 1,000 points.
Rating:

On 5 February 2018, Shaun Usher, the owner of the blog "Letters of Note" posted an image on Twitter that purported to show Donald Trump opining that any president presiding over the United States during a stock market crash of more than 1,000 points should be "shot out of a cannon."

Although the image was intended to poke fun at now-President Trump's prolific Twitter use and his timeline that has offered a running joke that puts his past criticisms of his predecessor, former President Barack Obama, in context with current events (such as a precipitous stock market drop a few hours before), this tweet was not real: Apparently quickly remorseful for the rapid spread of the inauthentic tweet, Usher tried to backtrack, humorously wondering if he could be arrested for creating a viral-but-fake post attributed to President Donald Trump:

Sweet mother of god. Not for one second did I think people would believe that to be genuine.

omg it's everywhere. What have I done.

siri can i be arrested for making a fake tweet

In a message sent via Twitter, Usher confirmed he was the tweet's author and that it was not real. He told us:

Naively thought it too ridiculous to be believable. Says a lot, really. Was going to delete it but it was everywhere within minutes: feels like I need to leave it up in its place of birth.

President Trump has legitimately tweeted about the stock market in the past, however: Creating fake tweets is extremely easy and can spread virally within minutes — as Usher has now demonstrated, even if unintentionally.