Some Concerned Over Trump Veteran Donations

While money raised during an event for veterans was donated to the Donald J. Trump Foundation, it was eventually given to various veterans' charities and not used for his presidential campaign. 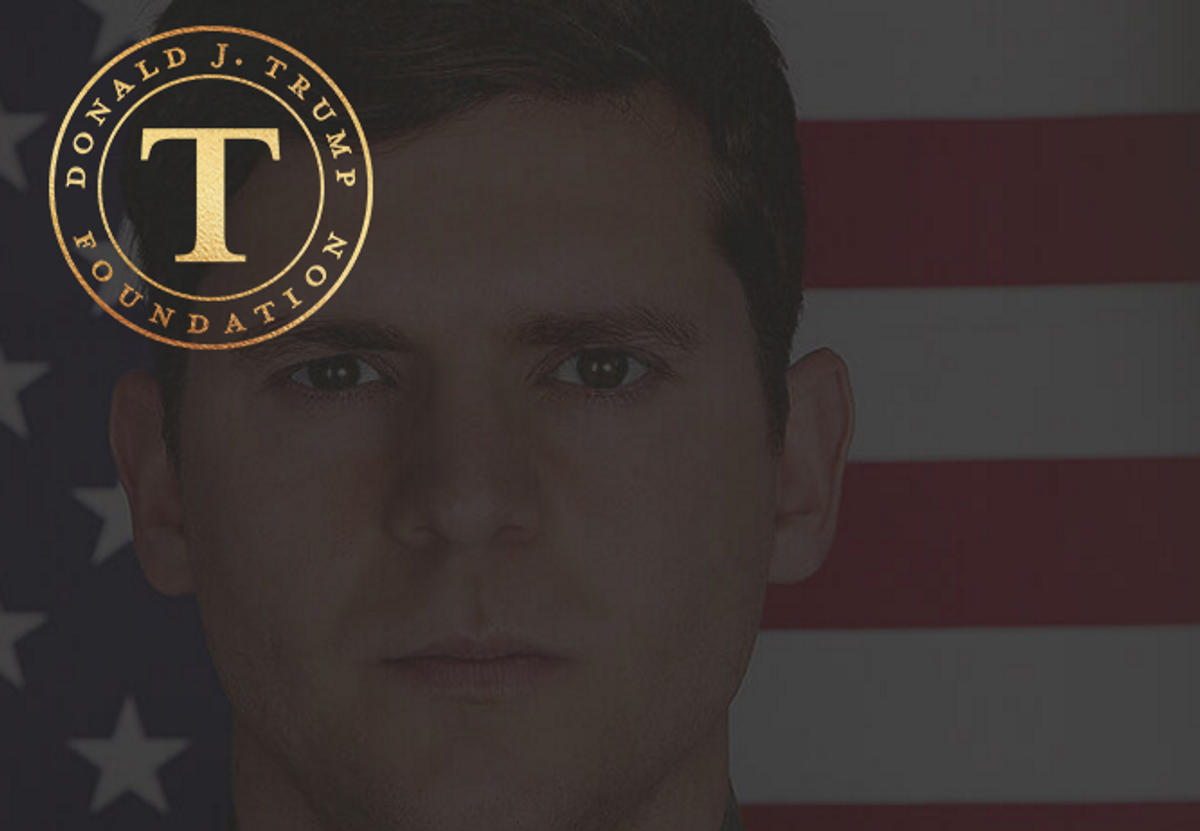 Claim:
The donations raised during a benefit event for veterans went to Donald J. Trump's personal foundation instead of veteran charities.
Rating:

Around half of the money raised during a Donald Trump-hosted event for veterans was donated to the Donald J. Trump Foundation.

However, those funds were ultimately given to veterans' organizations and were not used for Trump's presidential campaign.

While most of the leading Republican presidential candidates attended a Fox News-hosted debate in Iowa on 28 January 2016, Donald Trump boycotted the event (as a protest over Fox's allowing Megyn Kelly, whom Trump felt had asked him "unfair questions in a previous debate, to serve as a moderator) and instead hosted his own event as a fund-raiser for veterans. The Donald J Trump Foundation is a 501(c)(3) nonprofit organization. An email confirmation with a summary of your donation will be sent to the email address provided above.

Around half of the $5.6 million raised by Trump during his veterans' charity event on 28 January 2016 was initially paid to the Donald J Trump Foundation, before then being distributed to veterans groups. The rest of the funds raised were donated directly to veterans charities, without first passing through the foundation. It's inaccurate to say that the money ended up in the candidate's personal account or was used to fund his presidential campaign.

The handling of the donations became part of the focus of a lawsuit brought by the New York Attorney General’s office against the Trump Foundation, the president, and Ivanka and Eric Trump in June 2018. The lawsuit alleged that the joint operation of the fundraiser by the Trump foundation and the Trump's presidential campaign, among other examples, constituted “improper political activity.” When the case was finally settled in 2019, the New York Supreme Court noted that "the Funds did ultimately reach their intended destinations, i.e., charitable organizations supporting veterans."

In response to queries over the matter, on 31 May 2016 Donald Trump held a press conference to announce that he eventually gave "close to six million dollars" to veterans’ groups and that the press "should be ashamed of themselves" for asking questions about the money he donated.

"I have never received such bad publicity for doing such a good job," Trump said in a press conference at Trump Tower in Manhattan. He issued a list of the veterans groups who received the money, saying that "As of this moment, [the total amount donated] is $5.6 million. All of the money has been spent."

Trump said he didn't release the names of the veterans organizations sooner because he wanted to respect their privacy and asserted that the money for a number of these groups had already been delivered some time earlier.

Marine Corps Law Enforcement Foundation: $1.1m (including $1m from Trump himself, he says)

Project for Patriots: $100,000 (this “check is check is ready to go” but Trump is still vetting the group, he says, awaiting an “IRS determination letter”. “They have to give us that final document”.

“And I believe we’re going to have some more coming in.”